Over the last 2 days my spare time has been short but yesterday afternoon a trip to Hope Gap was in order. A Crimson Speckled Footman moth had been seen over the weekend and I would love to see another one of these very rare moths. There were quite a few butterflies flying in the warm late afternoon sunshine including several Small Copper and also some Clouded Yellow. I was lucky to see this Clouded Yellow settle. It was actually a helise with very pale upper wings. 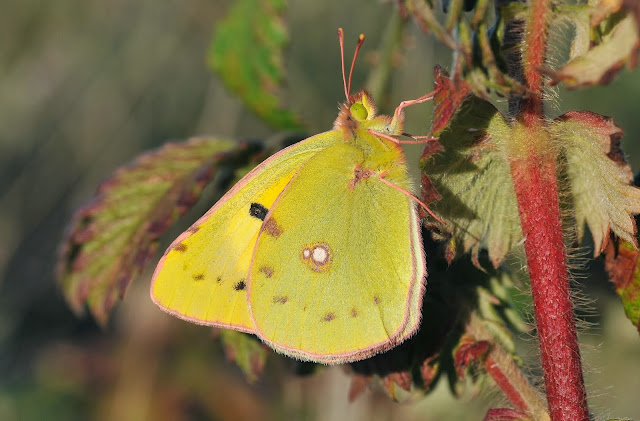 Today I decided to visit my home patch. It was really relaxing after all the chasing of Long-tailed Blues recently. 11 species were seen, a very good number for October with another Clouded Yellow seen. Lots of Speckled Wood and Meadow Brown. More usual Autumn butterflies included this smart Comma.
﻿ 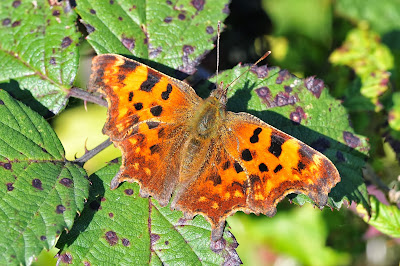 Then, just when I was least expecting it another male Long-tailed Blue appeared, well away from the other sites where they have been seen and some distance from the coast in the middle of the Downs. 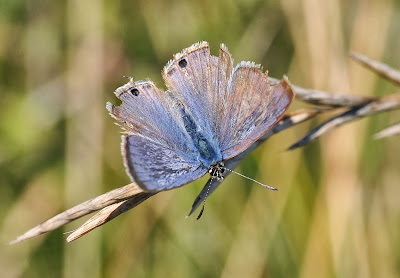 Posted by Bob Eade. at 18:42
Email ThisBlogThis!Share to TwitterShare to FacebookShare to Pinterest