My trip to Fuerteventura back in November brought a very good find in the form of several Argiope trifasciata, a close relative of our Wasp Spider.

Looking on the internet it appears the first sighting of this spider on the island was only back in 2016, so it is a recent colonist by the look of it and therefore is probably still quite a scarce species.

I first spotted the quite large spider from some distance and after getting closer a group of 5 were seen over quite a small area. It certainly is a smart creature with its silvery, but was not the easiest one to photograph despite it sitting very still. It was one of my favourite finds during the trip and I was amazed that I had forgotten to post these photos before!! 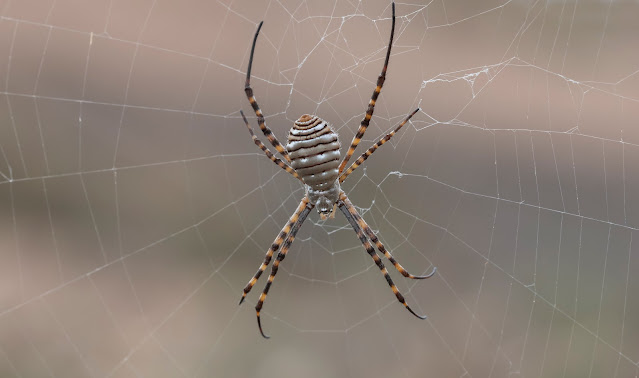 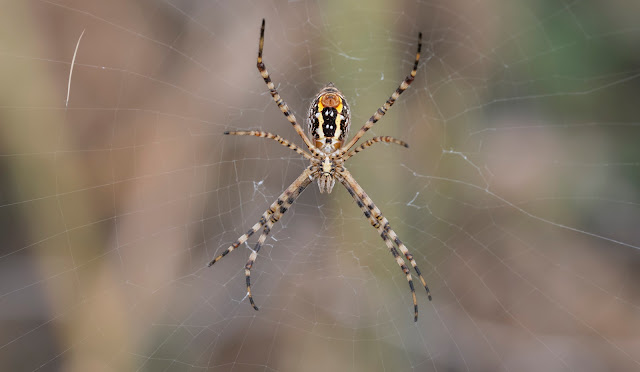 I also seemed to have missed posting any pictures of the Sahara Bluetail damselflies. I did see many of these on both of my trips over the past couple of years, but this damselfly is a very smart insect and worthy of posting my best shot from this latest trip.

We did also see a couple of Vagrant Emperor Dragonflies, but the only one that sat and posed was when my camera was not with me. However, we did see plenty Red-veined Darters and a few Scarlet Darter, or Broad Scarlet as its called over in Fuerteventura. 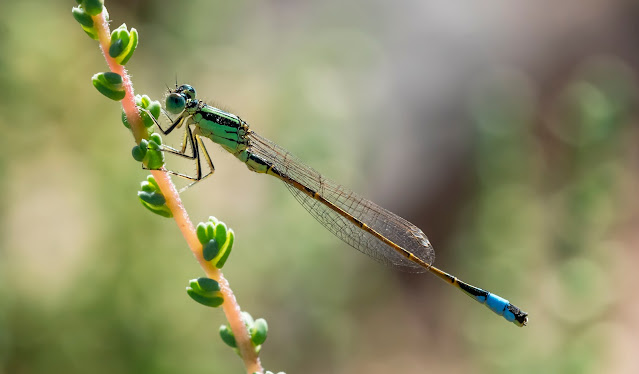 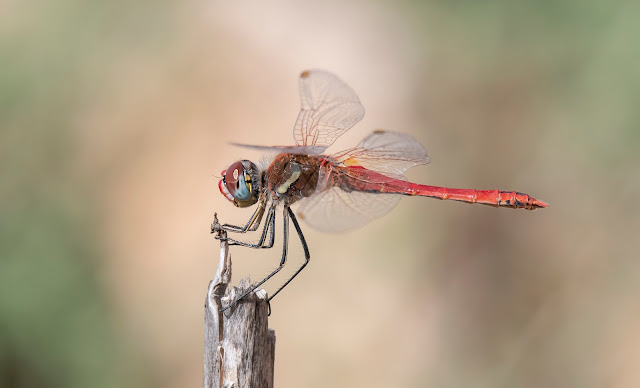 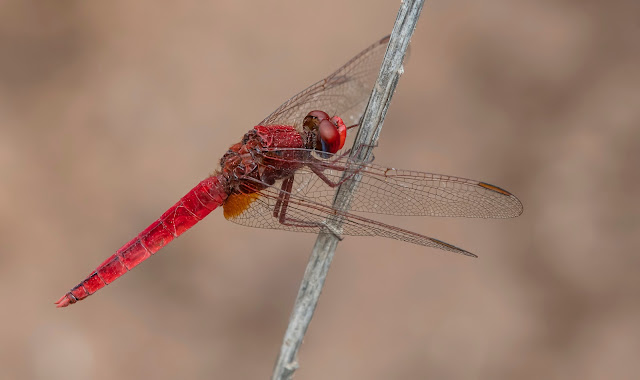 Posted by Bob Eade. at 10:27
Email ThisBlogThis!Share to TwitterShare to FacebookShare to Pinterest