On Christmas Eve Matt and I had what is becoming an annual visit to Dungeness. Although no notable birds were being reported from there the purpose of the visit was really to have a bit of quality time with him as he doesn't manage to get over this way that often. In fact the cameras were nearly left behind as it just wasn't a photographic day.

We did stop at Pett Level first and were both surprised and pleased with the enormous numbers of Lapwing in the area. Several Marsh Harriers were also seen as well as a few Ruff, which included one that was already changing to its Spring adult plumage.

We then moved to the area around Lydd where we saw the 35 Bewick's Swans in the arable field. It was good to see that the Swans had obviously had a better breeding season as there were several juvenile birds in the flock.

It was then onto Dungeness, the first time for ages that we had walked around the reserve. It did seem very odd that most of the hides had been taken away and replaced with screens. Fortunately it was a mild dry day but I certainly wouldn't want to stand there on a typical winter's day in Dungeness!! There have been many negative comments about this so I won't dwell on it!!

The Bearded Tits didn't show for us, but a stunning Firecrest was good to see. I can't remember seeing a Firecrest last winter so it was the first for a while. Several more Marsh Harriers and some Great White Egrets are always good to see here and one male and 3 juv/female Goldeneye were also special as this species is getting scarcer down south.

Several Water Pipits were seen flying around high over a boggy field, although only distant views but their call gave them away to Matt. The 2 Glossy Ibis we were hoping to see and as we drove away from the reserve we saw them fly over the road. Fortunately they landed in the horse field and we managed to get close enough for some shots, although with the sun behind them we couldn't get the beautiful glossy sheen on the feathers.

The 2 Whooper Swans were at the far end of the ARC pit and we saw them both ways as we drove to the fishing boats. Not a lot to report on the sea, although a Caspian Gull was seen by Matt who was just trying to get me onto it as the flock took flight so I never saw it.

As we were about to drive home we took one more look at the horse field and 2 Cattle Egret were now feeding there, but they were a little flighty so no photos of them. We then had a magnificent male Merlin take off from a bush just in front of us. It landed eventually a few hundred metres away on a mound in the field.

A fabulous day out with the lad and a nice start to Christmas. 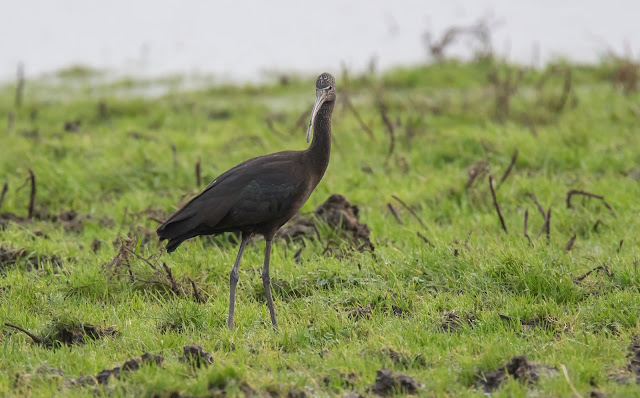 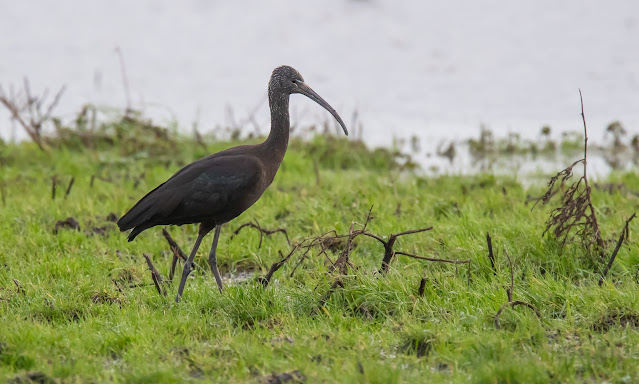 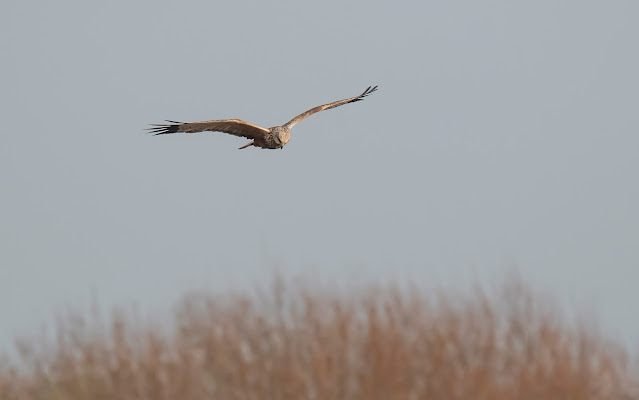 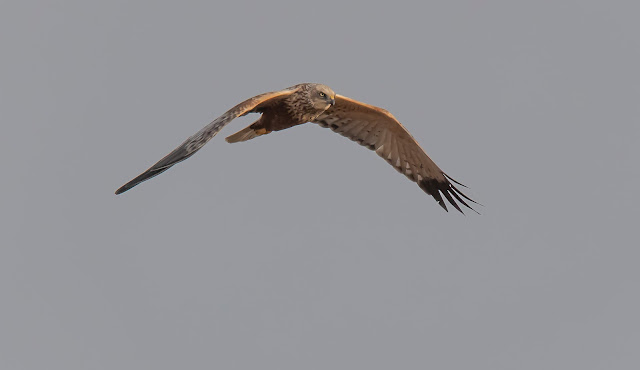 Posted by Bob Eade. at 11:04
Email ThisBlogThis!Share to TwitterShare to FacebookShare to Pinterest