With Autumn now giving us that beautiful colour show which we enjoy each year it's time to go out looking for some great fungi, and there are few that are as intriguing as the Octopus Stinkhorn.

Also known as the Devil's Fingers, this species was first seen in the UK around 1914 and originated from New Zealand or Australia although it is also found in South Africa.

It is still quite a scarce fungi in the UK and is found in a small number of sites with some being in Sussex. The first one I saw this year was just over 2 weeks ago when around 7 were seen with this one being the best example. 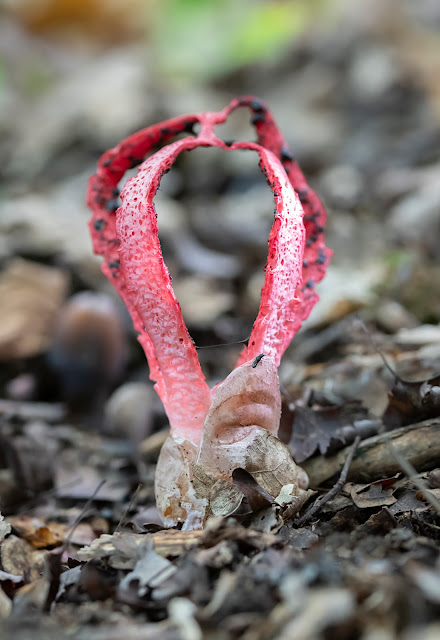 Octopus Stinkhorn (Clathrus archeri).
Another visit to the site this week produced many more and in different stages. The first sign is the 'egg stage' which is easy to miss and can be easily trodden on. The main reason that sites for this species is kept pretty quiet and secret!!
The egg stage then starts to open as the tentacles start to push out but just before that happens the colour of the tentacles can be seen through the top of the egg. 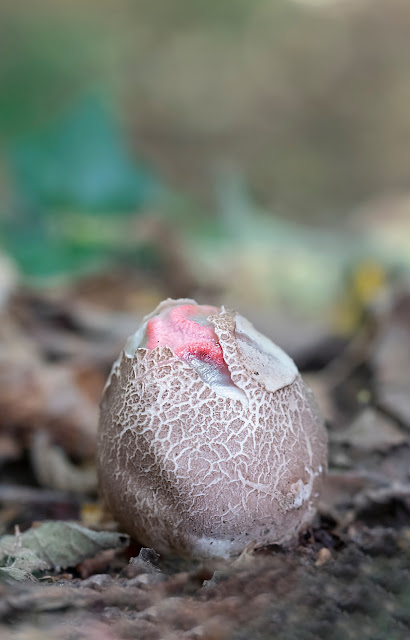 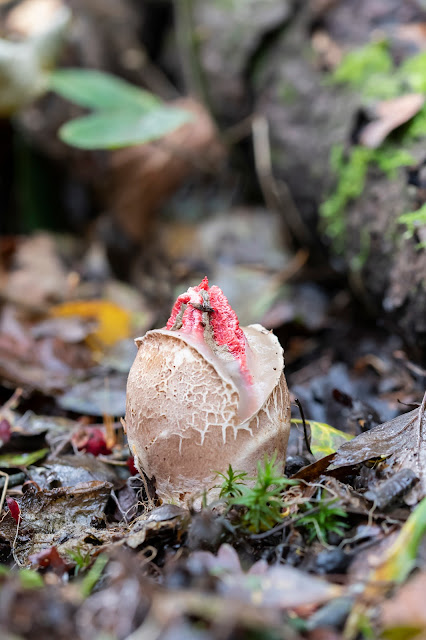 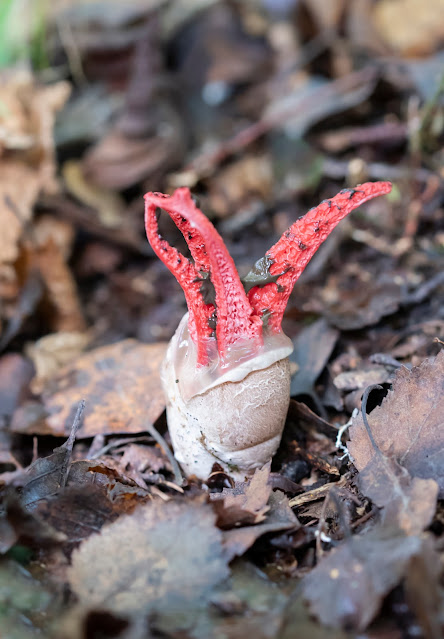 Three different Octopus Stinkhorn stages.
Eventually the tentacles come right out of the shell and after a while separate and spread out. These are often eaten by slugs very quickly, but they also smell putrid enough to encourage many flies to feed on them. 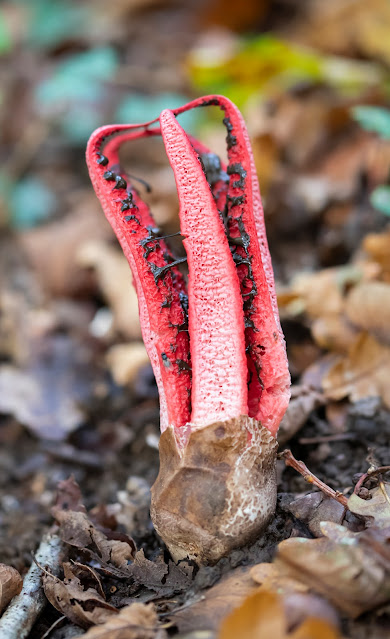 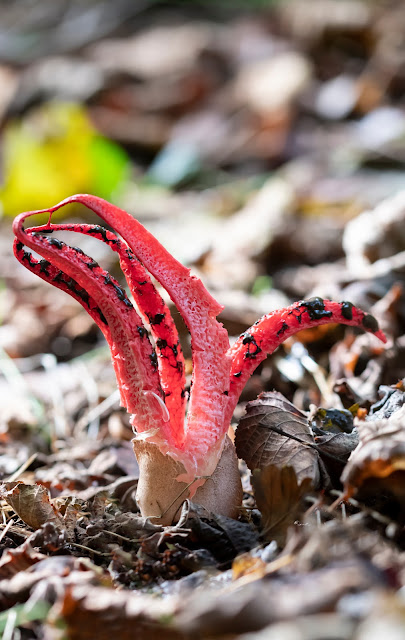 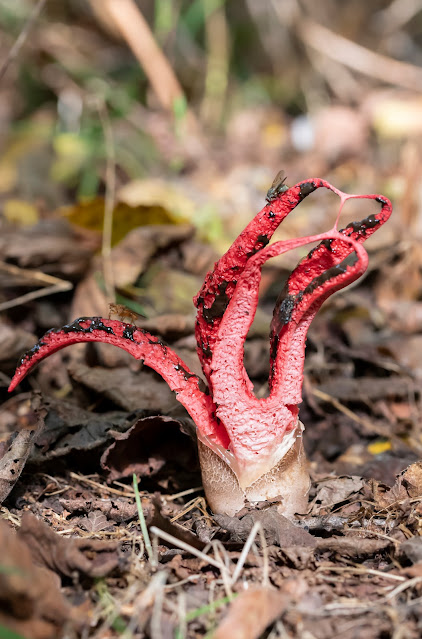 Octopus Stinkhorn being enjoyed by 3 flies.
In all there were about 30 of these incredible fungi in the area. Not quite what Ringo Starr was thinking about when he wrote Octopus's Garden, his song that appeared on the Abbey Road album by The Beatles!!
Also in the area were a small number of Dog Stinkhorn. Another strange and fascinating fungi. 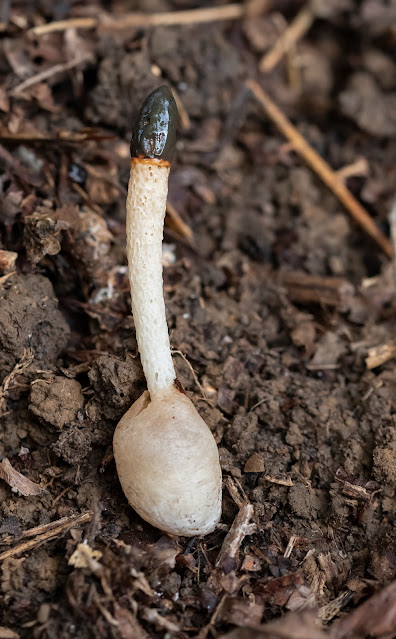 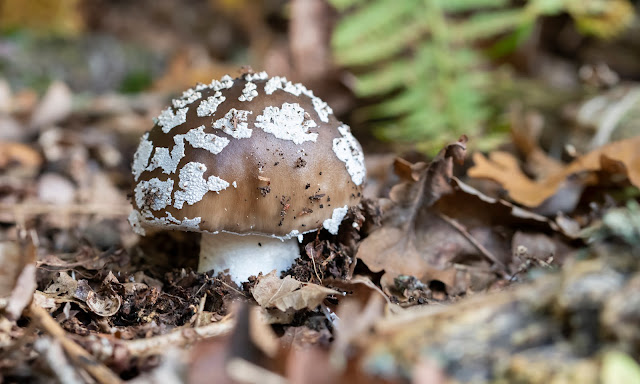 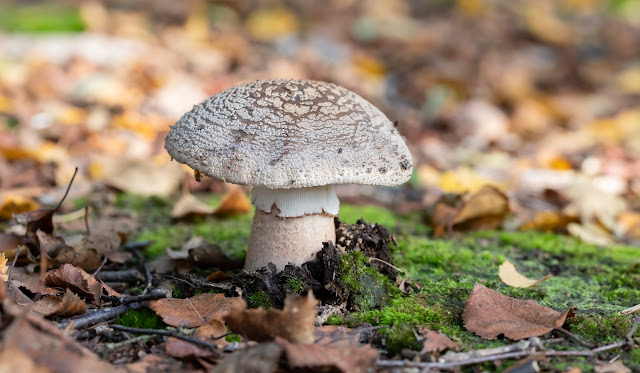 Posted by Bob Eade. at 12:36
Email ThisBlogThis!Share to TwitterShare to FacebookShare to Pinterest