Back in 2011, October 4th to be exact, I stumbled across a moth that I hadn't seen before. Unfortunately, I didn't realise the significance of the find until later or I would have taken many more photos of it.

The moth in question was the spectacular looking Crimson Speckled. 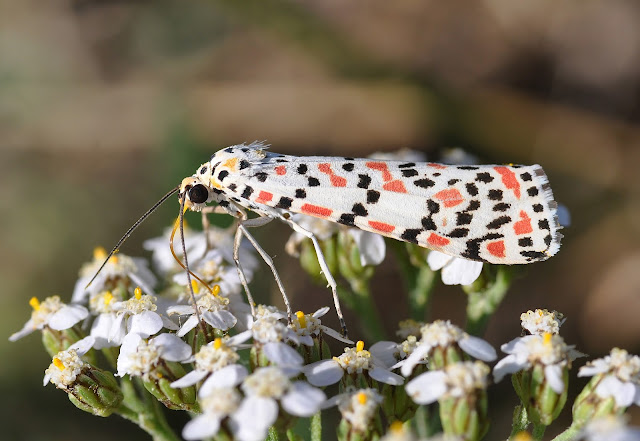 The 2011 Crimson Speckled.
Ever since then I have wanted to see another of these beauties. Every time I walk past the spot where I found the moth I remember that day and hope for another sighting.
Well, this year due to weather patterns and a healthy population on the continent there seems to be a massive influx of them. Bearing in mind that this moth had its best year in 2011 since Victorian times according to Colin Pratt, the Sussex Moth Recorder, and during 2011 only 5 of these moths were found in Sussex that year, there have probably been double that number already this year.
On Saturday night a good friend actually caught 2 of these beauties in his moth trap, and my chance of seeing Crimson Speckled again came to fruition. Needless to say, I have put my moth trap out a bit more this week as well as walking in areas where I hope to find one but so far no luck on that front. 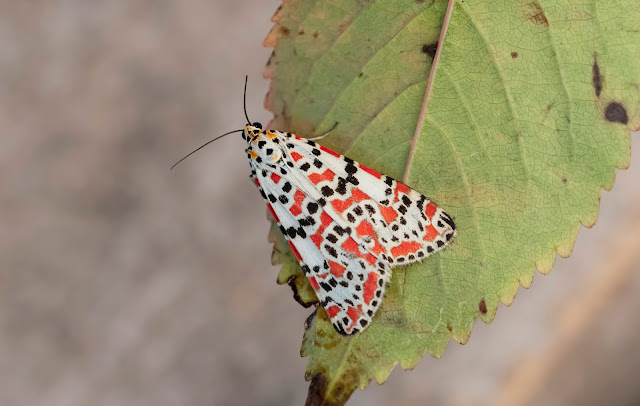 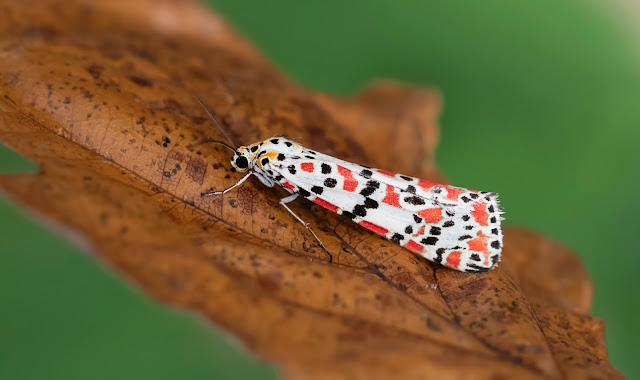 Crimson Speckled.
One of the two 2022 specimens I was invited to see.