A couple of weeks ago I went in search of the local Grayling, a butterfly that is just hanging on in Sussex and is probably top of the most endangered species in the county along with the Wood White.

My friend Lisa had never seen this species before and had asked me several weeks earlier if I could help her to see them.

The flight season started whilst I was away in Italy, so by the time we both had a day free the butterflies had been on the wing for nearly 2 weeks, however, I was very confident that we would find some really good specimens, and early signs from the site were certainly promising with the highest Grayling count for many years.

With only one other car in the car park it was clear that the site wouldn't be too busy, and I happened to know that the other car belonged to Neil Hulme so we knew that he would be looking for the same thing as us. In fact with the weather actually well below par Neil was the only other person we saw all day apart from a large group of naked ramblers that were braving it along the South Downs Way. I say braving it as it was actually quite a cool day. They certainly wouldn't get their bits sun-burnt!!!

It wasn't long before Lisa had seen her first Grayling with a male seen just a few hundred metres up the track that would eventually lead us to the Grayling hillside. It was very encouraging seeing one well away from the main site. We also started to see plenty of Chalkhill Blue and Six-spot Burnet moths. Both species were also seen mating.

Once we had arrived at the site we saw Neil in the distance and it wasn't long before we were chatting to him. By now the weather had taken a slight turn for the worst with a bit of light drizzle and quite a cool stiff breeze, however we realised that so long as we could find more Grayling this would stop them from being too active. By walking slowly across the site we soon had several Grayling, both male and female, and one did the usual Grayling thing of landing on Lisa's trousers and shoe. Lisa and Neil then started photographing this individual on her leg whilst I was thinking it was just as well that the naked ramblers had stayed up on the South Downs Way otherwise the Grayling may have landed on parts that no Grayling should ever land on. 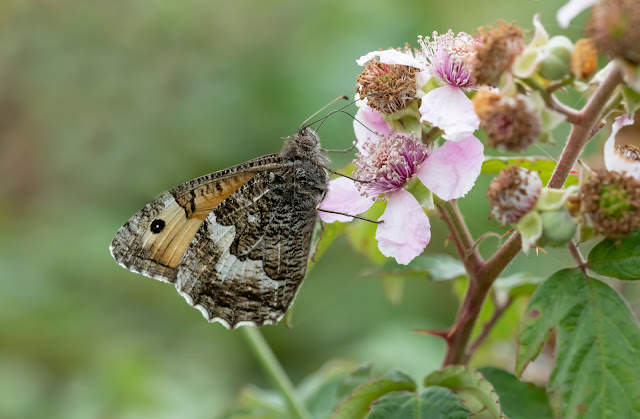 A male Grayling nectaring on Bramble. 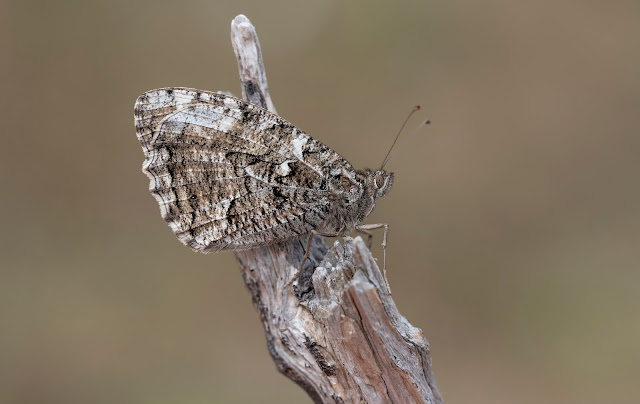 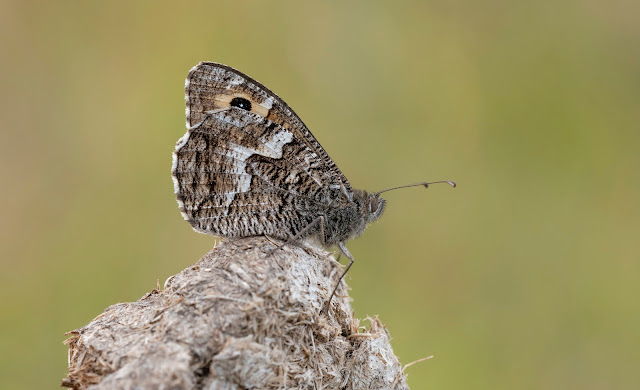 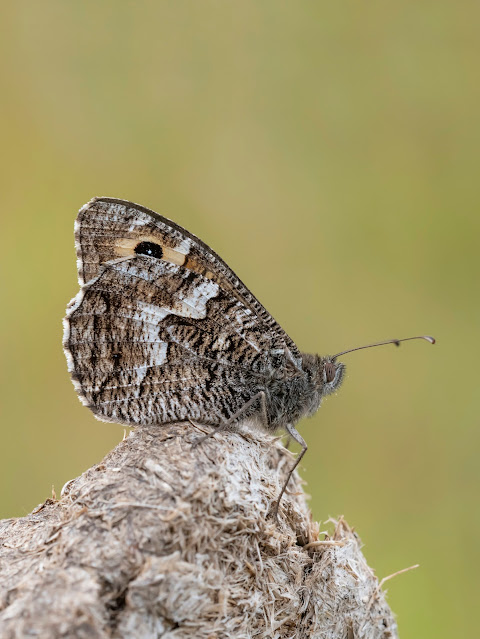 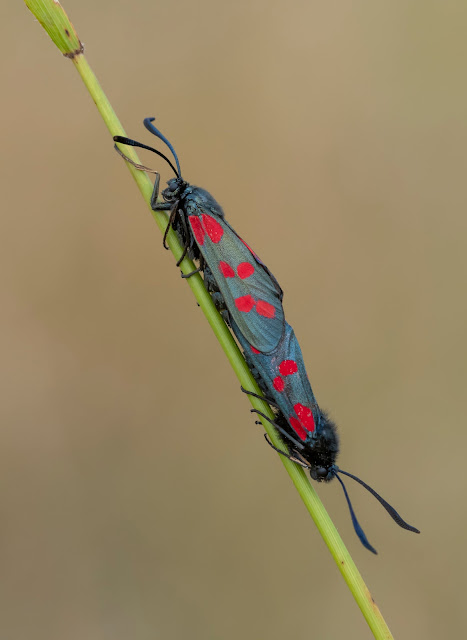 Mating Six-spot Burnet.
After a few hours of watching the Grayling we headed back down the hillside and on the way back the sun came out along with many more butterflies, particularly Chalkhill Blue as well as a further 3 Grayling including a female in the area where the first male had been spotted on the way up earlier.
A more detailed account of the day can be found on Lisa's blog here
https://www.lisagsaw.co.uk/graylings-on-the-south-downs

Posted by Bob Eade. at 11:44
Email ThisBlogThis!Share to TwitterShare to FacebookShare to Pinterest