Despite several searches I hadn't seen a Lace Border on my local site since the 3rd August and I really thought that perhaps the long hot summer had killed off the Wild Thyme that the larvae feed on here and the colony could possibly have died out. My colony is very localised and could quite easily suffer with extreme weather events like the summer we have experienced and I am taking great care of looking after the site for the insect. Historical records in Sussex indicate that they struggle getting a foothold in the county for some reason so in such a small site they could easily die out and that is what I thought had possibly happened.

Last week I heard that a Lace Border had been seen on the other Sussex site so myself and a colleague did 3 individual searches which were all negative. I was therefore not very optimistic on my walk on Tuesday as I wandered across the site, and I wasn't really even looking for the moth, so it was a special moment when a tiny white moth suddenly flew past me and settled nearby, although I had to carefully walk around it to get a positive identification, it was indeed a Lace Border in pretty much perfect condition. A few photographs later I carried on walking across the site where another 2 Lace Border were seen, both too in very good condition. Such a relief to find that the colony was still going strong

Photographs of 2 different moths from the session. 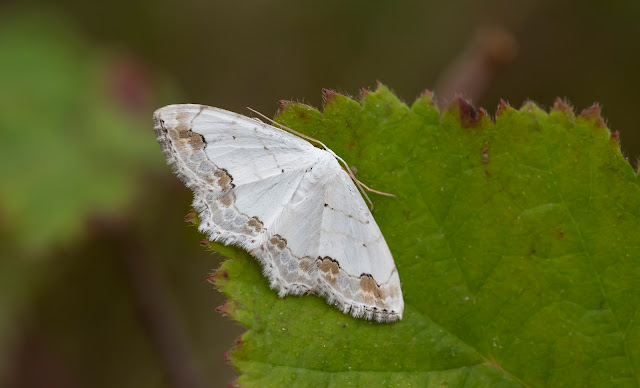 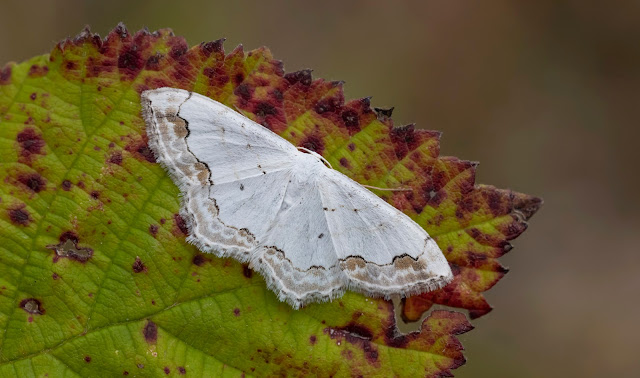 Lace Border.
Also seen on this quite short walk was a very large Wasp Spider that was munching away on a Grasshopper. Hopefully she won't catch any Lace Border!! 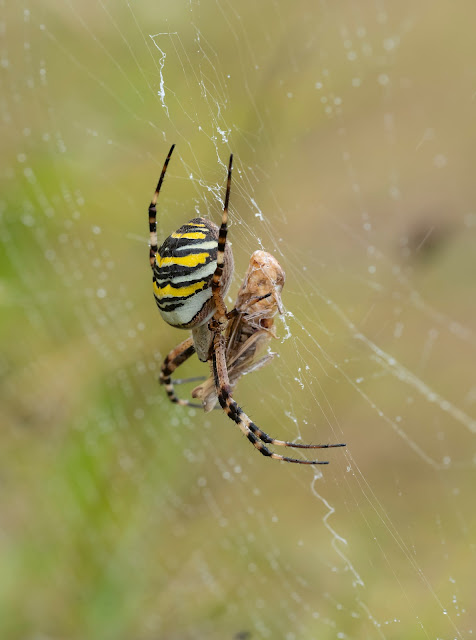 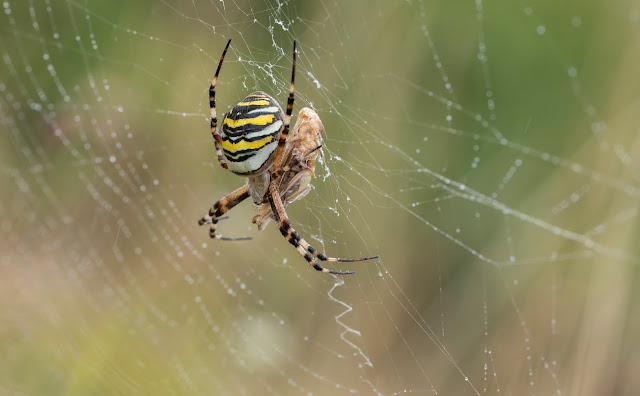 Female Wasp Spider with Grasshopper.
I also tried something a little different with a close up view of Eyebright. These tiny flowers are usually sitting tight to the ground, but I spotted this one that was on an erect stem which I thought gave a more interesting view. 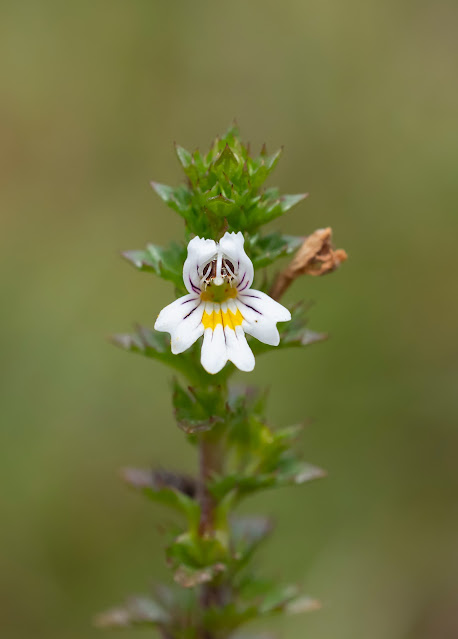 Eyebright.
Yesterday I had the pleasure to show Alice from Buglife around my patch, as she is involved in a scheme to improve the diversity and quality of chalk downland. I was particularly pleased to be able to show her a Lace Border. We also had some great views of Hornet Robberflies including another mating pair. It certainly seems to be a great year for these stunning insects, although the Grasshoppers would probably prefer it not to be as we saw one Robberfly that had caught a Grasshopper.
Posted by Bob Eade. at 10:34
Email ThisBlogThis!Share to TwitterShare to FacebookShare to Pinterest