Although very small, some of the Micro moths are particularly colourful and very smart. One of my favourites is the Olethreutes arcuella, which some years can be found in reasonable numbers in the private woodland I survey. The poor larvae feed on decaying leaf litter, so not a particularly nice meal!! However the end result is pretty spectacular. 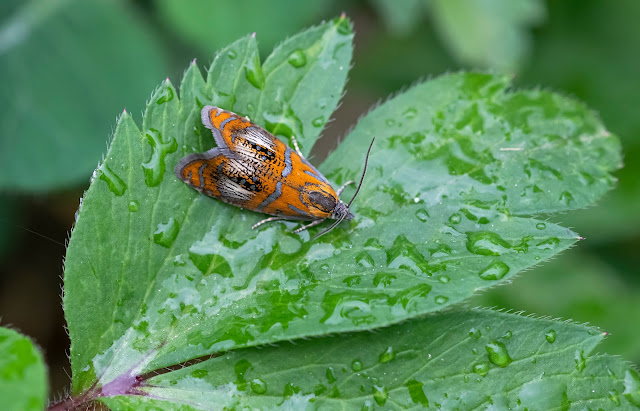 In the same woodland is a species that is meant to be quite scarce, although over the past couple of years this moth does seem to have become quite numerous. This is the Ancylis uncella which has also recently become more numerous in other local woodlands. 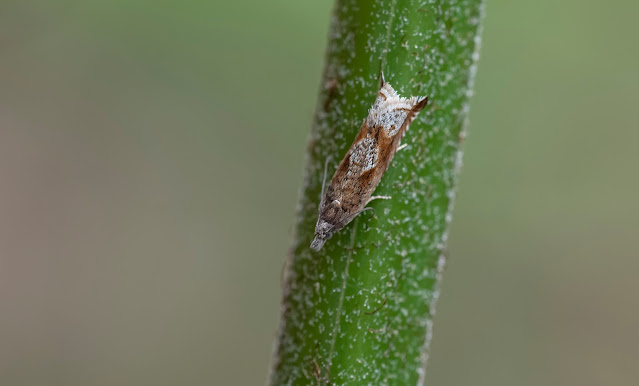 Another really colourful micro has in the past year turned up surprisingly on the patch. Not only is it colourful, it is also a bit of a strange shape and known in moth circles as Geoff due to the Latin name of Alabonia geoffrella. I haven't seen too many of these over the years, in fact until last year I had only seen it the once, so it was great when James found it on the patch. Last year I tried and failed to get any decent shots so I was keen to improve on my previous rubbish photos. Earlier this week I spent a bit of time in the small area where they are found and one performed very well for a short time. He was the wrong side of a blade of grass to start with but I decided to stay where I was and hope he moved around the blade so I could photograph him. For once he did as I hoped and didn't fly until I had a couple of shots. In the first one he appears to be pointing out where he wanted to fly to, unless he was telling me where to go!! 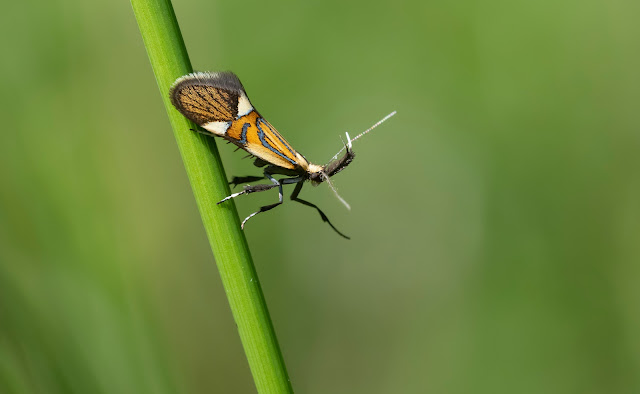 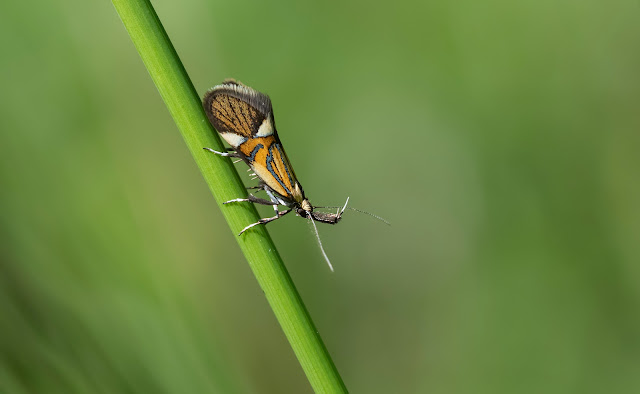