Each Spring woodland rides and edges of scrub come alive with the wonderful Bee-flies. We have two species locally, the Dark-edged Bee-fly and the less common Dotted Bee-fly.

The Dark-edged Bee-fly has the Latin name Bombylius major. It would sound so much better if the names were the other way around so it was Major bombylius!!

The Dotted Bee-fly has the Latin name Bombylius discolor and looking at these close up shots I wonder if this name has anything to do with the flashes of colour on its back?

The Dotted Bee-fly photos were taken on Thursday last week when I found the poor insect stranded on a very exposed hillside in a strong freezing wind. It was so cold it couldn't escape the cold, so I carried it to a much more sheltered area where it could warm up in the sunshine that was filtering through. Just as well as within another 30 minutes of leaving it we had a blizzard!! Anyway, before leaving it the insect posed very well for me, and so it should as it would have perished if I hadn't spotted it. 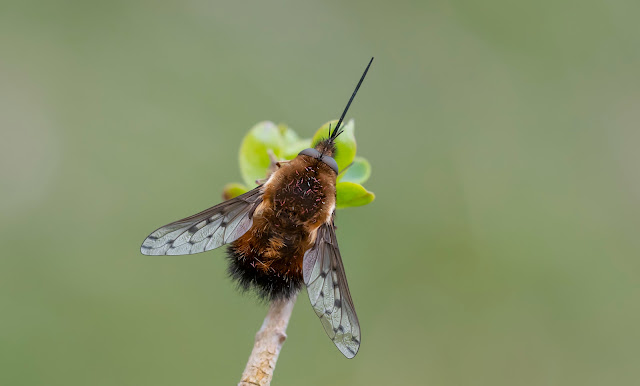 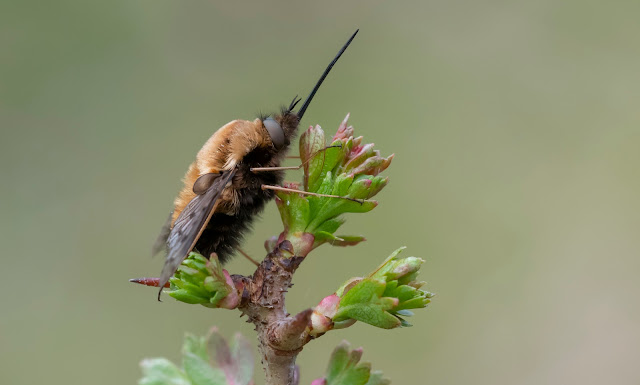 Dotted Bee-fly (Bombylius discolor).
Yesterday I had another experience with the other species the Dark-edged Bee-fly. I had seen several during the walk in any sunny sheltered spot and as it was as I was walking along the track I spotted a much larger insect flying. It suddenly dawned on me that it was a mating pair of Bee-flies. I can't remember seeing this before, although I probably have in the dim and distant past.
It certainly was interesting watching them when they were in flight as they both wanted to go in totally different directions!! Anyway, they did settle a couple of times and I got a few photos before they split up. 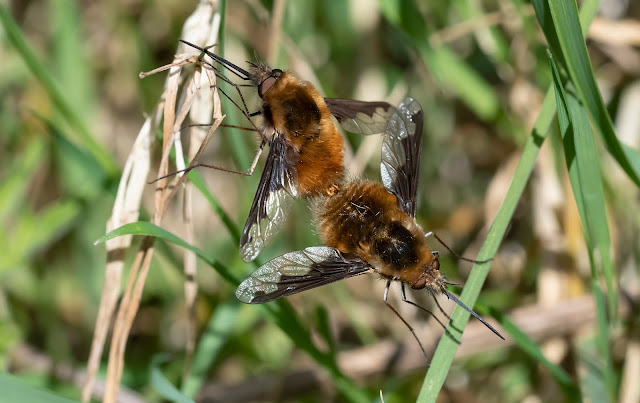 Mating Dark-edged Bee-flies.
About an hour later I had started the long trek back home when I spotted another Dark-edged Bee-fly that had stopped flying due to the weather cooling down as the clouds had built up. I then had the unusual experience of being able to photograph at close quarters the other species from Thursday. 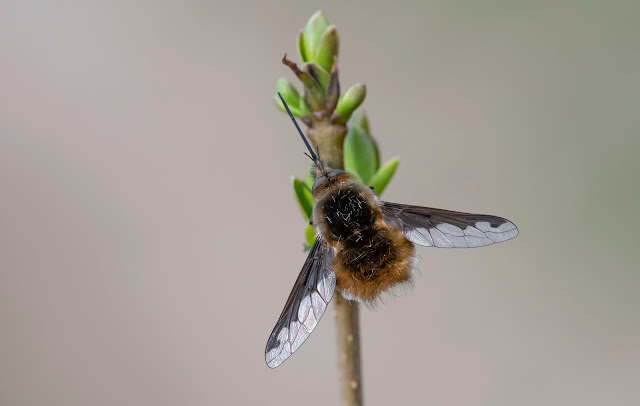 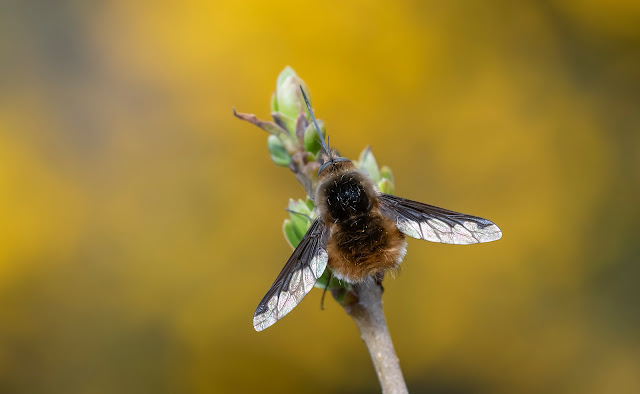 Dark-edged Bee-fly with a background of Gorse.

Posted by Bob Eade. at 10:57
Email ThisBlogThis!Share to TwitterShare to FacebookShare to Pinterest