Who would have thought that a bloke could get excited about a small twig covered in fur!!

For the past couple of years in the early Spring I have been out looking for signs of the Small Eggar moth eggs. This particular insect was probably my most important lepidoptera find until the Lace Border turned up. The Small Eggar is considered extinct in West Sussex and according to the moth recorder was in imminent danger of becoming extinct in East Sussex too until I found what has become a thriving colony on the outskirts of Seaford. According to Steve Wheatley, from Butterfly Conservation, it is also the only colony on the South Downs National Park.

Having seen and photographed each part of their development, except the egg stage I have been keen to find the eggs, there are also very few images out there of this stage as far as I can see. So on a stroll yesterday on a day that didn't look very promising at all with dull cool conditions, I was nearing the end of the walk when I spotted a small sapling covered in dark fur. Straight away I thought I had found a cluster of Small Eggar eggs. The female of this species is extremely furry when she emerges as a moth and after mating she lays her eggs and covers them with her fur to protect them from the cold nights that they can encounter at this time of the year. Whilst on site I sent a photo to Colin Pratt, the Sussex moth recorder to make sure I was correctly identifying it as he knows the species quite well from the past and he confirmed that I was indeed right and that it looked as though the eggs had been laid very recently. I suppose I could have spent some time looking for a bare naked female!!

So, not the most exciting looking photo I've ever posted, but hey, this is rarely seen. 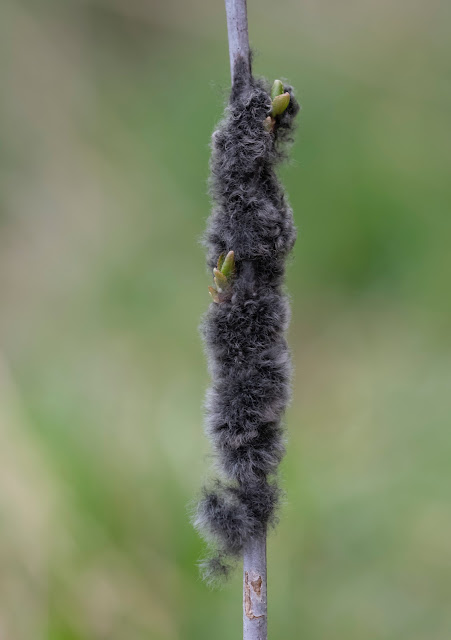 Small Eggar egg cluster.
As it happened, this wasn't the only bit of interest yesterday on the not promising walk. A moth caterpillar was seen sitting on the top of a grass blade. I'm not 100% sure of the id but it is possibly a Broad-bordered Yellow Underwing. (That's what the app says anyway)!!  Another larval web of the Brown-tail was also found which was full of small larvae. I also found another Vapourer egg cluster, my 2nd within a couple of weeks and only my 3rd ever finding. 2 Wall Brown larvae were seen feeding, one very tiny one and one very large one. A couple of the very tiny Ancylis comptana were also flying in a sheltered area away from the breeze. 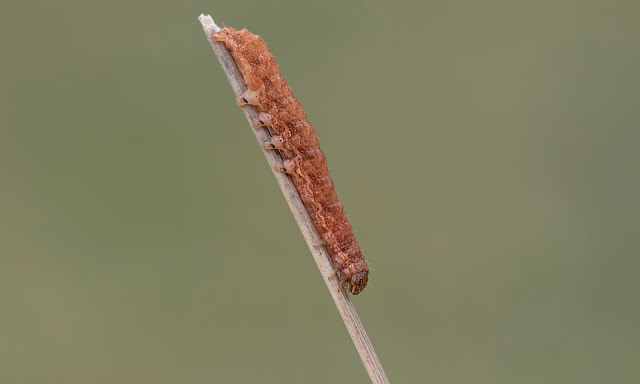 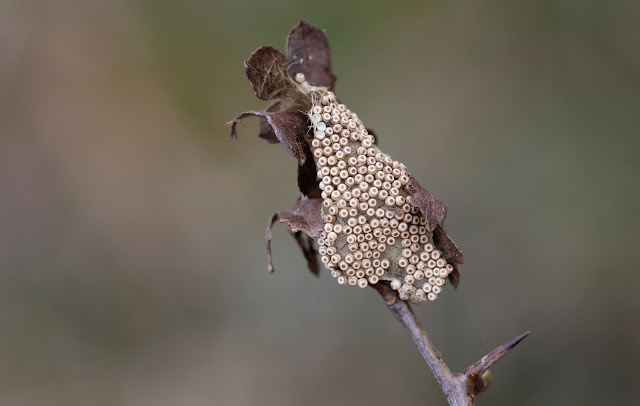 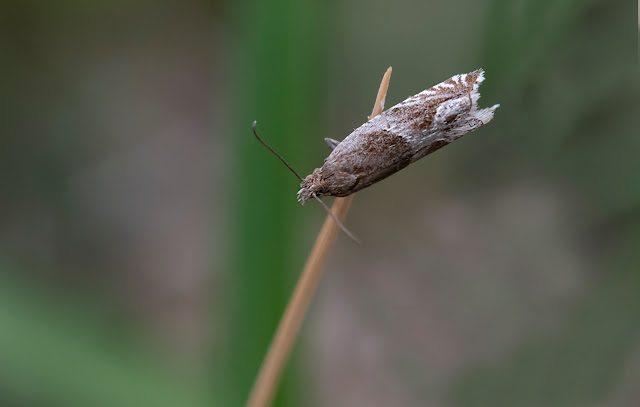 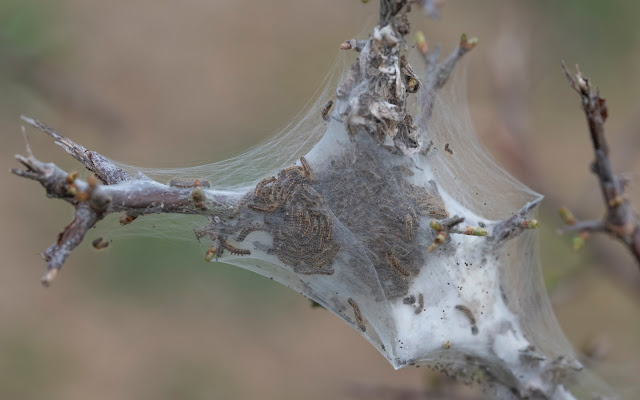 Brown-tail larval web.
The day before I thought I had photographed another Orange Underwing, but after seeing the photos I realised it was actually the much rarer Light Orange Underwing which is less marked on the fore-wing as well as having a feathered antenna. 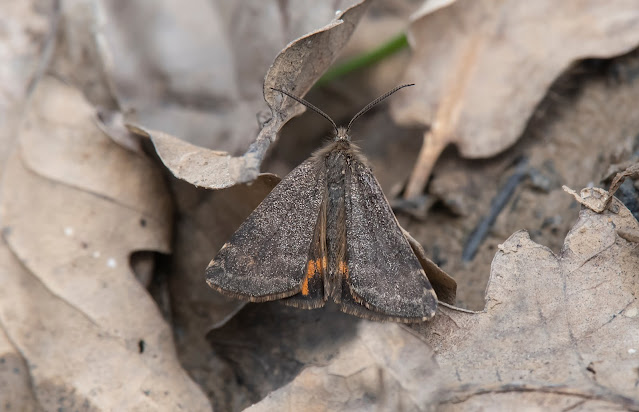