With Matt finding the birds, my task was really to try and find some of the smaller creatures, and although the variety of dragonflies and butterflies was quite limited there were still some nice things on offer.

The first odonata species I spotted was the Sahara Bluetail. A stunning damselfly which allowed a close approach most of the time but didn't pose in a particularly clear setting most of the time. Eventually I did track one down later in the week that did pose very well and also in very good lighting that really brought out its colours. 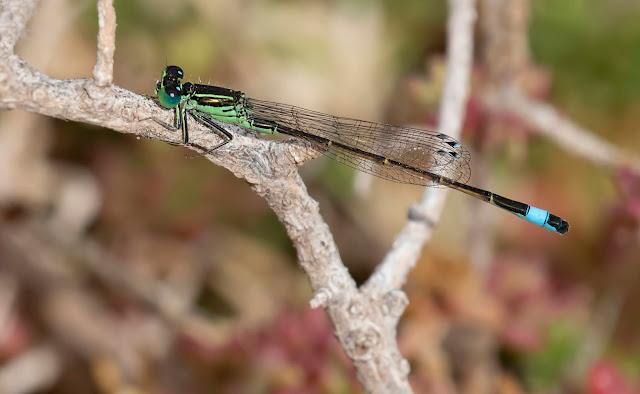 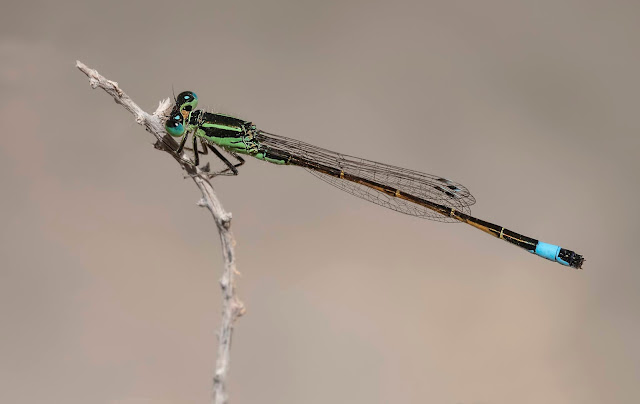 Male Sahara Bluetail.
There were also several Emperor Dragonflies seen during the week, called the Blue Emperor over there  the best posing one was in the gardens of the hotel we were using. 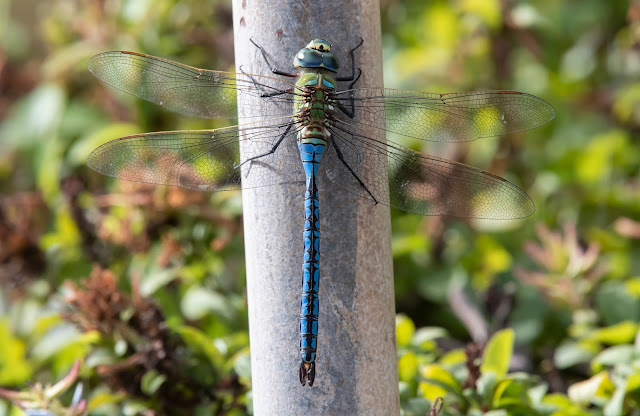 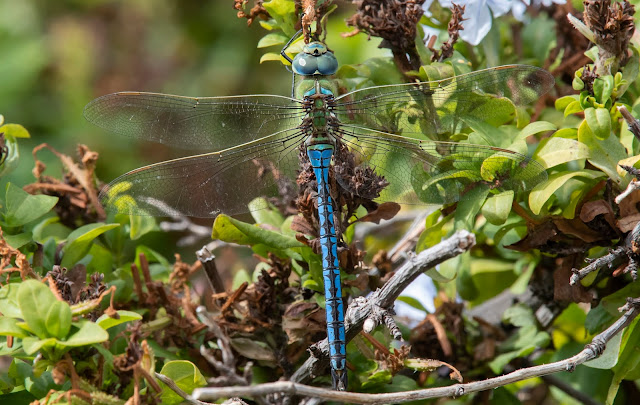 Male Blue Emperor.
The most common dragonfly was the Red-veined Darter. Still classed as a rarity in the UK so good to get some nice sightings of these. Females were the most evident, although a few males were also encountered during the week. 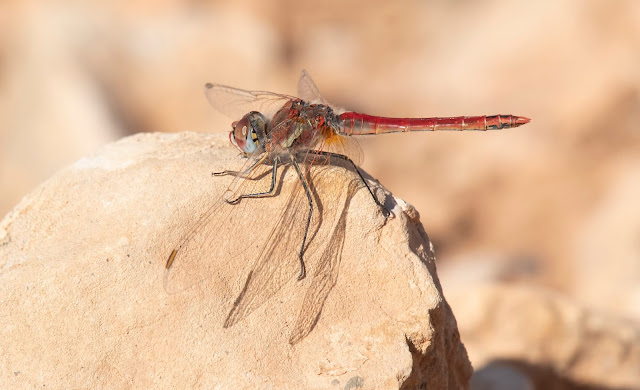 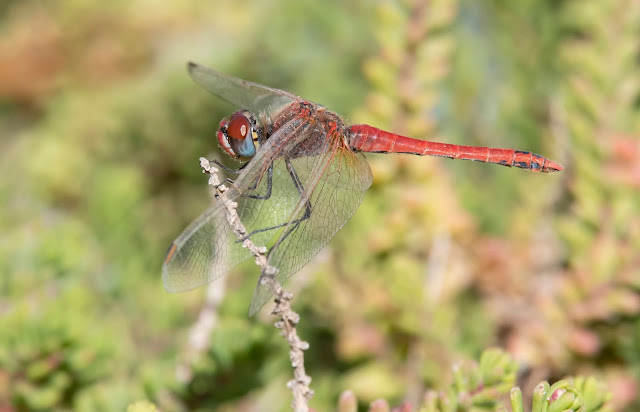 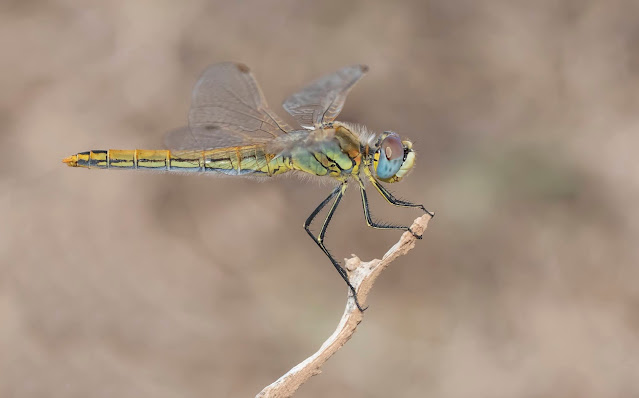 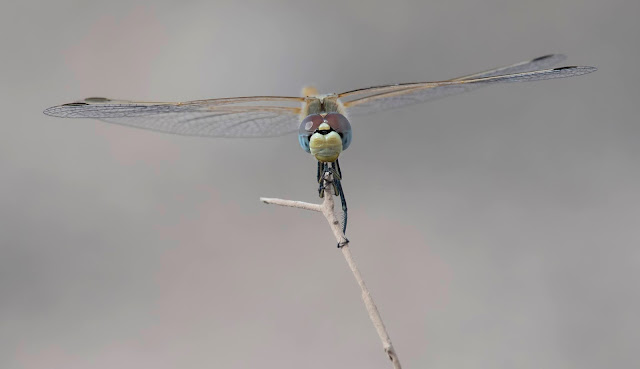 Female Red-veined Darter.
We did expect to see more Scarlet Darter, especially around the swimming pool, but only 4 were seen during the week and none of these were near any swimming pool. 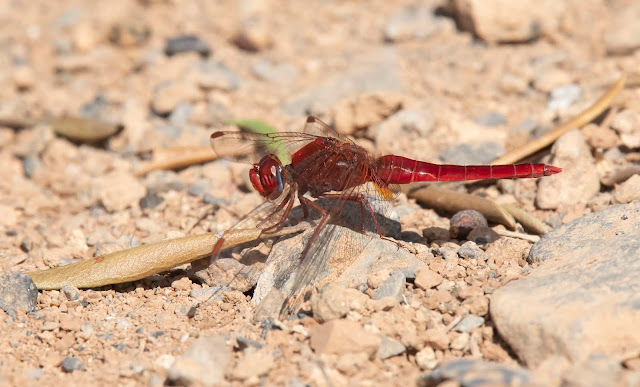 Scarlet Darter.
As far as the odonata species went, that was about it, but a couple of other interesting insects, which included my favourite of the trip, which was a very colourful grasshopper. This is called 'Dericorys lobata luteipes' and I believe is a sub-species of an African grasshopper that is only found on Furteventura and Lanzarote. Walking along a track it landed in front of me and would have been easy to ignore, but when looking closely at it the spectacular colours came to life. 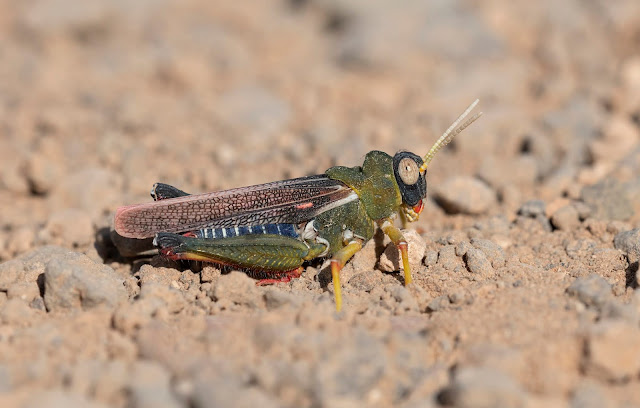 Dericorys lobata luteipes.
Around the swimming pool one of the guests spotted a small species of Praying Mantis. I haven't yet found out what this one is called, but it was quite enthralling watching it. 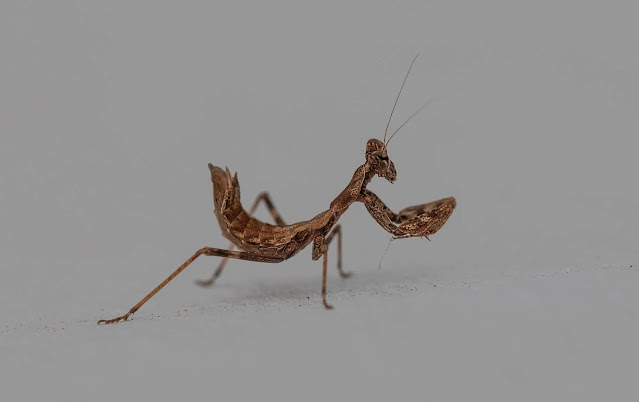