This was my 3rd year of hunting the rarely seen Clearwing moths. With 15 species in the UK I was pleased to see two thirds of the species this year.

I may one day get over to the West of the country to see the Welsh and the Thrift and just maybe one day I will see the extremely rare Fiery and scarce Hornet Clearwing. The other one I didn't see this year was the Sallow Clearwing which is only regularly seen on even years, as the lifecycle is over 2 years and this is the first year that any have been found on an odd year as far as I know.

It's only a few months of the year when these special moths are found, and the only way to see them easily is with a pheromone lure that imitates virgin females. 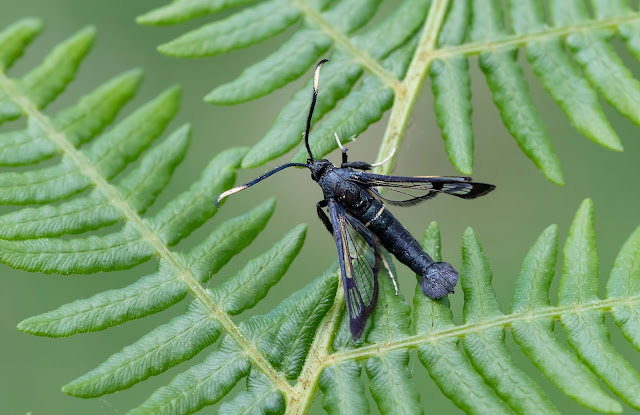 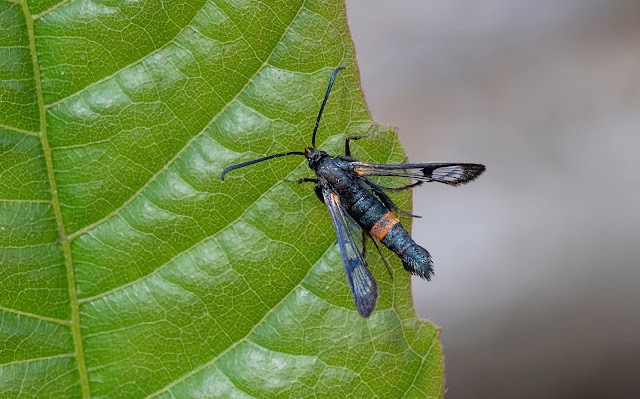 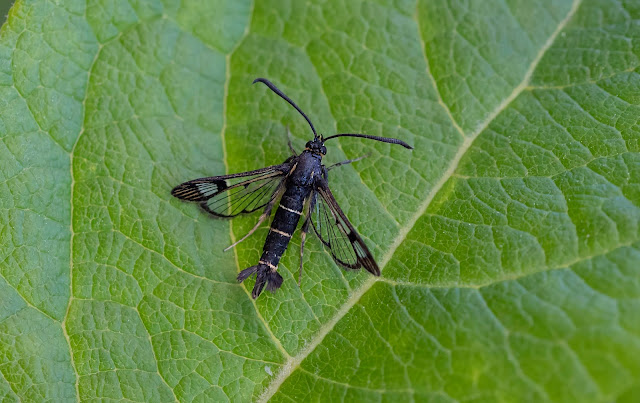 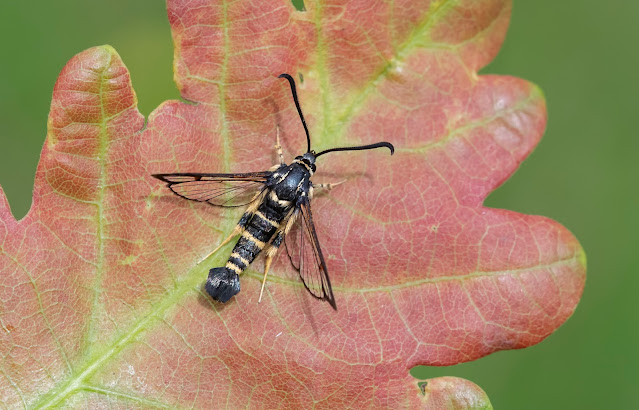 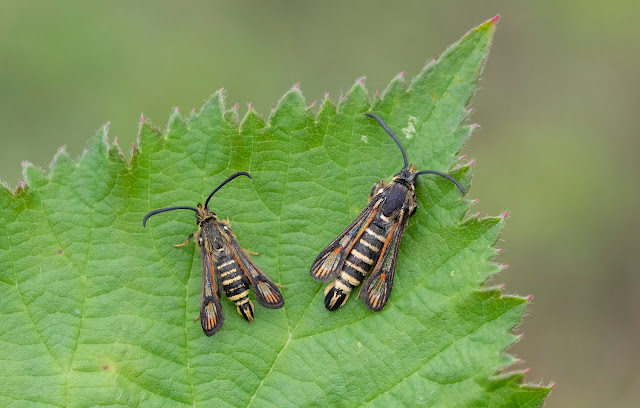 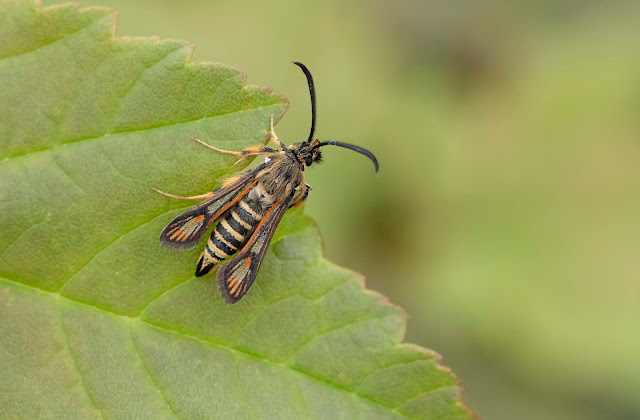 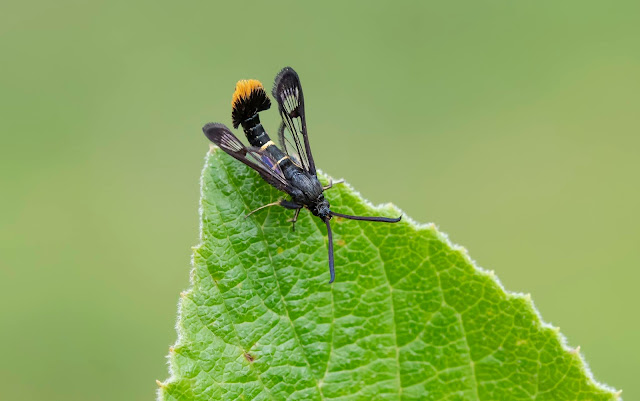 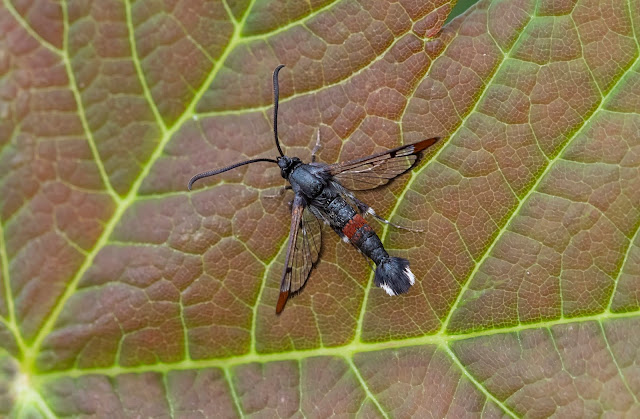 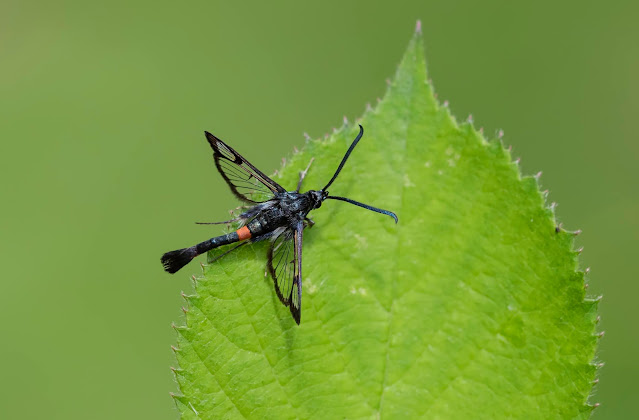 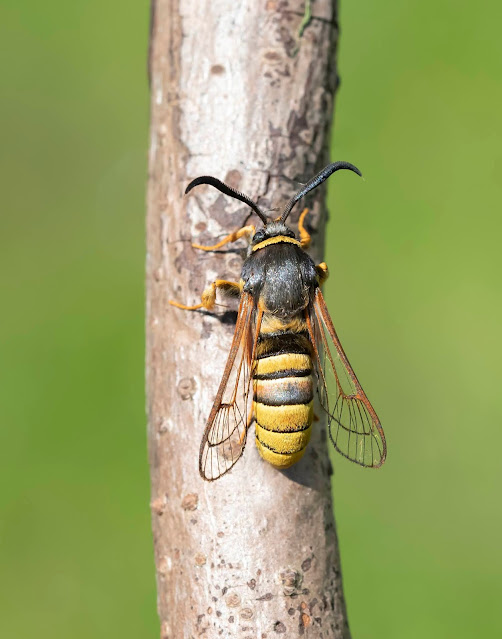 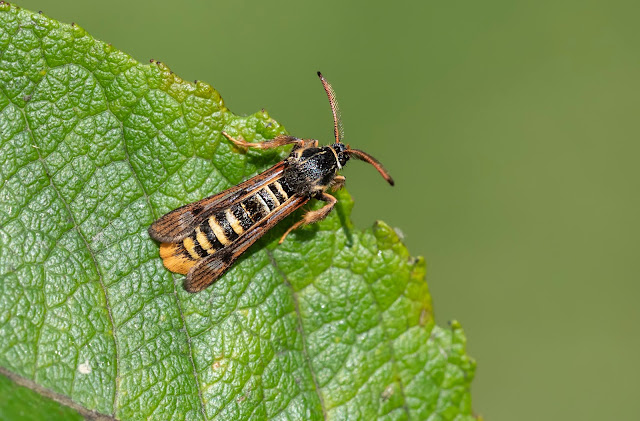 Raspberry Clearwing.
Three of these were caught in the garden which without the pheromone lures I would never have known I had these insects so close to home.
I would also like to thank Derek Barber and Dave Palmer for their help and encouragement in the searches for them all.