Following my finding of 3 new local sites for the Willow Emerald damselfly in 2020 I have had a few visits this year to see how the colonies are getting on now.

The first couple of visits were quite disappointing as only a single damselfly was seen, and that was seen on a small branch coming from the opposite bank and only binocular views were obtained.

It was good though to see plenty of Crickets in the undergrowth, and on one of the visits that had started a bit cloudy, as I was finishing the session the sun started to appear , and with that several Crickets were seen warming up on the Dock leaves. One of the Dark Bush Cricket's was laid flat out along the leaf looking like it was really enjoying a bit of sunbathing!! 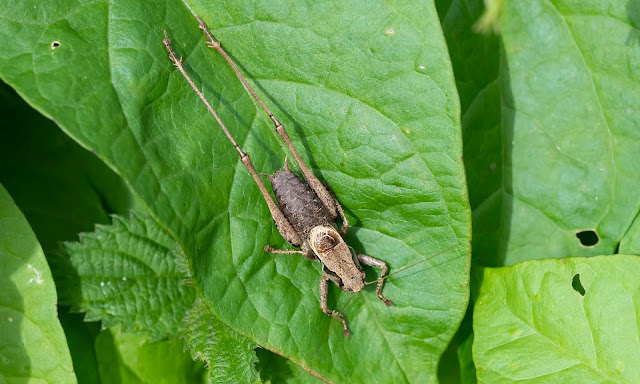 A sunbathing Dark Bush Cricket.
A little bit further along the river I found several more Dark and Roesel's Bush Cricket also warming up as the temperature was rising with a bit of sunshine. 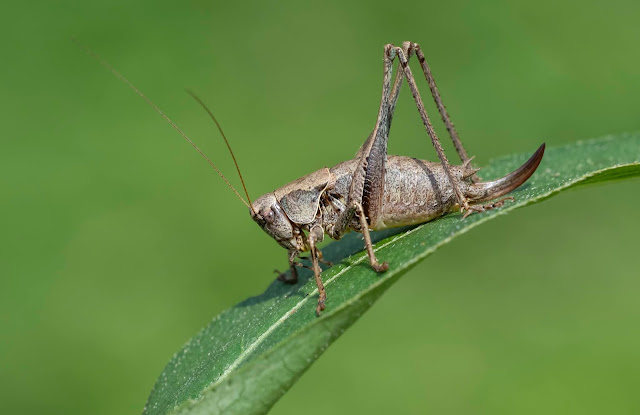 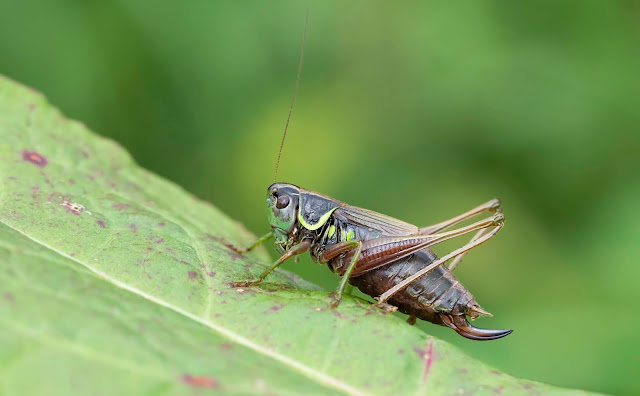 Female Roesel's Bush Cricket.
My most recent visit to the site did at last produce several Willow Emerald with up to 7 seen. This does seem to be a later site than many as last year I only started to see them in September. 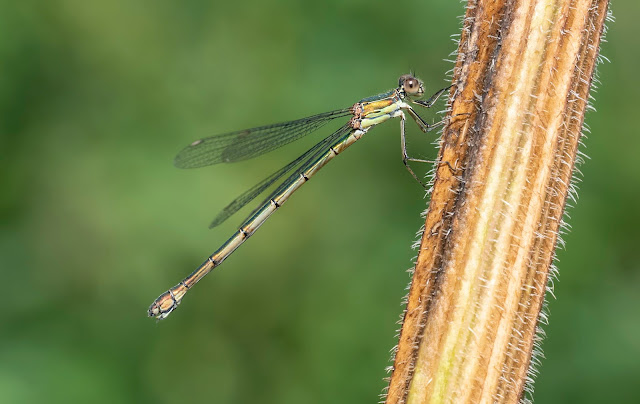 Female Willow Emerald.
With the above Crickets photographed I wanted to see the much rarer Wart-biter again. This cricket is only found in a handful of sites in the UK naturally, although it is being introduced and re-introduced at a few sites to safeguard it for the future.
One of its best natural sites is not too far away so with a slightly dodgy forecast yesterday I risked a visit to see if I could find one and get some photos which wouldn't be in very harsh, strong sunshine.
The problem was, the weather forecast was for once pretty accurate and I arrived in a bit of fog, so all I saw for the first 2 hours were many cob-webs and a few roosting butterflies. 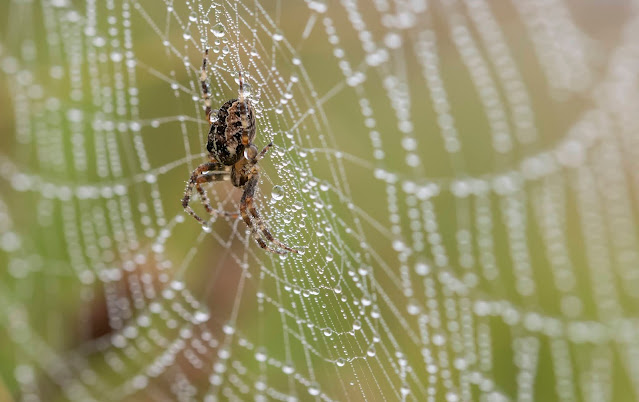 A wet Garden Cross Spider on a very wet web.
After wandering about for a long time I was beginning to get a bit despondent, but just before I left the site a little bit of brightness appeared, and suddenly there were a few butterflies taking to the wing and a few grasshoppers jumping about. That made me wait a little longer and then I suddenly spotted the target. The Wart-biter is a pretty large cricket but fortunately as it was still not particularly warm he was a bit slower and docile than they usually are.
A truly wonderful Cricket that looks as though it is always wearing a large green crash helmet. 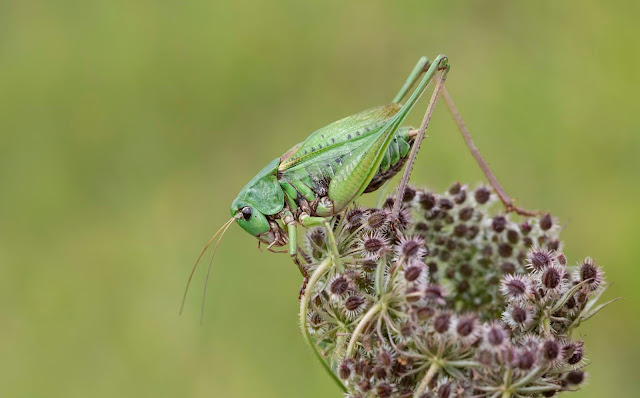 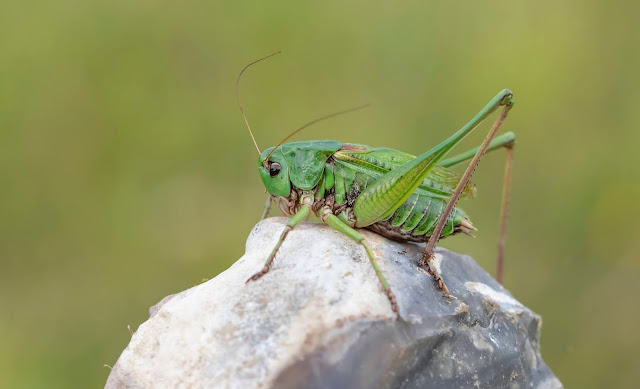 Posted by Bob Eade. at 09:28
Email ThisBlogThis!Share to TwitterShare to FacebookShare to Pinterest