With me struggling to come to terms with my new situation I felt I had to escape for a couple of days, so with Matt offering to put me up for a night in Hampshire, and the forecast looking about right for 2 of my favourite butterfly species that I missed last year, I decided to take the plunge and start off in Surrey for the beautifully delicate Wood White. This very rare butterfly in the UK is still found in reasonable numbers just across the Sussex border and with it being on the way to where Matt lives now it was an ideal stop off.

The weather on the Wednesday was still cloudy and quite cool, which is ideal for this species, and I only had to walk a short distance before I found my first Wood White of the day at roost.

After taking a few shots of this little gem I continued on my way further into the woodland. 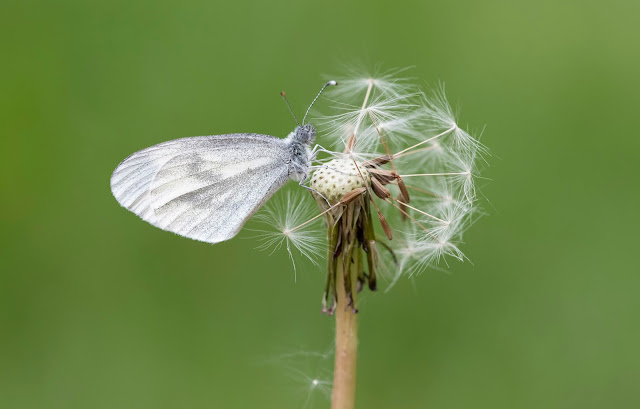 Further on I was just casually walking along when my eye was caught with a yellow object on the Wood Spurge. It turned out to be a bright yellow Crab Spider that was trying to attract insects to its claws by being slightly more yellow than the rest of the plant. On the return journey it had been successful too with a small fly in its jaws. 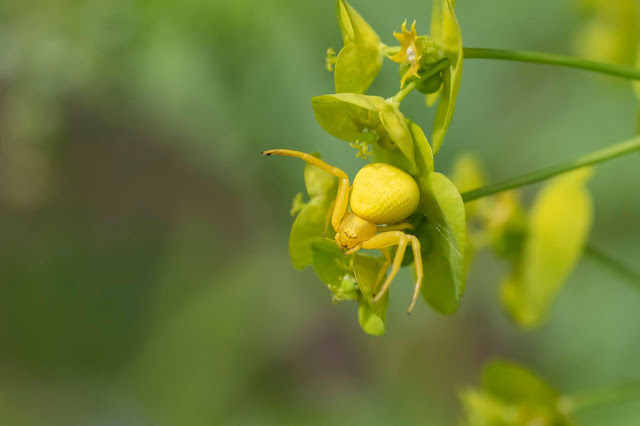 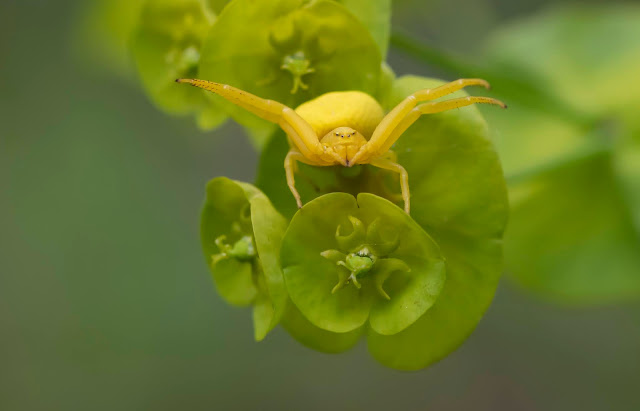 Crab Spider on Wood Spurge.
As I moved further into the wood the weather brightened up enough to get more butterflies and other insects on the wing and as is often the case in this wood, the Brimstone were quite evident, even at this late stage in their life cycle. A stunning female Brimstone posed very nicely for me on the edge of the undergrowth. 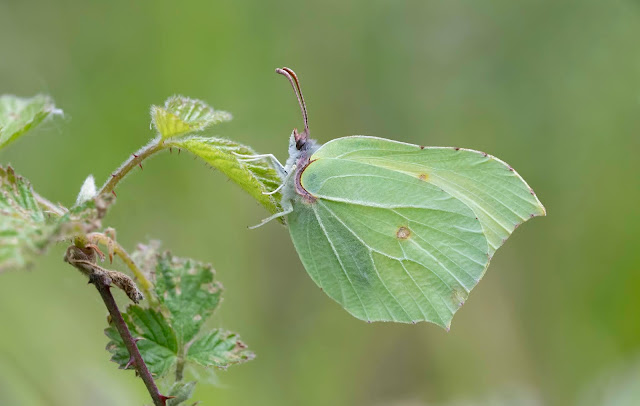 Female Brimstone.
Most woodlands at this time of year are alive with Speckled Yellow moths and this was certainly the case here. These moths can be very annoying when hunting for rarer insects as they are constantly flying around, catching the eye and distracting the attention. They are also extremely hard to photograph as they rarely sit still, so it was a bit of a surprise when I spotted what had to be a newly emerged individual that just sat there for me. Without doubt my best ever shot of a Speckled Yellow. 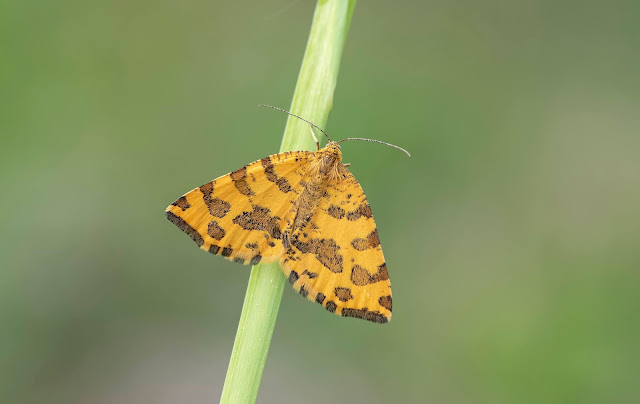 Speckled Yellow.
A fabulous view of a singing Nightingale sitting in a tree was also special along with at least 5 more Nightingales heard throughout the wood.
With the time slipping away and clouds building again it was back to the stunning Wood Whites and several more were photographed. I have always hoped to get one on Greater Stitchwort, as the flower is also white I feel it would make a worthwhile shot, so I was really pleased to get the shot I was after, along with another shot on Herb Robert. 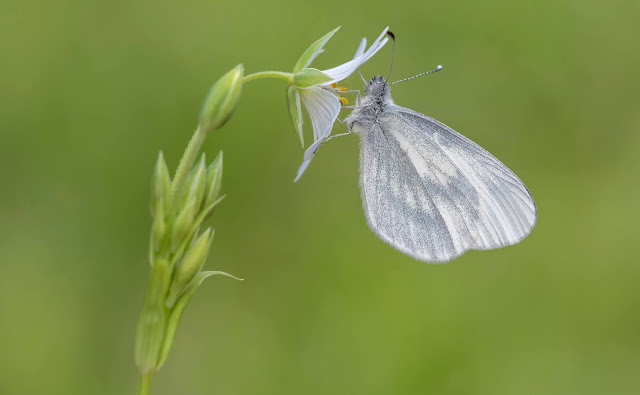 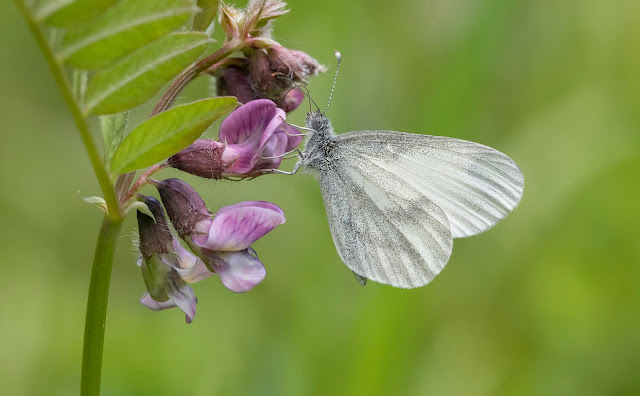 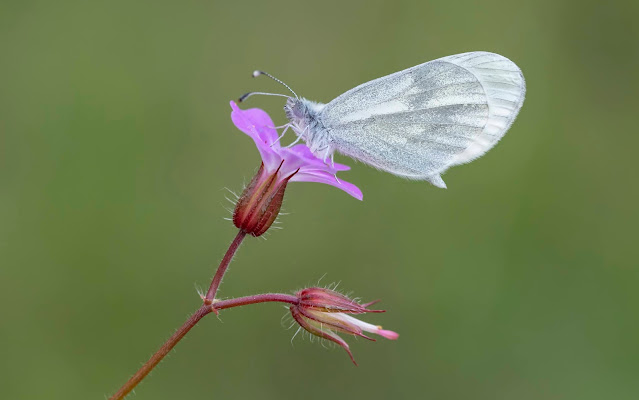 Wood White on Herb Robert.
A fantastic afternoon in this woodland, and the promise of a sunnier day to come hunting out the spectacular Marsh Fritillary after a night spent at Matt's place.

Posted by Bob Eade. at 17:11
Email ThisBlogThis!Share to TwitterShare to FacebookShare to Pinterest