After staying with Matt it was a really early start the next morning as he was doing a bird survey locally and I had to get out of the house!!

I arrived in Wiltshire very early, far too early for the Fritillaries, but I know this site is so good for many other creatures.

As I parked the car a guy was just packing up in the car next to mine. He had been recording bird song since 4am and he was quite chatty about some of the things he had seen, which included plenty of Brown Hares. I particularly like Brown Hares and I was pleased when just a few yards into my walk one stopped on the path in front of me, followed by another in the longer grass. Neither were quite close enough to get a good shot, but still closer than I have had locally. 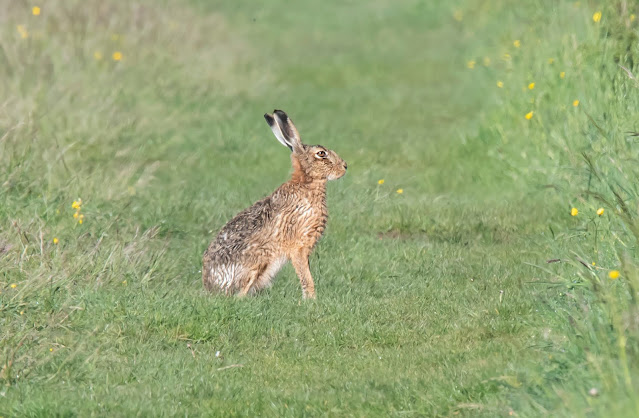 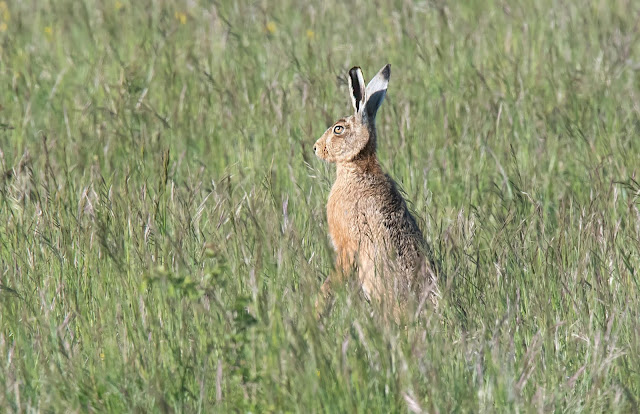 Brown Hares.
Not much further on and a very smart Yellowhammer was perched in a bush. Unfortunately, the sun was the other side of it, but I walked slowly round the bush and was surprised that the bird stayed in the bush. It was very close and the photo is hardly cropped at all. Totally different to how these birds react back on my local patch. 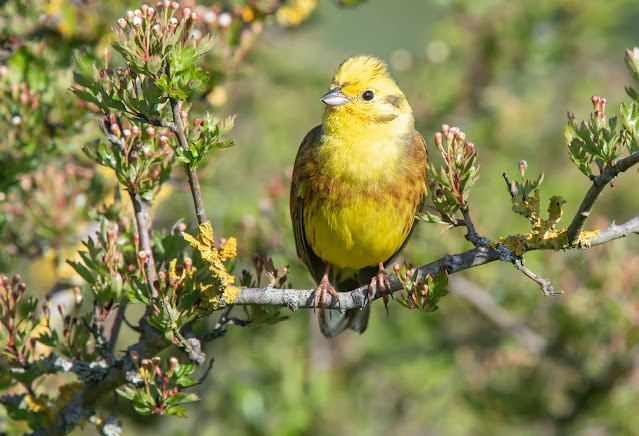 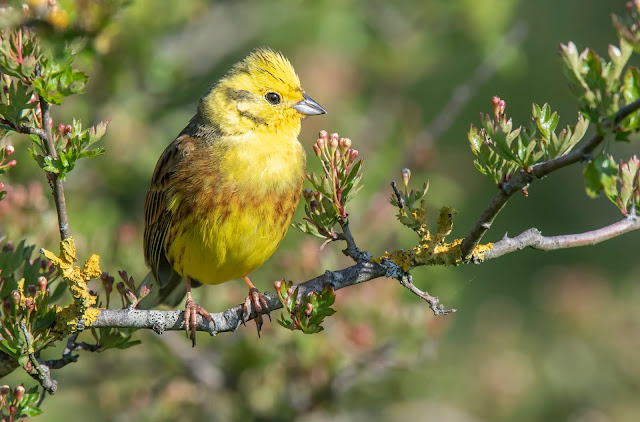 Male Yellowhammer.
I then continued on to look for the Marsh Fritillaries. After looking for a couple of hours in the area where I have seen them before I was beginning to lose confidence of finding any. I had seen very large numbers of Grizzled Skipper, the most I have ever seen in one place before, Adonis Blue, my first Small Blue of the year and plenty of other species, but the Marsh Fritillary remained very elusive.
I then walked quite a distance from the normal area and suddenly I spotted one flying along. A quick close look revealed it was extremely fresh, so perhaps not many had emerged here yet, despite it being much later than I had seen them before, but that has been the case for most species this year. After seeing this one I searched further in the area and found a handful more. The biggest problem now was, it was so warm the butterflies were really active. I then spotted a cloud that was heading towards the sun and as it blocked the sun the butterfly suddenly became inactive. This was my chance to run off some photos, it was only a short interlude though as the sun soon reappeared and the butterfly opened its wings wide open giving me another opportunity. A very well behaved butterfly. 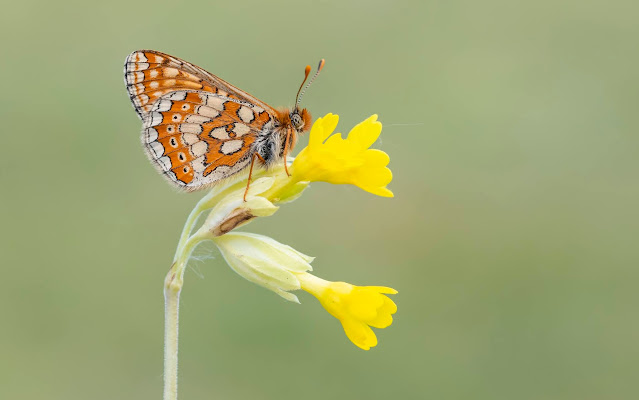 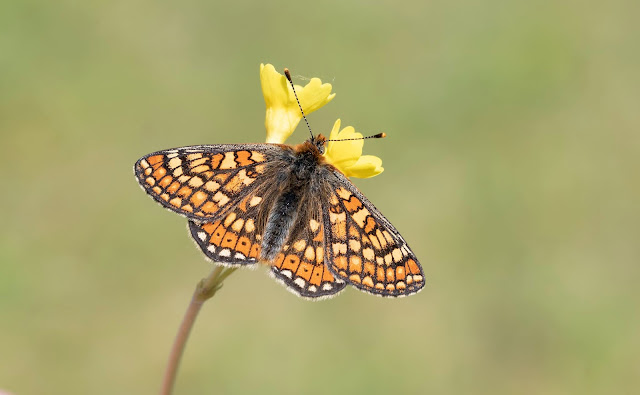 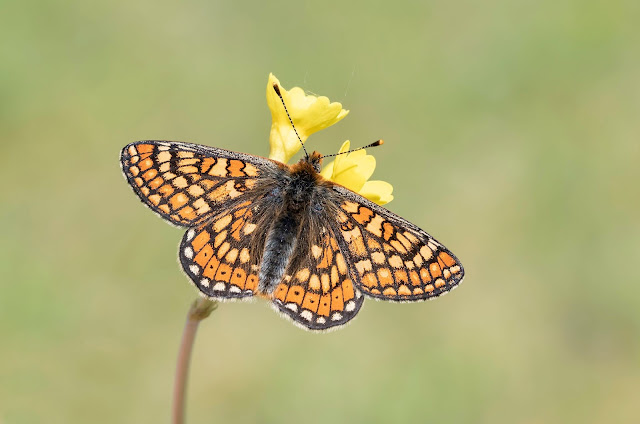 Marsh Fritillary fully open wings.
I decided not long after that I was too tired to hang around much longer, so I headed back to the car, stopping only to photograph the beautiful Burnt Orchids. 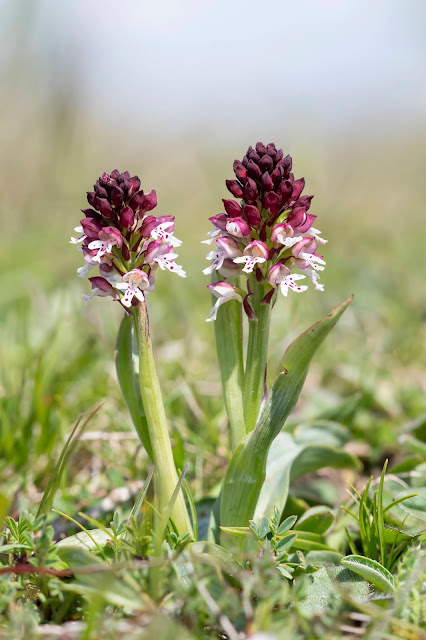 Burnt Orchids.
A fabulous couple of days catching up with some of my favourite species and seeing many other things of interest along the way.

Posted by Bob Eade. at 16:24
Email ThisBlogThis!Share to TwitterShare to FacebookShare to Pinterest