One of the highlights of the Summer is walking through woodland seeing the golden flashes of Silver-washed Fritillaries.

These very large butterflies that fly strongly through the woods hunting out mates as well as Bramble flowers to nectar on is a great spectacle, with a side show of White Admirals, Comma, Peacock and the common brown butterflies. There are few places in the Summer that I would rather be. 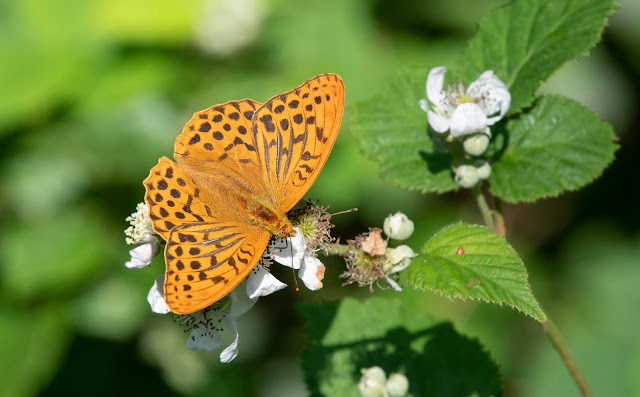 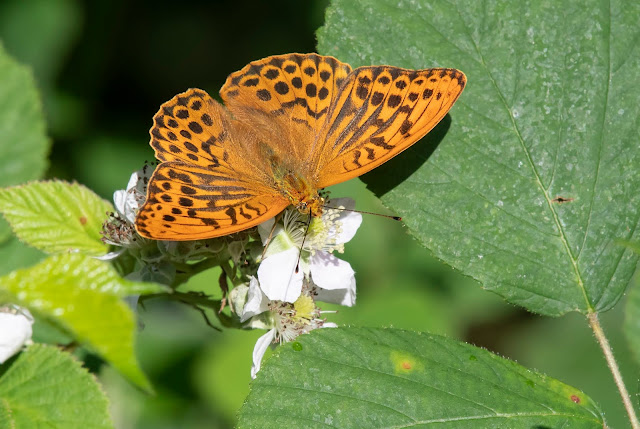 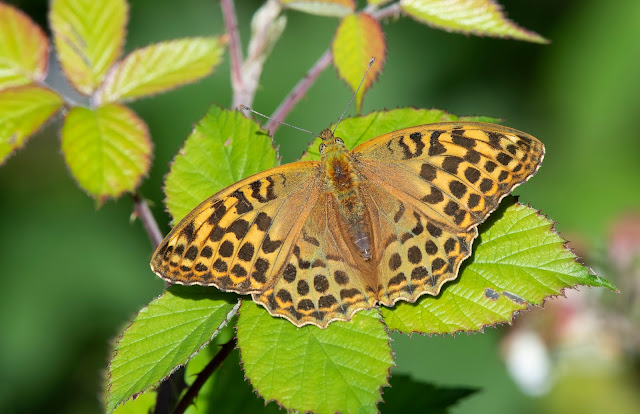 Mating pairs are often seen of these butterflies but generally they mate higher up in the trees. However, I did come across a pair that were flying along the ride, stopping at various points as they carried on mating.  On the closed wings the 'silver' can be seen where the butterfly gets its name. 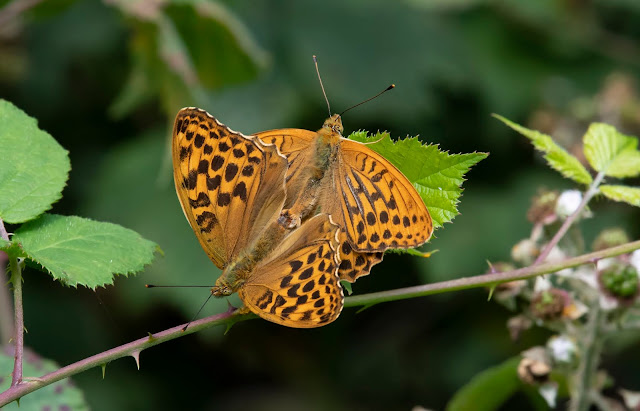 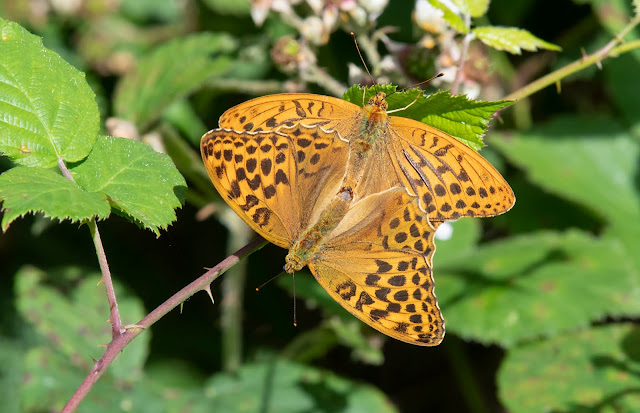 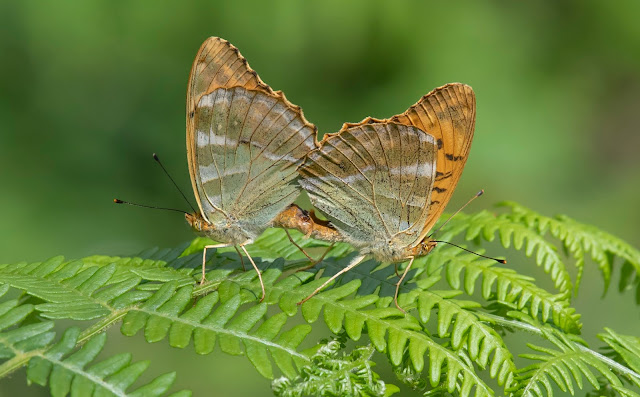 I also came across an ab. confluens that James had spotted the day before. It was a very impressive butterfly and certainly the highlight of the Silver-washed season. 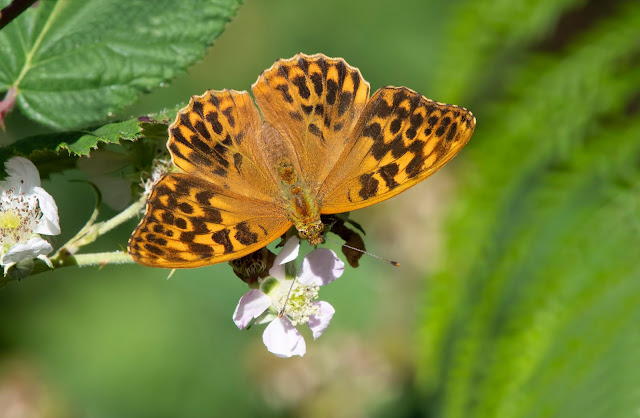 Posted by Bob Eade. at 13:11
Email ThisBlogThis!Share to TwitterShare to FacebookShare to Pinterest