Each year I try to get on the Downs early in the flight season of the Dark Green Fritillary to photograph them as they prepare to leave their roosting site.  Unfortunately this year with the travel restrictions and the weather not being favourable on the few days I could have done the short trip I decided that it would just have to wait for another year.

Fortunately, whilst I was searching for the local elusive White-letter Hairstreaks a male Dark Green Fritillary found me and took objection to me being in the middle of his territory.  A very entertaining half hour then followed with the butterfly continuously landing on the big Bramble bush as well as a few other vantage points as he protected his territory from other butterflies, with the most persistent being a Large Skipper.

At one point the Fritillary sat on the top of an Ox-eye Daisy that gave me a nice photo, despite the sunlight being in the wrong direction.

It certainly brightened the day and made me feel a bit better about having to miss one of my favourite mornings of the year.  I even managed a record shot of the Hairstreak too. 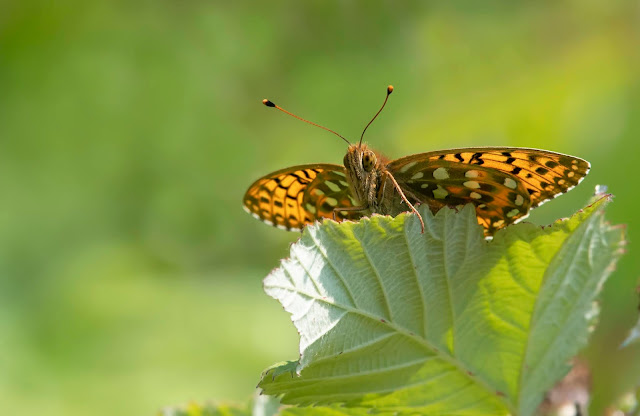 Dark Green Fritillary on the lookout. 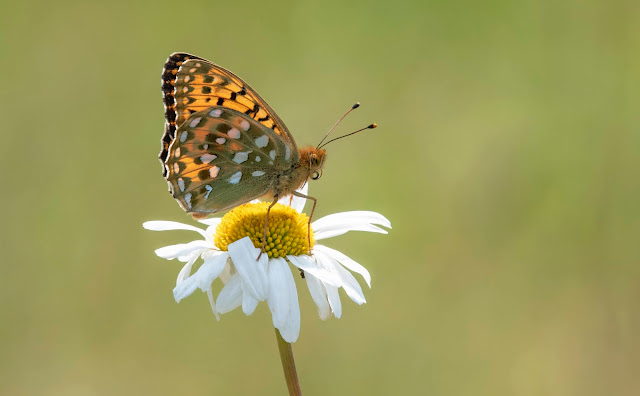 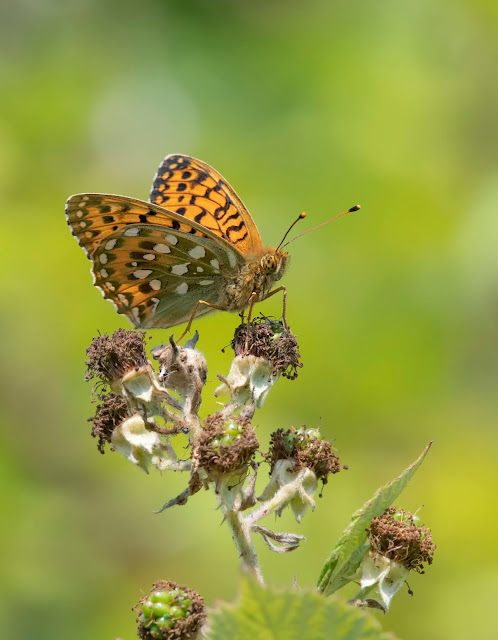 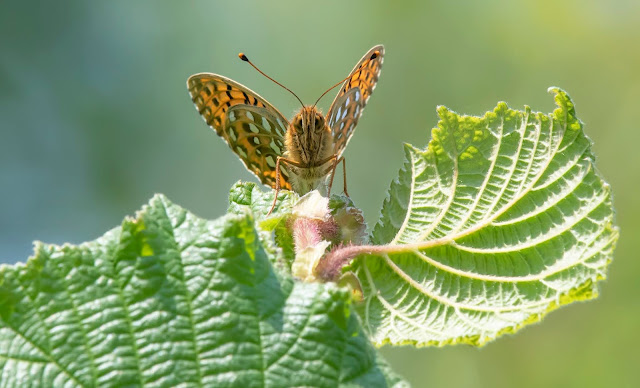 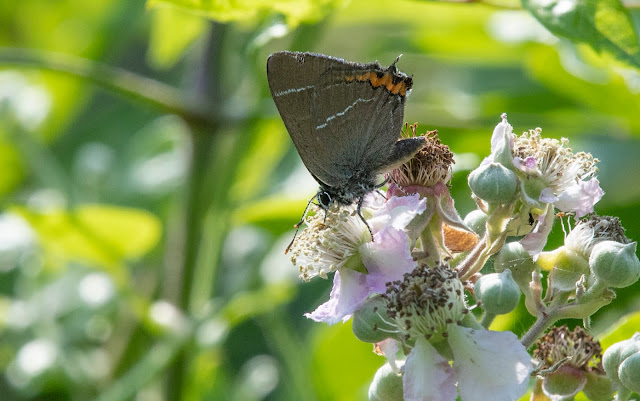 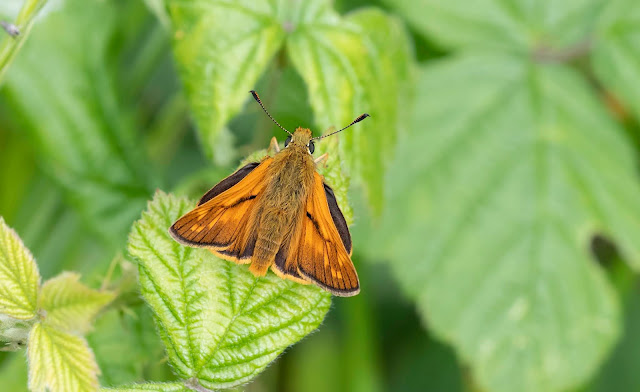 Posted by Bob Eade. at 10:17
Email ThisBlogThis!Share to TwitterShare to FacebookShare to Pinterest