Following my first ever UK sightings last year of Clearwing moths I have had several trips out to try and see more species.

With a little help from some friends I  have managed 2 new species so far this year as well as seeing an old favourite from last year.

My first new target was the White-barred Clearwing and with one failed attempt with Nigel I had more detailed instructions from Derek and this put me in a more favourable location and just a few minutes after putting the pheromone out a couple of these little gems were seen. 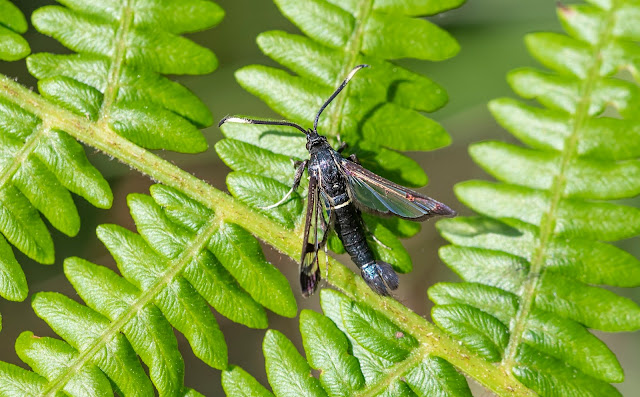 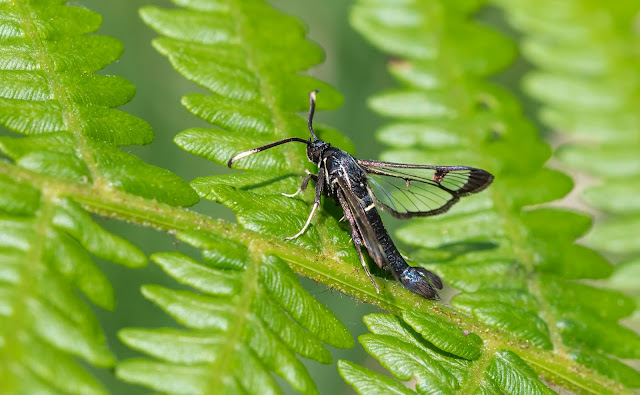 I then attempted to find the Sallow Clearwing, but was possibly too early in the season for this one, however, whilst I was trying Derek turned up out of the blue and said he was trying for both the Sallow and also the Red-tipped at a site a little further along the footpath. As I didn't have the Red-tipped pheromone I joined him, and although we still failed with the Sallow we were lucky enough to get the Red-tipped Clearwing. Certainly the best looking Clearwing I've seen so far. 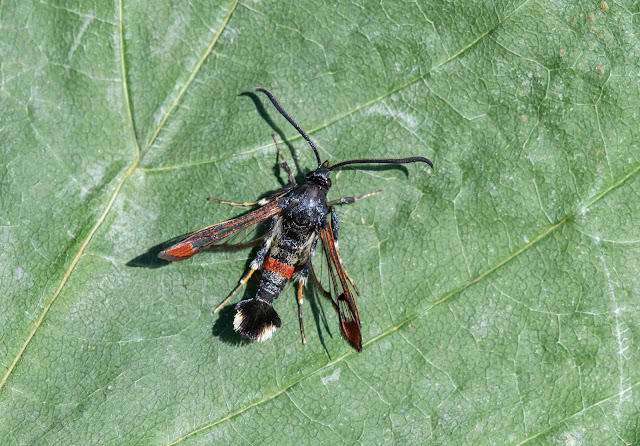 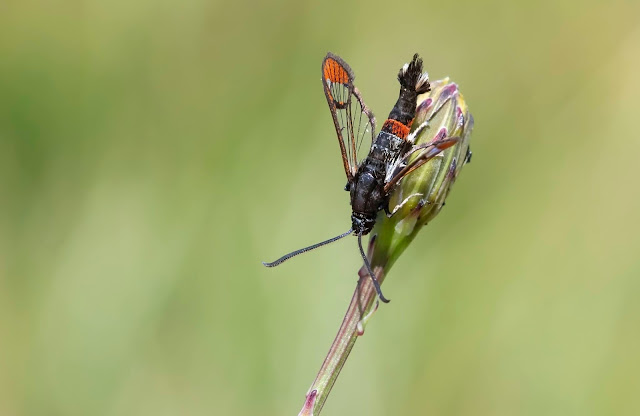 The other Clearwing I've seen this year is the Yellow-legged Clearwing. This species I did see several times last year and is certainly the one that I've seen most of. Yesterday I went to a private woodland and as soon as the pheromone was placed a very fresh individual flew in. It was by far the best individual I've seen of this species and the yellow legs really stood out. Several more were also seen yesterday and several more photographs were taken. 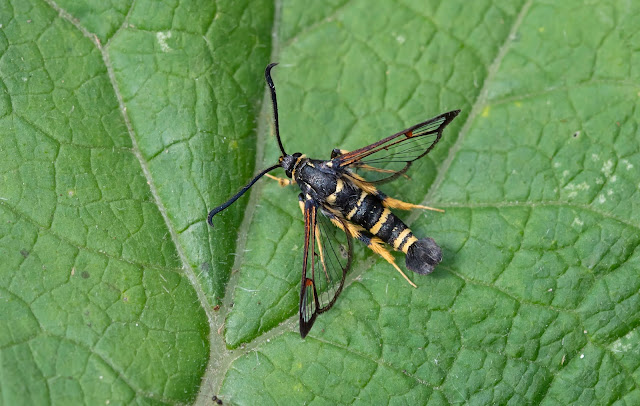 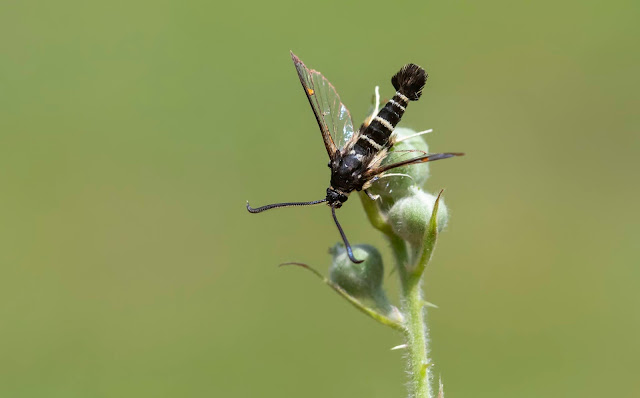 Posted by Bob Eade. at 13:04
Email ThisBlogThis!Share to TwitterShare to FacebookShare to Pinterest