The Emperor Strikes Back.

This morning there was quite a frost, but for once the wind was light and once the sun came up it was a really warm morning.

I was really hoping that the garden would throw up a treat in the form of a Holly Blue or a passing Orange-tip.

Even better though was the large moth that turned up while Pen and I were having lunch.  One of my favourite insects in the form of a male Emperor Moth.

Living on the edge of the Downs I now see a few of these most years and this one being early in the season was in pretty good condition.  A real treat to see and it certainly brightened up another day of being stuck at home.

I am still hoping to get a few walks up on the Downs as my allowed bits of daily exercise, but with Pen being in the very vulnerable group I have to be extremely careful.  With luck I may get a few shots to post, but time will tell. 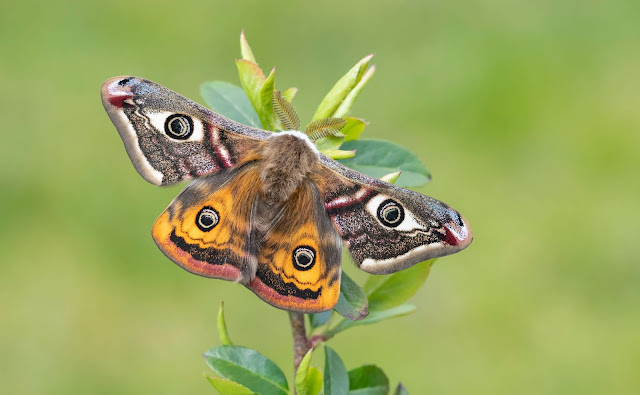 Posted by Bob Eade. at 18:41
Email ThisBlogThis!Share to TwitterShare to FacebookShare to Pinterest