In the early Spring I treated myself to a new pair of cameras.  Whenever I do something mad like this it does give an extra incentive to get out and try to find something to aim the cameras at!!

My first walk produced a mating pair of Brimstone, something I can't remember seeing before and even if I had seen this before I certainly hadn't photographed them in this situation before. Even though the lighting situation wasn't easy I was pleased to get this shot. I felt the new cameras were bringing me good fortune straight away!! 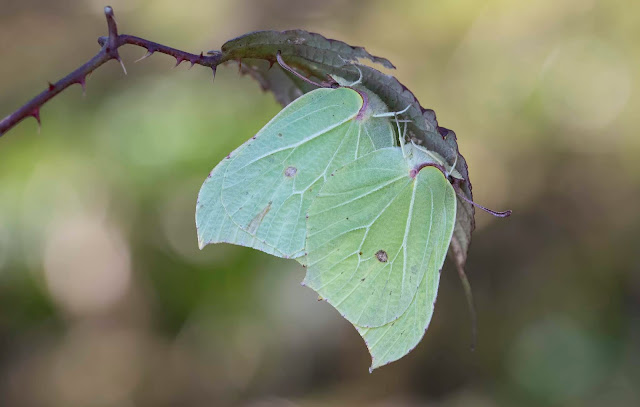 I managed to see good numbers of Emperor Moths on the local patch during the Spring, and this is one of the better shots of one of these absolute beauties. 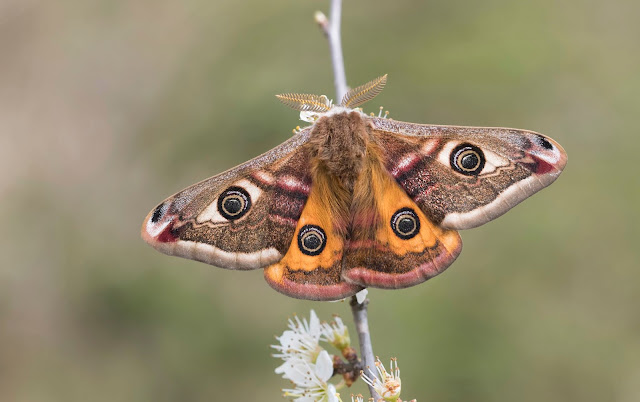 Once the insect season gets going I step back a little from bird watching, however, with a couple of Black-necked Grebes at Rye Harbour in breeding plumage it was tempting to have a go.  Matt and I had already seen these Grebes in the Winter but now that they looked much more elegant David, Malcolm and I had a go and with a long wait eventually one came into range. 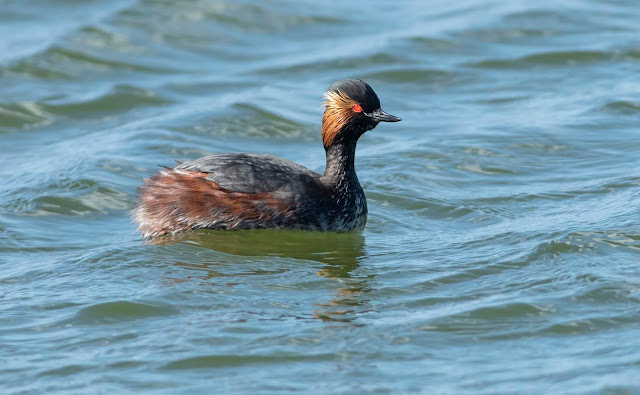 Back onto my local patch the insect season was really getting going and I was pleased to get some half decent shots of a female Adonis Blue very early one morning. 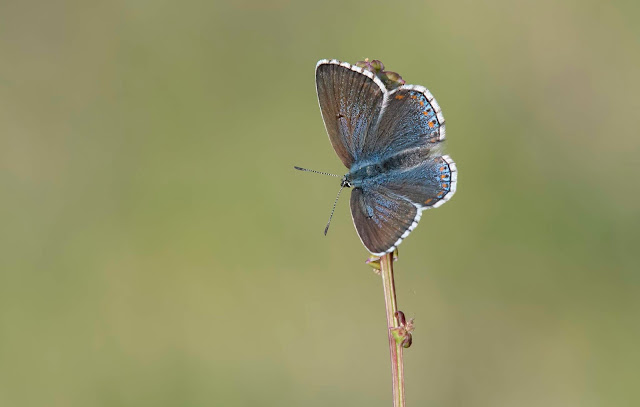 Nearby I spotted a Dark-edged Bee-fly resting up in cool conditions.  I was more than happy to have spotted the insect and then to get a photo before it warmed up enough for it to take flight. 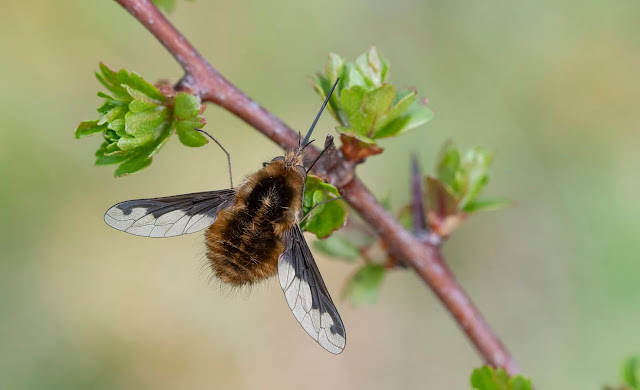 Also on the patch I found a Pyrausta ostrinalis, the rarer of the pyrausta micro moths, staying still at the top of a grass blade. 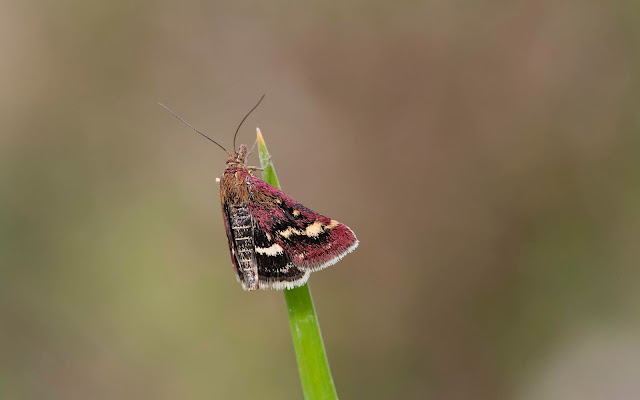 A superb Oak Eggar larva and a Grizzled Skipper were also seen on that same area of the patch. 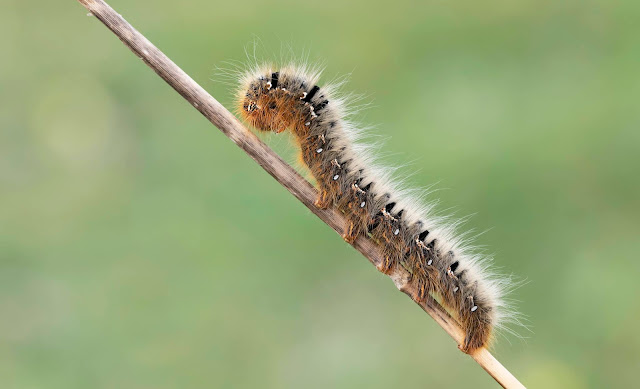 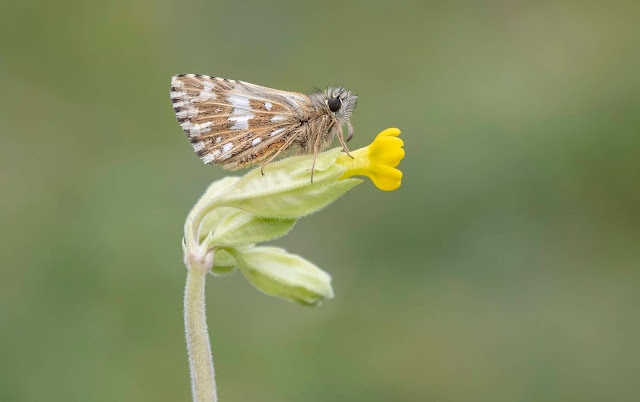 My final image on this little look-back on 2019 comes from a trip with Nigel to see the Duke of Burgundy in Kent.  Being very early in the season and with the weather being a little cool we actually only saw 3 Dukes but Nigel found a fabulous female that perched on the top of hazel regrowth giving me my best shot of a female Duke of Burgundy. 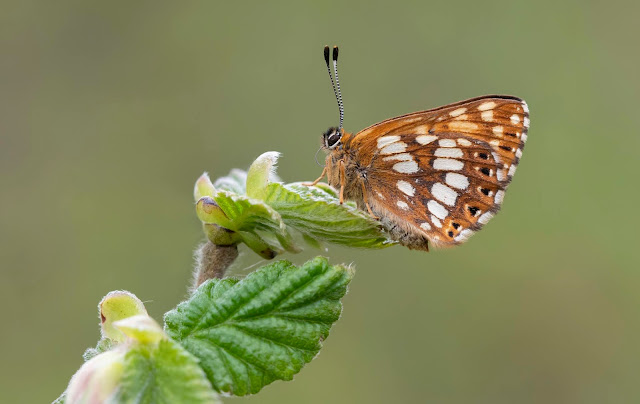 Posted by Bob Eade. at 13:43
Email ThisBlogThis!Share to TwitterShare to FacebookShare to Pinterest