Snow Bunting On The Beach.

Although I have seen quite a few Snow Bunting over the years, it is one of those birds that I have struggled to get shots that I'm really pleased with.

With one of these delightful birds currently spending the Winter on the beach in West Sussex, and a sunny day it was thought a trip in that direction was worth doing.

Following a very clear night I was convinced we would arrive and find the bird had moved on, but as we were walking along the beach one of the many dog walkers told us that the bird had been seen some time earlier. A little further on, and after seeing a couple of other birders that were also looking and failing, I spotted a small bird fly away from a dog a couple of hundred metres further on. Binoculars confirmed the bird had been found. We then had a very enjoyable couple of hours watching and photographing this very confiding bird. It was amazing how many people out for a stroll didn't see the bird even though they were almost treading on it as they walked past. It was mainly dogs that the bird would fly up from as it fed on the main footpath. 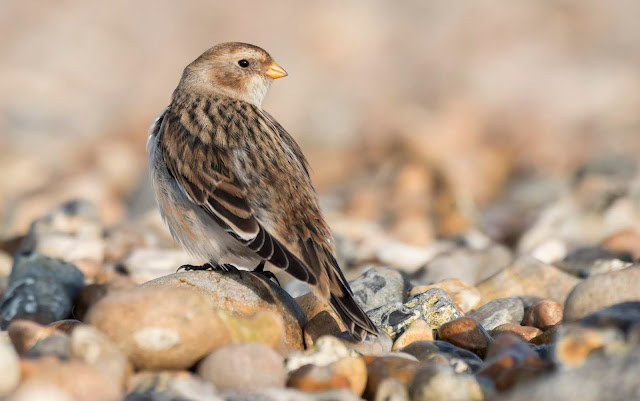 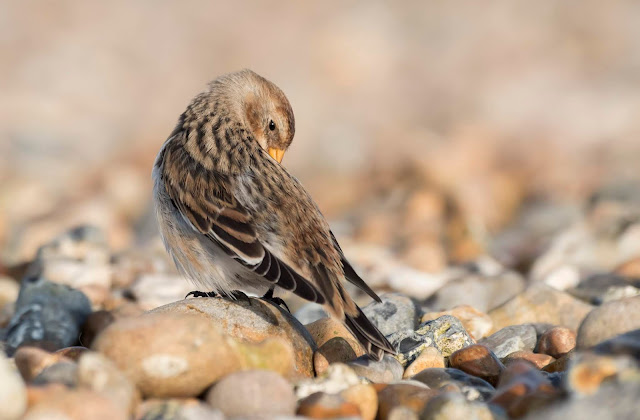 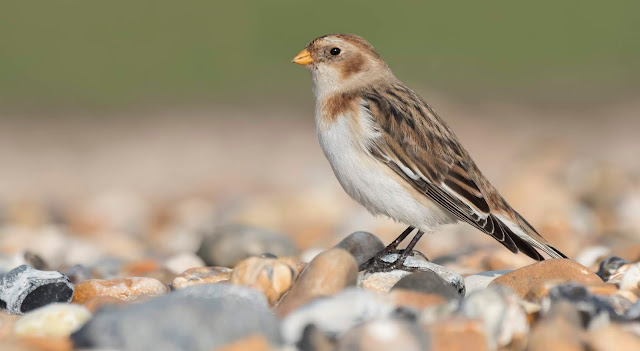 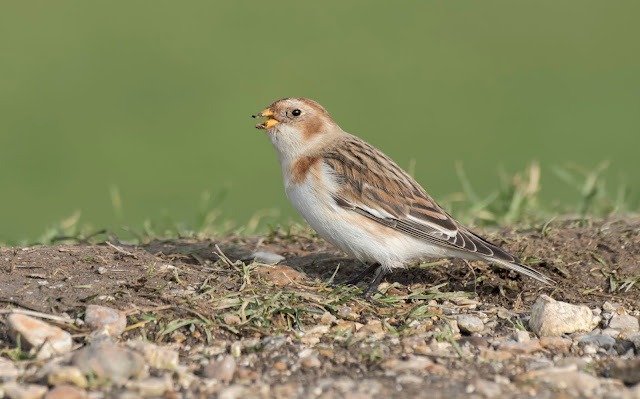 It was certainly a messy eater. 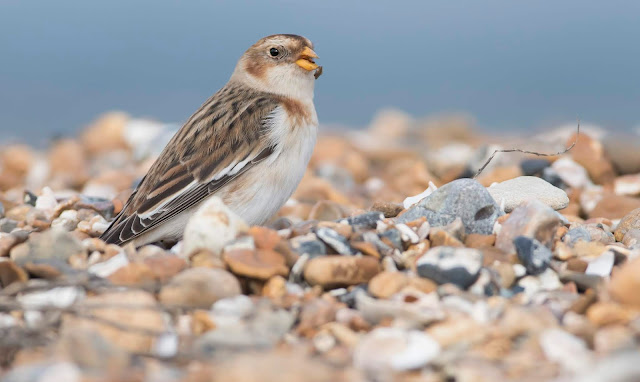 Still messy on the beach.

Shortly before we left the bird had disappeared, but I then spotted it sitting on one of the groynes where I assume it was busy digesting its food.
Thinking I may be able to get a shot or two a little different from most of the others I slowly moved into position. With such a confiding bird she allowed me to get several shots as she preened some more before the perfect pose. 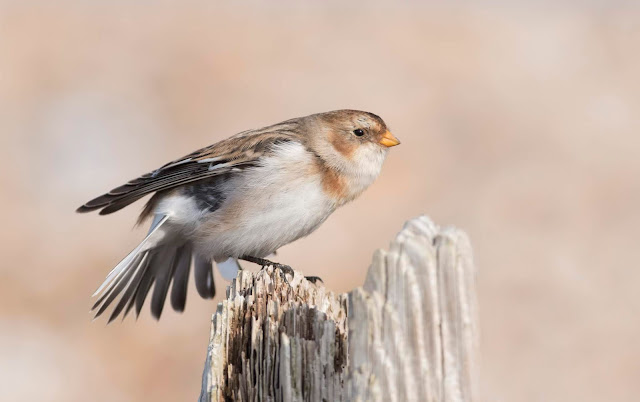 Having a preen on the groyne. 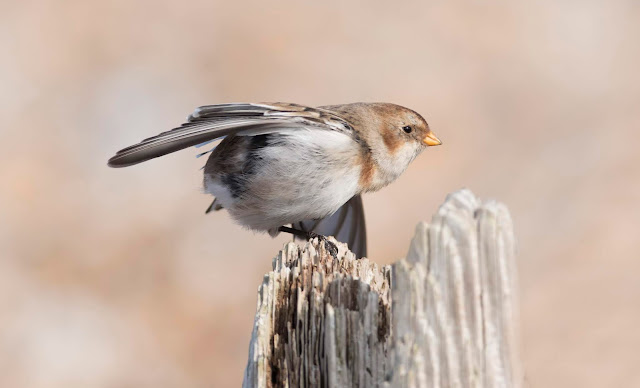 And a good stretch. (Hope it doesn't get a groyne strain)!!!! 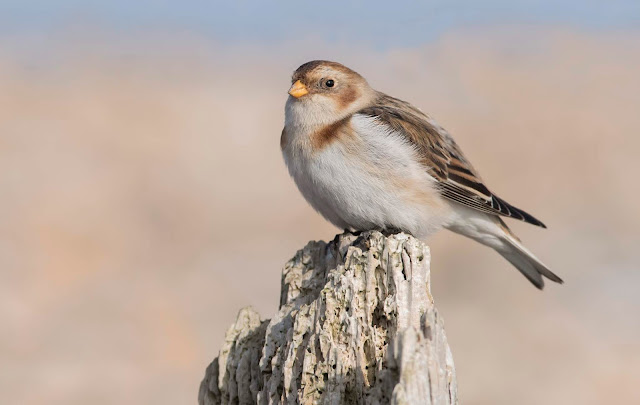 We then headed for a session with the Short-eared Owls. Once again we failed with the photography, but we did get some good views of several Shorties as well as the Barn Owl. 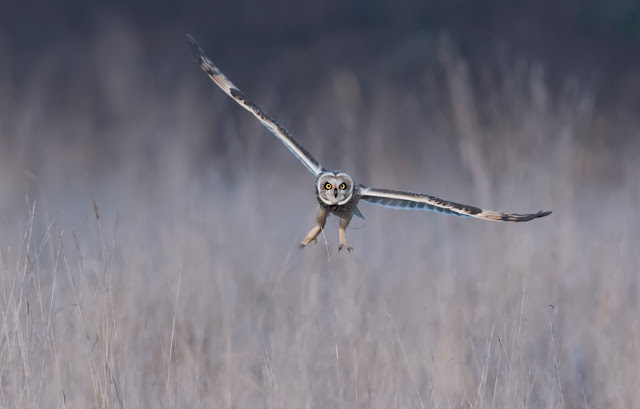 Short-eared Owl just after the light had gone.