Part 3 of our Bulgarian Butterfly hunt starts with a road that Matt spotted on the map on his phone, this was just past our favoured meadows. He could see that there were several more meadows in among the wooded areas that this road would go down.

As he turned off the road that we knew onto this woodland road it was apparent straight away that it was not a made up road and all the way along it there were enormous pot holes that the timber lorries had made. With Matt being Matt though that was not going to stop us and the little Cleo somehow made it down this horrendous road twice, as we went again the following day too!! We actually only heard the bottom of the car hit the track a couple of times, although in the very worst bits I did get out to lighten the car.

On the way down the track there were many places to stop and explore and many species were seen ranging as ever from Coppers to Fritillaries and different Browns. A small selection of shots follow. This includes the Spotted Fritillary, we did encounter this species several times throughout the week and it was probably our favourite species of the trip, absolutely beautiful species. 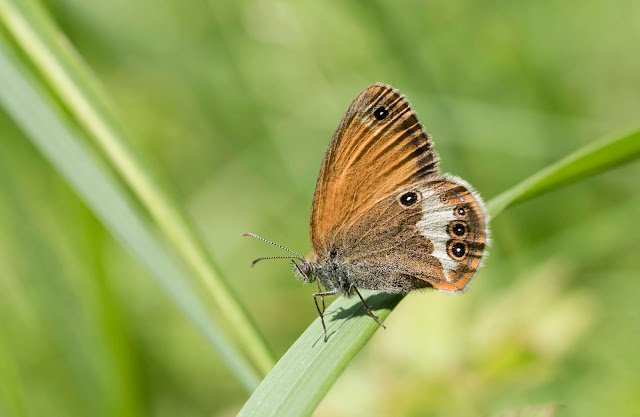 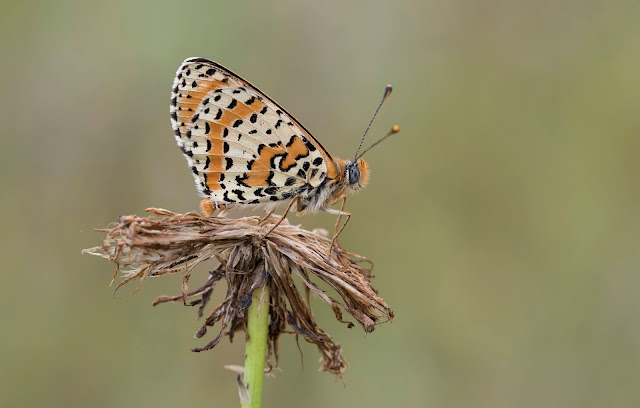 Spotted Fritillary. This one went to roost for a while during some rain. 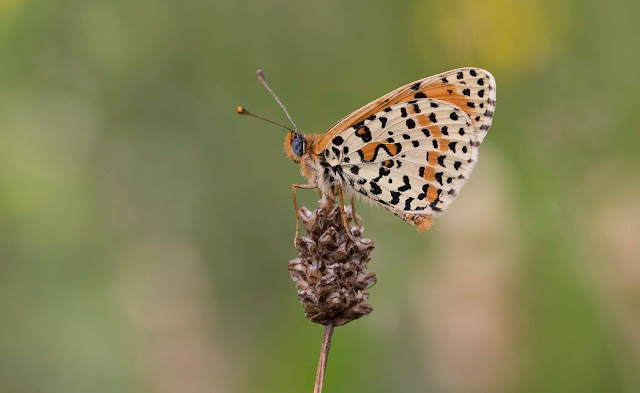 In the next meadow a differently marked Spotted Fritillary. 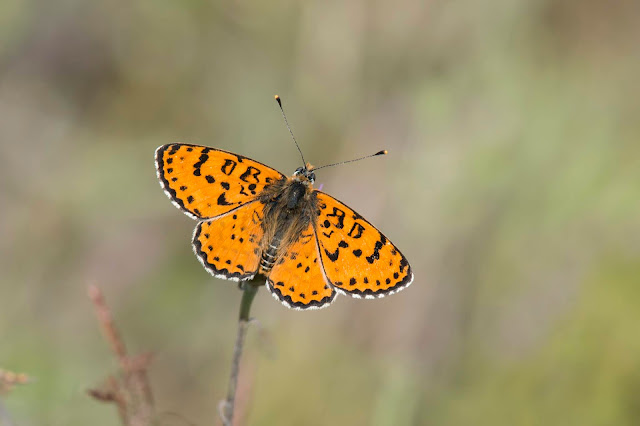 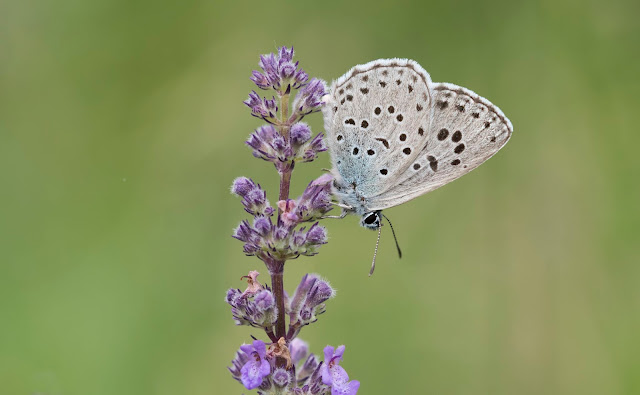 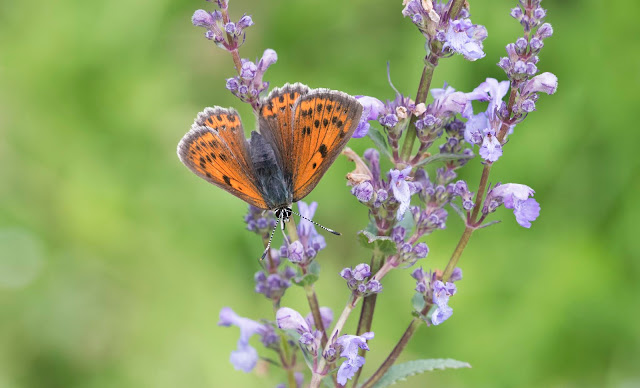 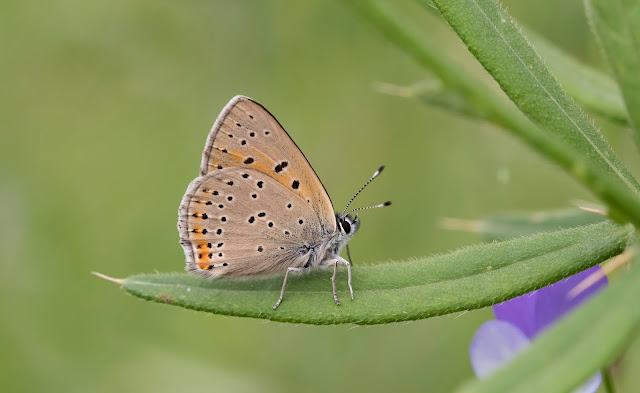 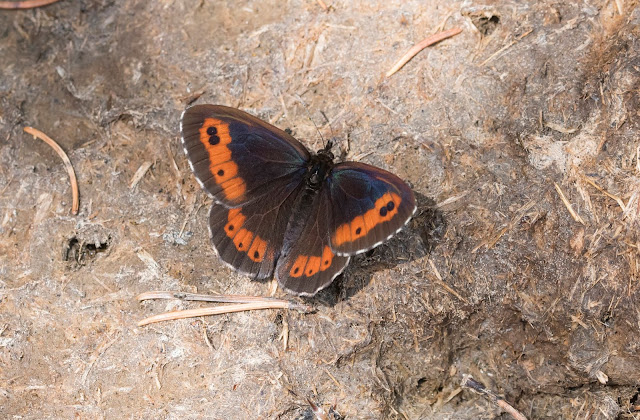 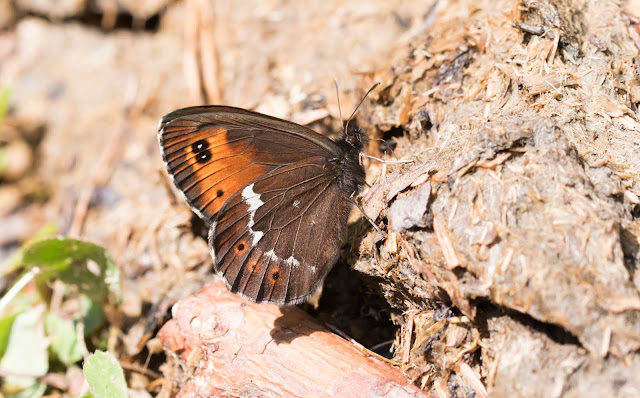 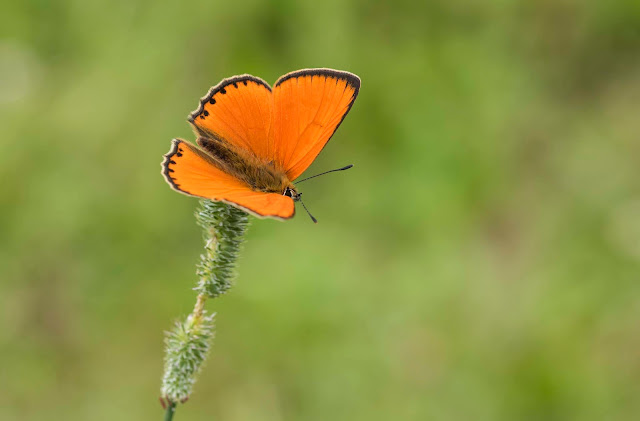 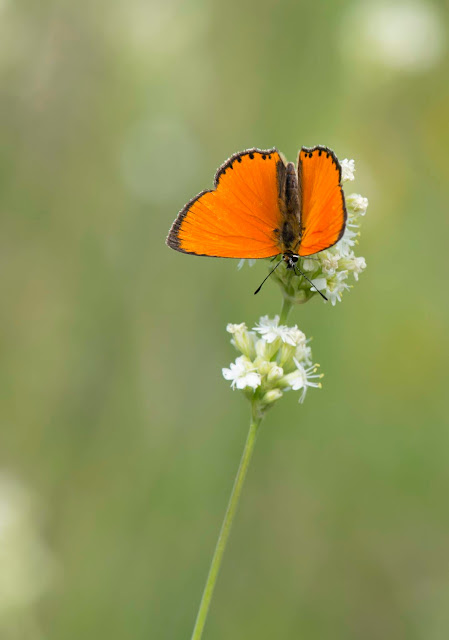 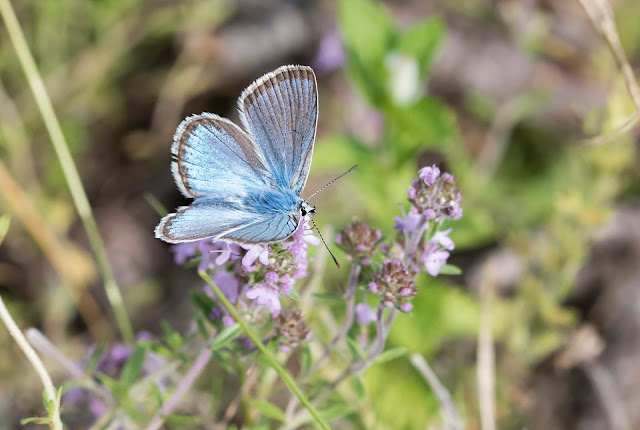 Possibly a False Eros Blue. The wide black margin and iridescent blue would lead to this id. 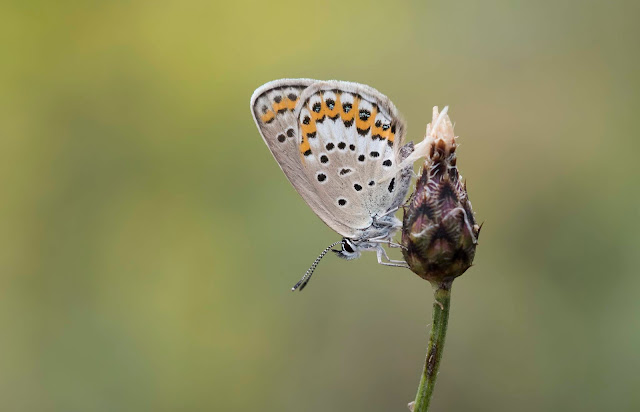 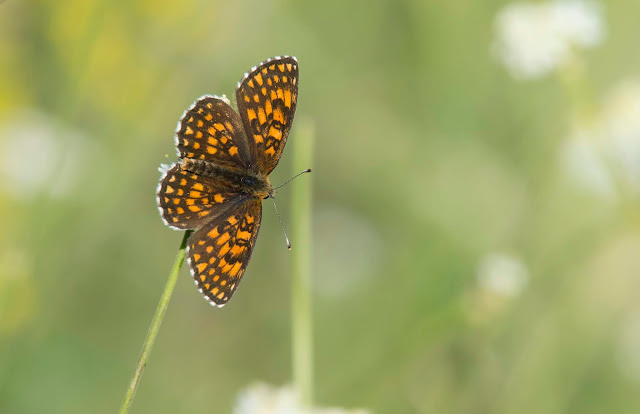 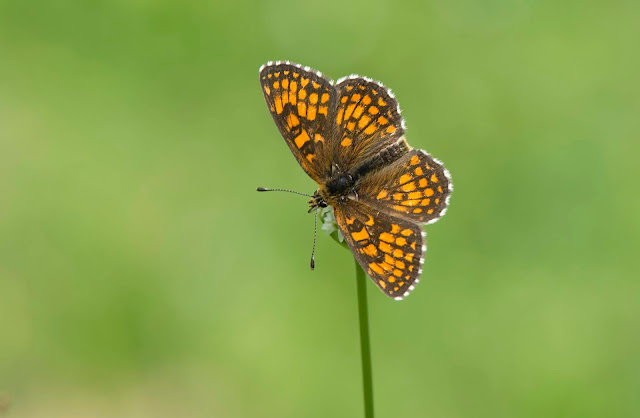 I hope the id's are correct. With only being used to 59 species of butterflies in the UK it is a struggle when being confronted by so many all of a sudden. Especially difficult in the case of Blues and Fritillaries. Matt spent some time each evening going through them all and trying to nail the id.

The final part of the butterflies to come..

Posted by Bob Eade. at 11:47
Email ThisBlogThis!Share to TwitterShare to FacebookShare to Pinterest