If variety is the spice of life, then Bulgaria is a great place for Butterflies.

On day 3 Matt and I headed high hoping for a couple of special species, the Bulgarian Ringlet and the Cynthia's Fritillary. Unfortunately, neither of these were found which was possibly down to a slightly late flight season in Bulgaria. However, whilst looking for the Ringlet we did stumble across another high altitude species, the Bright-eyed Ringlet. Other than this there were actually few butterflies up high. 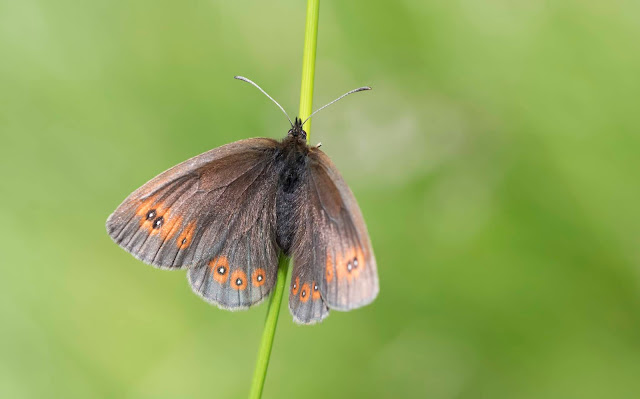 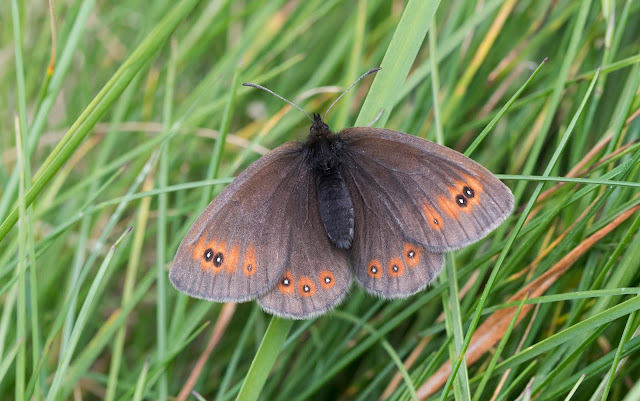 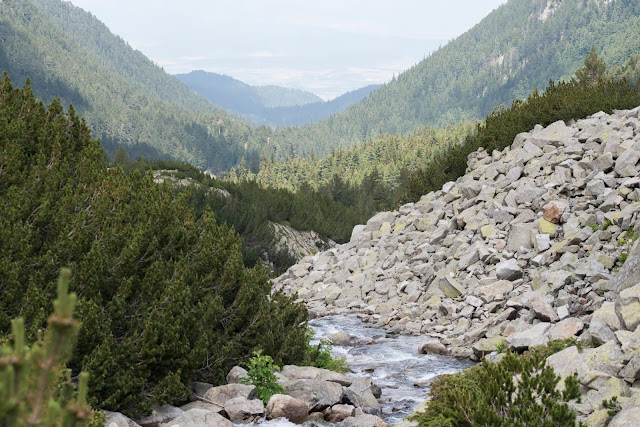 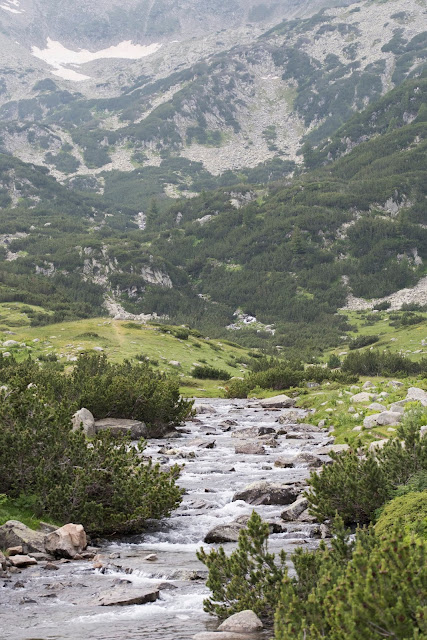 It was always good, once again, to get back to the meadows on the slopes where we were always going to see a much larger variety of species. Black-veined White was a regular species as were the various Coppers. It was also great to catch up with the incredible looking Nettle-tree Butterfly and a Hairstreak. The only Hairstreak we saw during our stay was the Sloe Hairstreak with 3 seen in different locations. 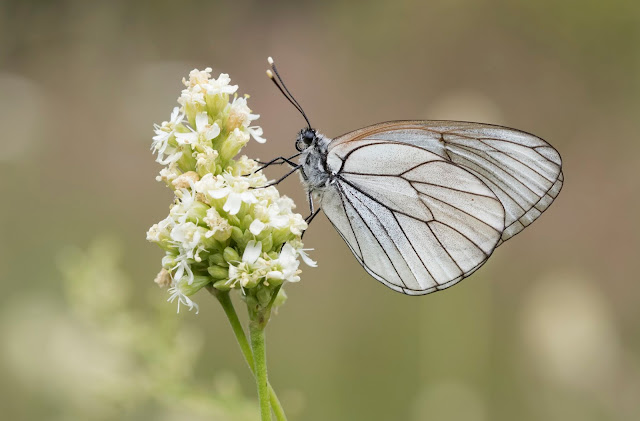 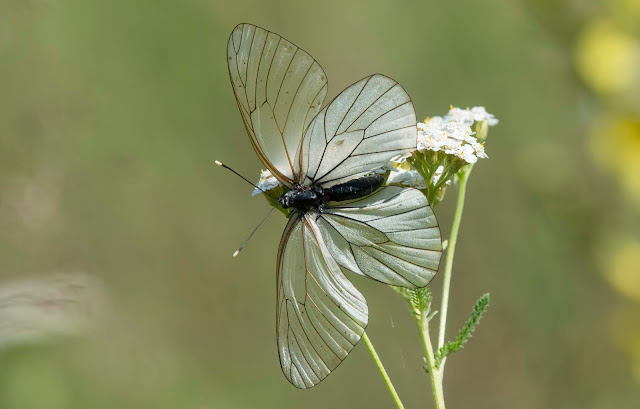 An unusual view of a Black-veined White. Another one had tried to mate with this one and to reject it the wings had flapped open and stayed like it for a few seconds. 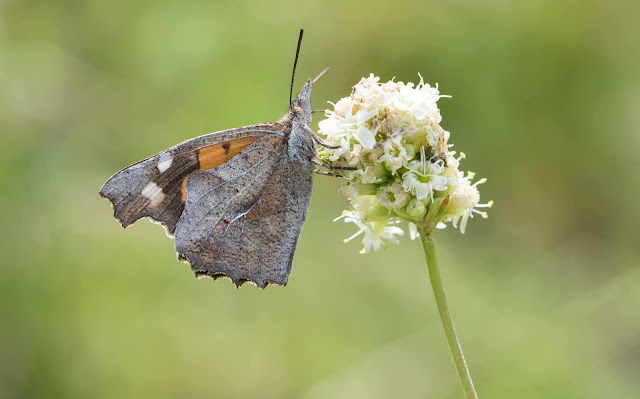 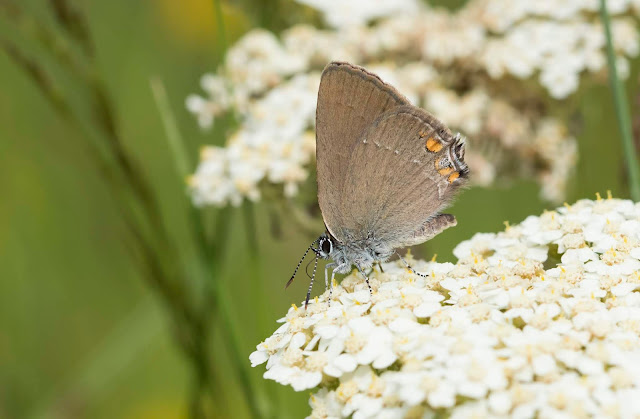 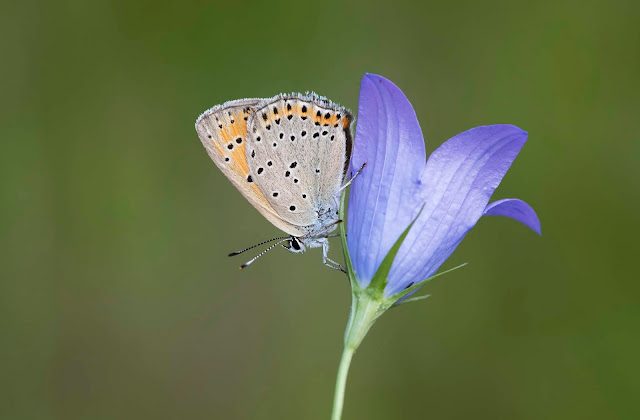 Purple-shot Copper.
This butterfly chose this spot to go to roost. Very considerate of it!! 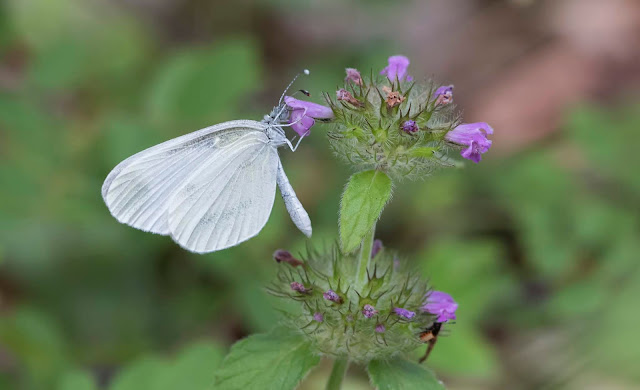 The following day we headed South towards Greece. Here we saw several new species including the lovely little Lang's Short-tailed Blue. Despite it appearing to be egg laying it simply vanished in front of us before we could get any photos. We also saw several Clouded Yellow and Spotted Fritillaries and a Marbled White which was of the form leucomelas. On the many paths were Woodland Grayling. These took to flight as we walked along the paths. 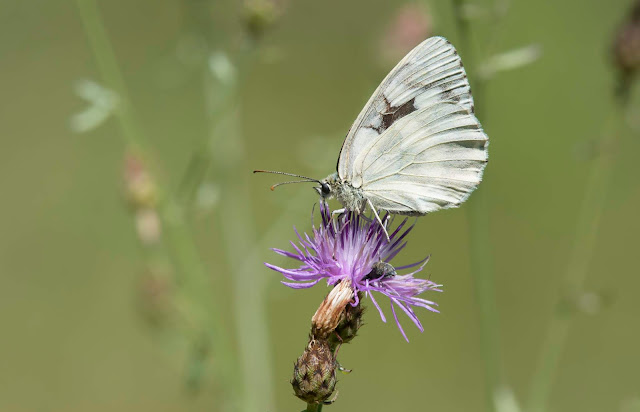 Marbled White of the form leucomelas with markings absent from under hind-wing. 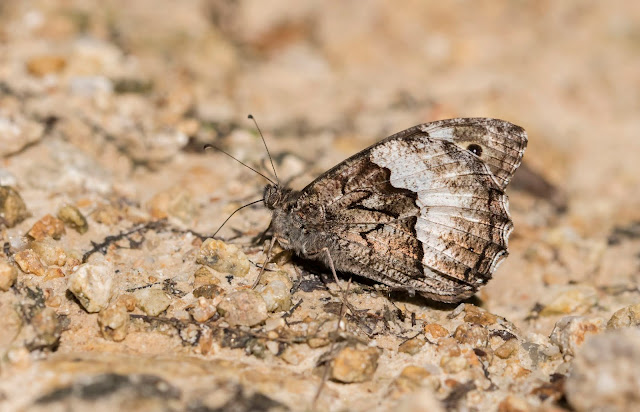 Unfortunately this day turned out to be a day where we stuggled to find the exact sites we were hoping to get to. On the way back we were looking for a reserve that wasn't where it was meant to be. Once again we improvised and found a great track running up a hill. Apart from some nice views again of Golden Oriole we saw my first ever Sombre Tits and Matt even got a lifer in the form of a Semi-collared Flycatcher. Back to the butterflies and we saw a lovely Sooty Copper, our only Purple Emperor and Common Glider of the trip as well as our 3rd Southern White Admiral of the day. 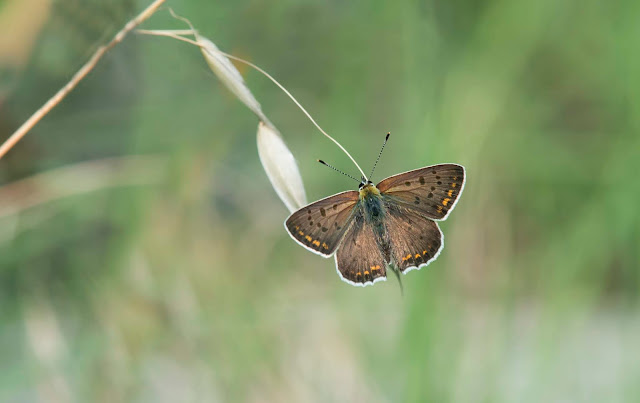 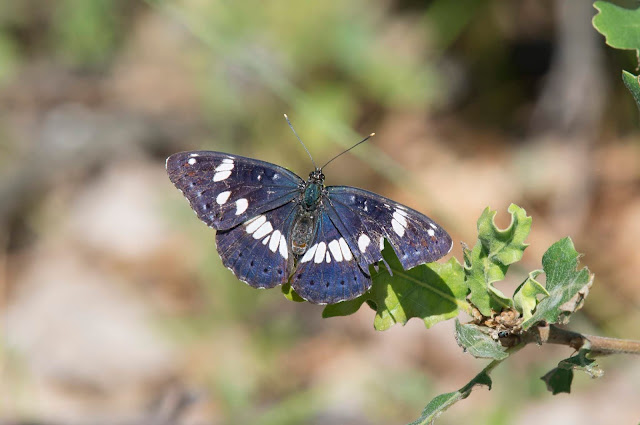 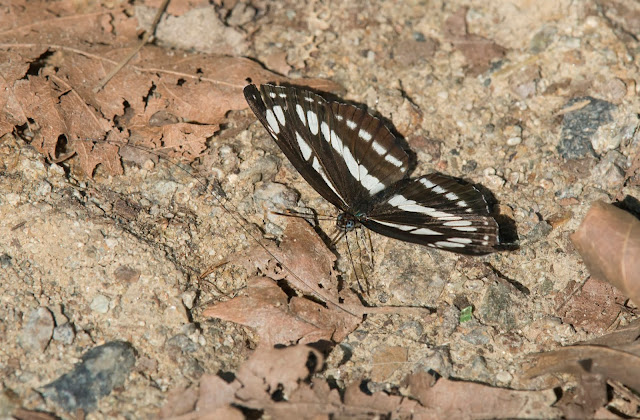 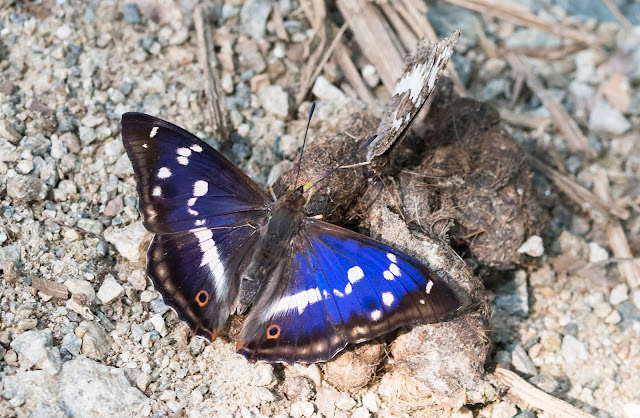