Yesterday was the best day of the Spring so far, so I decided to have a hunt in the local woodlands for signs of butterflies. The first woodland I went to is a private wood where I was hoping to find signs of Fritillaries feeding. Despite getting stung by some kind of insect on the back of the neck, I couldn't find anything. However, there was plenty of butterfly action with several Brimstone seen as well as a Small Tortoiseshell. On top of this a large amount of Frog spawn, the first Wood Anemone in flower and the base leaves of Bluebell really starting to sprout up. I then moved on to another woodland where once again the Brimstones were out in force. I also saw my first Comma of the year and a male Adder was also noted. As the clouds built up during the afternoon the Brimstones slowed down which allowed a few photo opportunities. Eventually one of these yellow beauties was seen going to roost under a Bramble leaf. 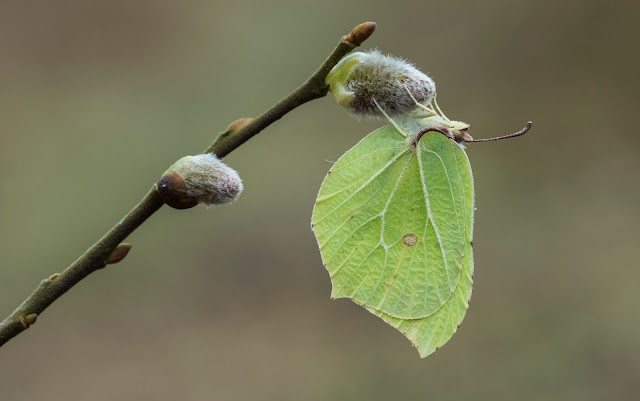 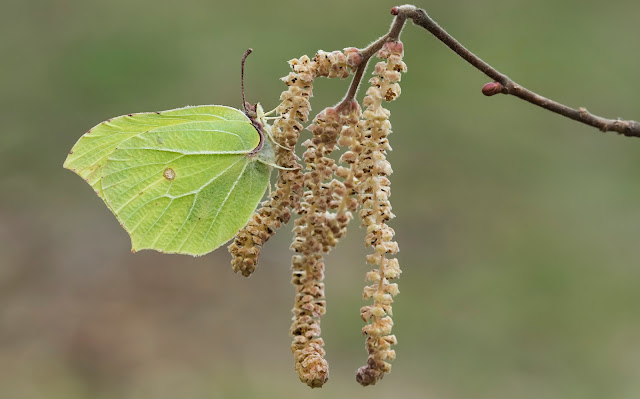 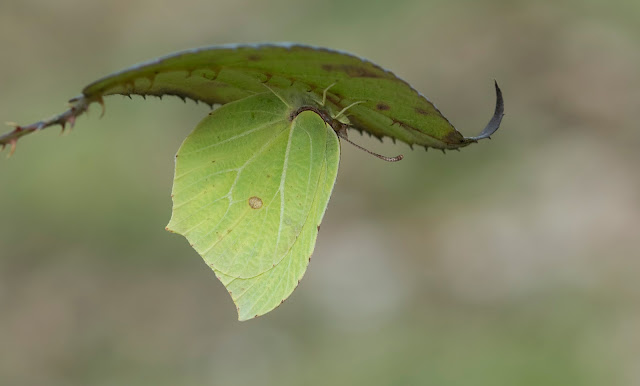