On Saturday another butterfly survey resulted in another Grizzled Skipper ab. taras. This one I managed to photograph as it nectared on Bugle. 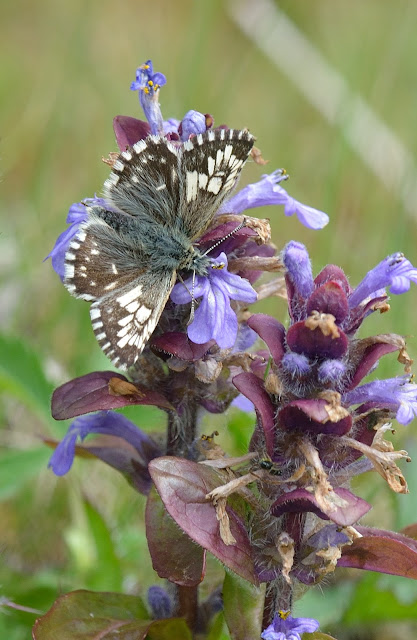 Other notable sightings were my first Broad-bodied Chaser of the year as well as my 2nd Painted Lady, several of the latter seen since then too. It seems there has been a bit of a migration going on. I also saw 4 or 5 of the superb micro moth Olethreutes arcuella. These little gems are only about 7mm long so are not easy to follow when they fly. After a bit of patience I eventually found one that posed well on a leaf. 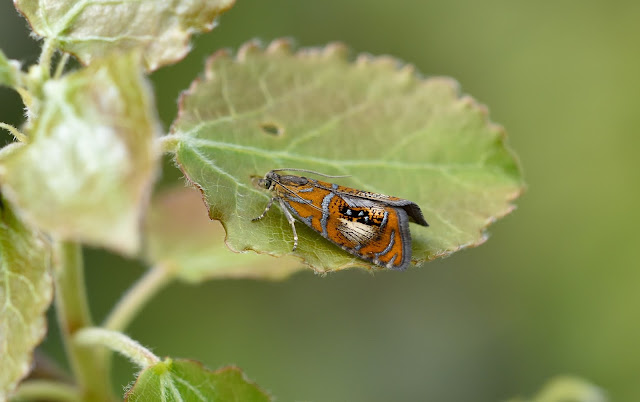 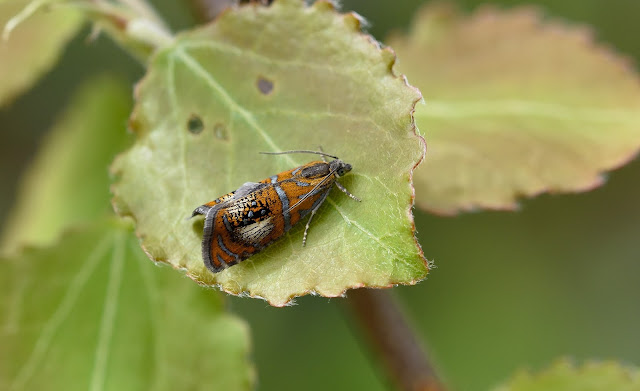 The biggest surprise however was when I flushed a Nightjar in the wood.

I then headed back to Seaford where James had offered to show me an area where he regularly sees Grizzled Skippers going to roost. Although we actually only saw the one Grizzlie it was a very fresh individual and it did pose particularly well for us as it sat up high on some grass taking advantage of the late afternoon sunshine. A few other butterflies were also seen including a couple of Wall Brown and Common Blue and very large numbers of Small Heath. My thanks to James for showing me a special site. 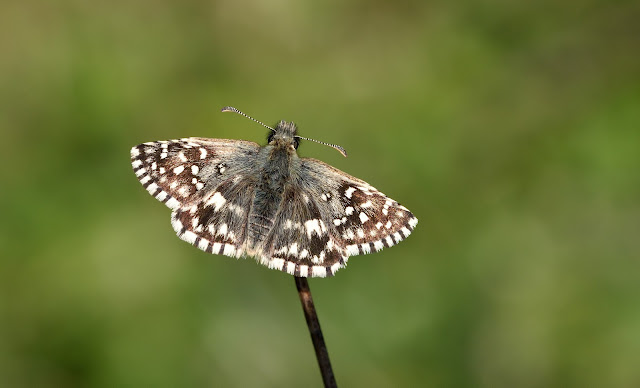