A Spring of Pearls.

I only managed a few visits to see the beautiful Pearl-bordered Fritillaries this year, although I have been pleased with some of the photos that I managed to get. The first visit was unexpected as I had planned, and arrived at my local patch to find that it was far too chilly for anything to fly in the breeze. Rather than head home I decided to head out to the relative shelter of the wood. My timing was perfect as almost as soon as I had arrived I spotted a female that had just emerged, and was mated before she had flown. This mating went on for 42 minutes, and it was the also the first female that had been seen at this site this year. Each visit I made I had some good sightings and photo opportunities. 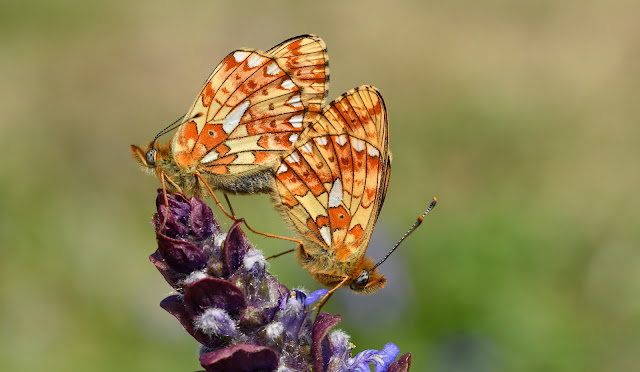 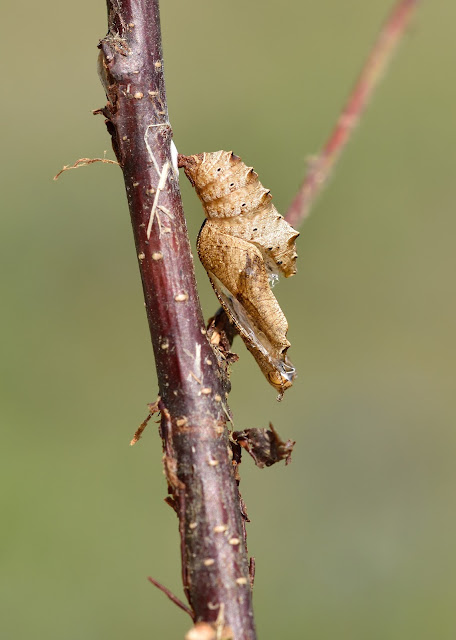 The pupa case that the female had emerged from. 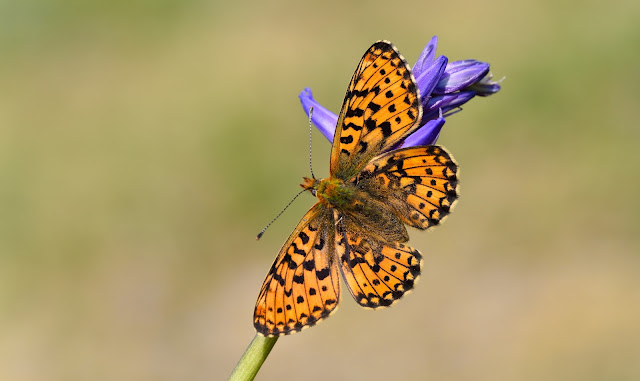 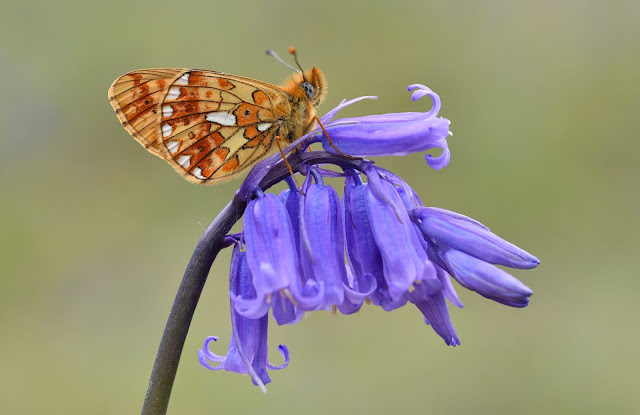 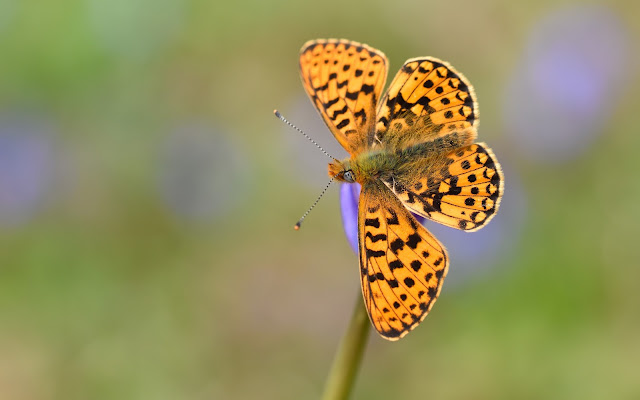 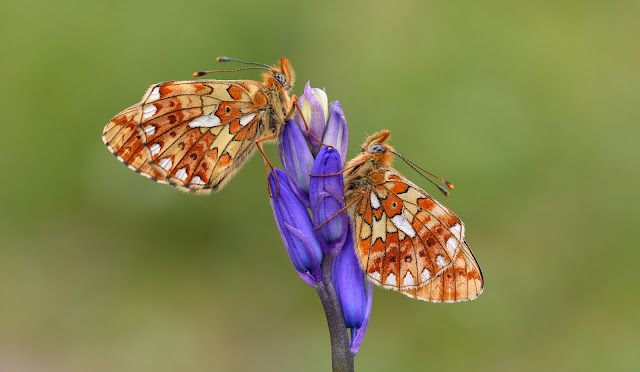