With a few butterflies seeming to be emerging ahead of schedule this year I started the day intending to work the patch to see if any early Grizzled Skippers and Green Hairstreaks had appeared yet. I was right down the bottom of High and Over, having seen my first Holly Blues of the year as well as very large numbers of the rare micro moth Pyrausta ostrinalis when I had a text from Leigh telling me that a Blue Rock Thrush had been found at Beachy Head. This is a bird that has never been seen in Sussex before, and as Leigh said, with Matt away I could get one bird ahead of him!! Mind you, with me collecting Matt from the airport tomorrow I might not be ahead on this one for long!! Well done to Al Redman for finding the bird and to Leigh for the message.

The bird looks as though it could well be the bird that spent the winter in Stow-on-the-Wold and is heading South now to where it is meant to be. Certainly a stunning bird and watching it here beats watching it in a housing estate. A few times a male Emperor Moth was buzzing around me, it seems that there is still a hint of the pheromone on my rucksack from over a week ago that the male Emperor today had amazingly picked up on. 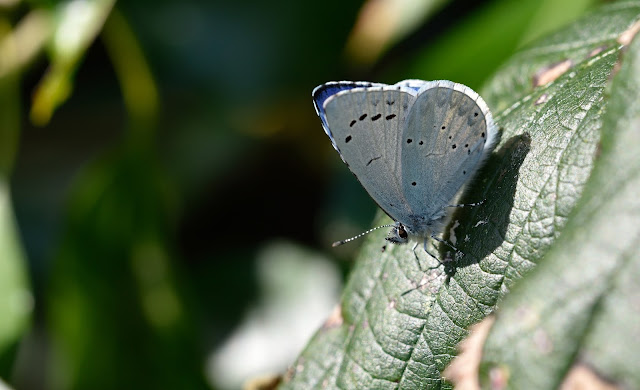 Male Holly Blue. My 10th butterfly species of the year. 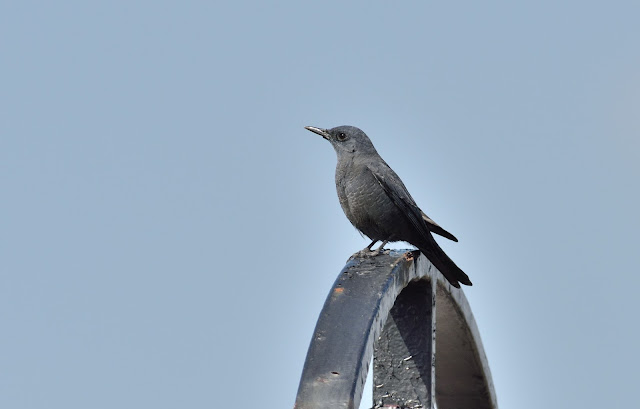 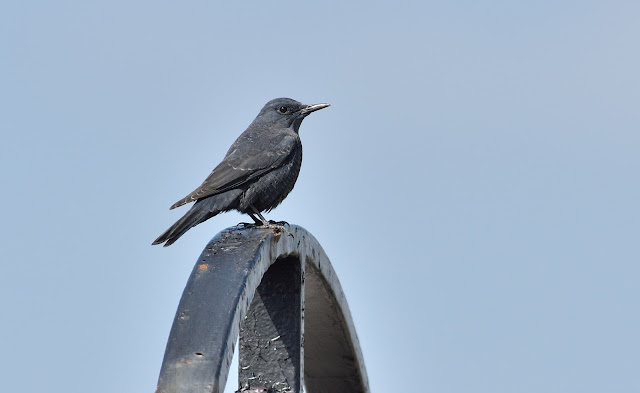 Blue Rock Thrush on the gate of the Belle Tout Lighthouse. 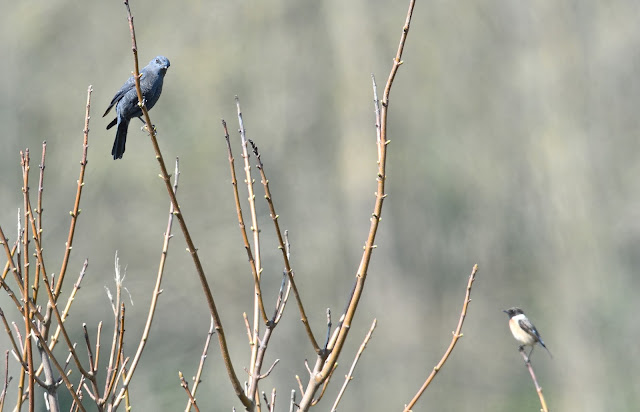 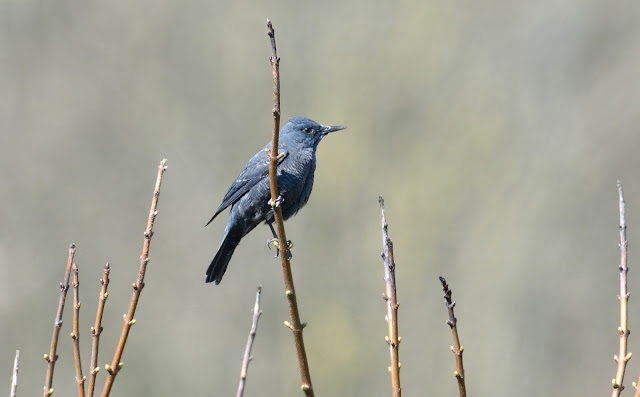 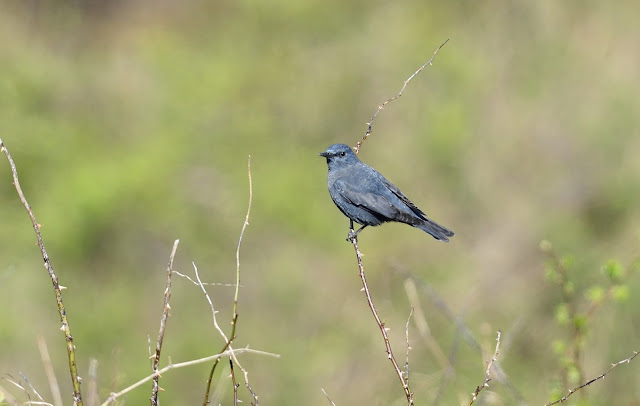 The Blue certainly showed up at times.