A day in West Sussex looking for a few scarce birds was a little bit of a letdown. Pete and I started in Petworth Park where we had nice, but quite distant views of the beautiful 2 male Goosander. We tried a little bit of stalking and hiding, but, they stayed well out of reach of us. Fortunately Petworth Park is a Deer park as well and there were plenty of nice looking Fallow Deer that were somewhat easier to approach than their totally wild brothers and sisters!!
We then headed to Waltham looking for the Great Grey Shrike. Although it had been seen earlier in the morning the bird had vanished and failed to re-appear. A walk along the lane to the sewage works produced good numbers of Chiffchaff including a couple that were almost certainly the Siberian race. By now the weather had also taken a turn for the worse, so with rain falling we called it a day. A few shots of the Fallow Deer follows. 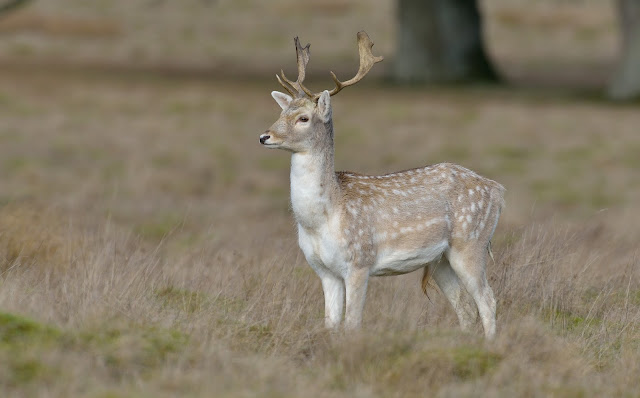 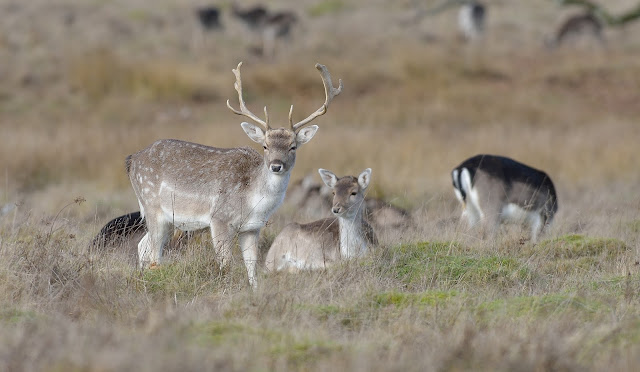 Fallow Buck with Does. 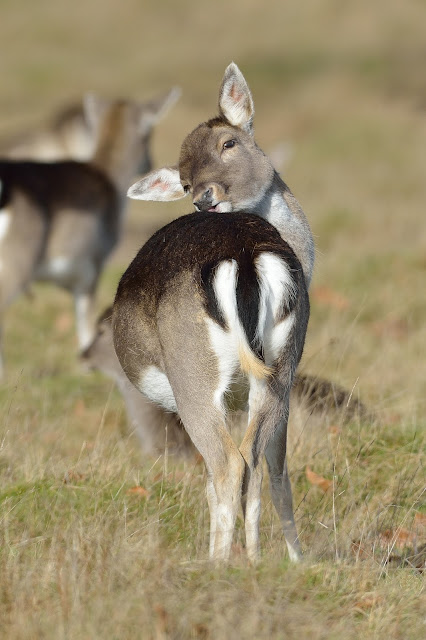 Posted by Bob Eade. at 11:41
Email ThisBlogThis!Share to TwitterShare to FacebookShare to Pinterest