Over the last couple of weeks I've managed a few trips out looking for some different birds. Despite failing on the photographic front I have managed to see 3 birds that I have never seen before in the UK. In fact 2 of the birds were totally new to me anywhere!!
A couple more Short-eared Owl trips in cloudy conditions produced mainly distant views with only a few photos, one of which I was quite pleased with as it is quite atmospheric. 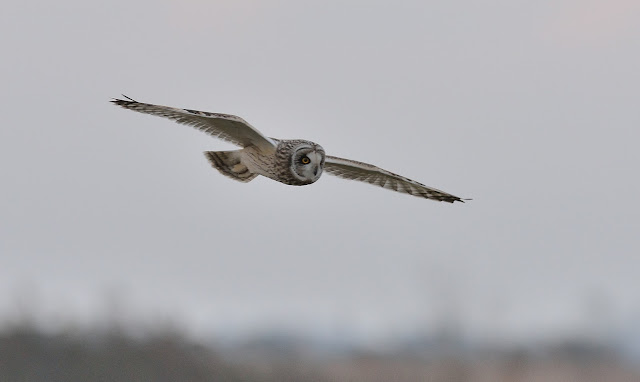 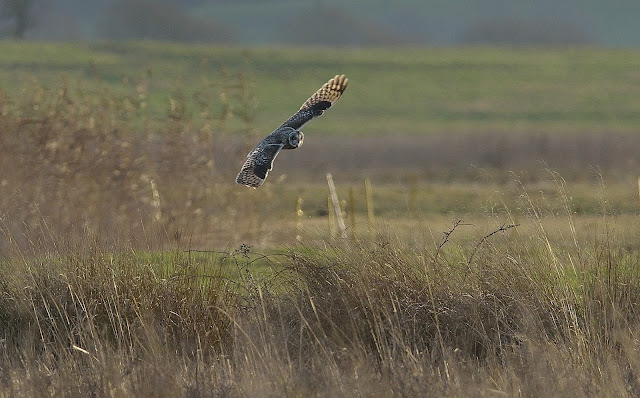 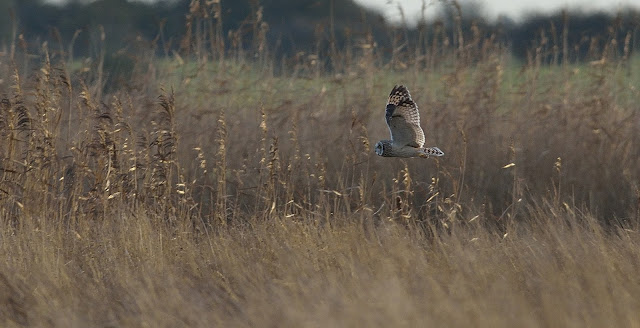 Tide Mills has continued to produce good birds this year with a beautiful male Serin. The bird appears to have moved on now, but for a few days over Christmas it was seen foraging around the old ruins. I was hoping for some decent pictures of this beauty, my first in the UK, but the bird was always on the ground amongst the weeds, or sitting in the middle of a bush. After several hours it did eventually sit a little further out in the bush, although once again the results were a little disappointing, although it does show the stunning yellow plumage. 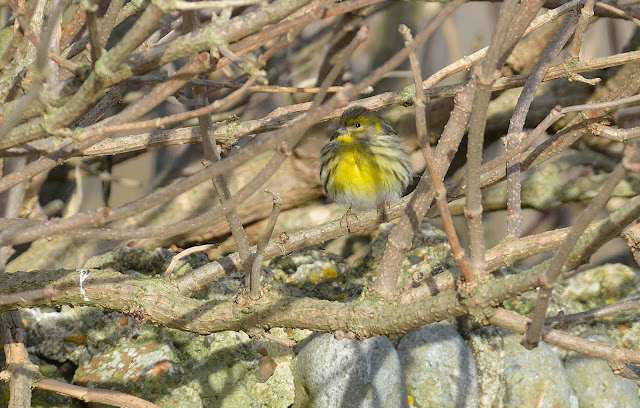 In the thick fog yesterday Pete and I headed for Dungeness hoping to see the Ring-necked Duck and the Stejneger's Stonechat. Neither of us had seen these birds before and as we left Seaford we hoped the weather would improve. Unfortunately this didn't happen and we arrived at Dungeness in pretty thick fog. After seeing some Tree Sparrows we went to the pool where the duck was and found it was asleep!! We then went to where the Stonechat was meant to be and found out it had vanished about 2 minutes before we arrived!! After searching for nearly 2 hours we went back to the Duck that had by now woken up, hurrah. I managed one photo through the fog before we went back to continue the Stonechat hunt. One chap that had arrived the same time as us before was still hunting for the bird but we heard that it had been seen very briefly by someone else. After another 20 minutes we gave up and headed back to the car. Halfway back though the bird was spotted at last. We then enjoyed watching it for around 10 minutes as the light faded away. At least we managed the 2 really rare birds in the end. Whether I will make it back there in better light before these birds move on I am not sure. 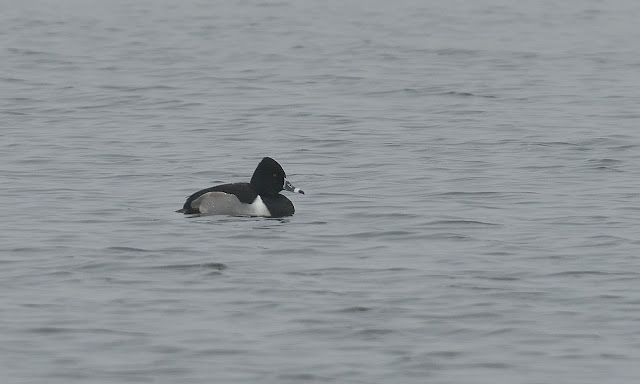 Ring-necked Duck in the fog.

Posted by Bob Eade. at 17:57
Email ThisBlogThis!Share to TwitterShare to FacebookShare to Pinterest