Not For The Faint-hearted!!

One of those days where lots happened. Following our finding of the more common Raft Spiders last year Nigel and I have got very interested in these smart beasts and with Britain's stronghold of the extremely rare Fen Raft Spider we have been keen to see more of this very large water spider.
On the way to the levels we found a Grass Snake sitting in a bush enjoying the late summer warmth. It didn't realise we were there until we had both taken several pictures. 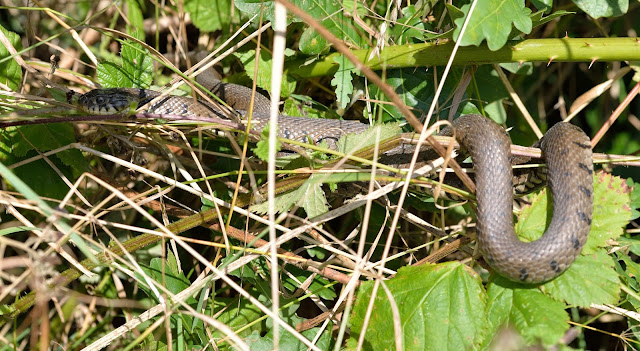 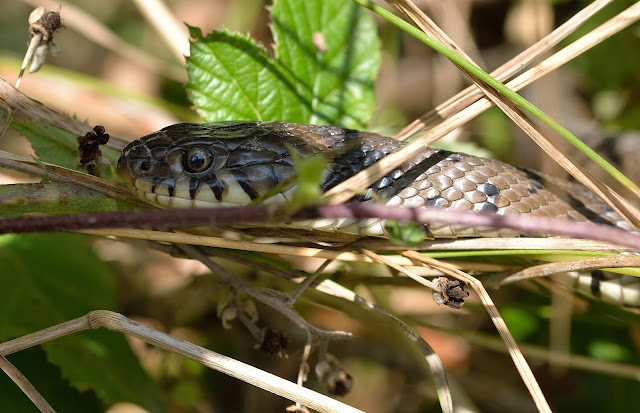 Grass Snake in the bush.

After a bit of hunting along the many ditches we came across our target with some Spiders with nursery webs, some with egg cases and some sitting on the water plants. Stunning creatures, and to think these are only found in 3 places in the UK. 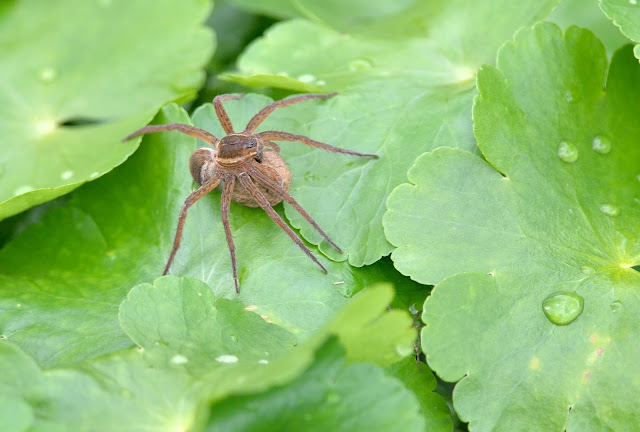 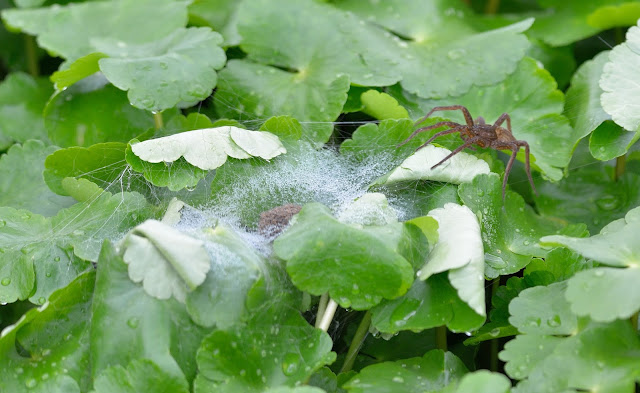 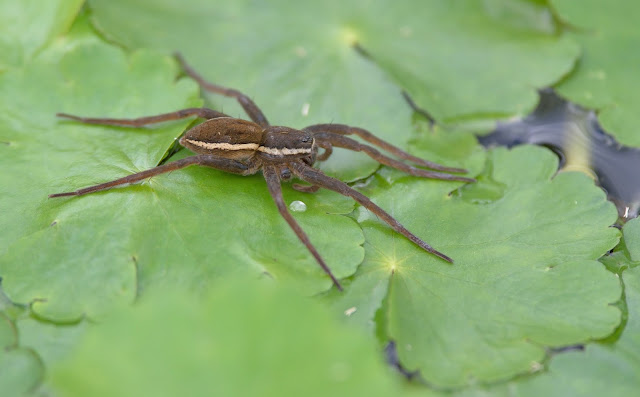 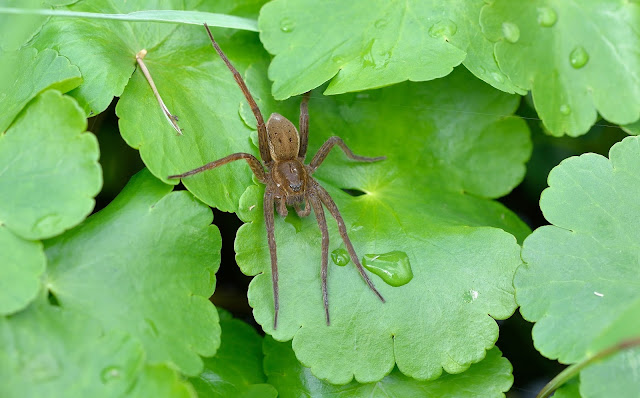 Following this I had 2 hours at Beachy Head where I was hoping to see the juvenile Red-backed Shrike that was found in the morning. After some time I spotted it from the other side of the valley of Chat Vale. I then couldn't find it for a while but eventually it appeared quite close. As ever, my bird photography leaves a bit to be desired, but at least I managed something. 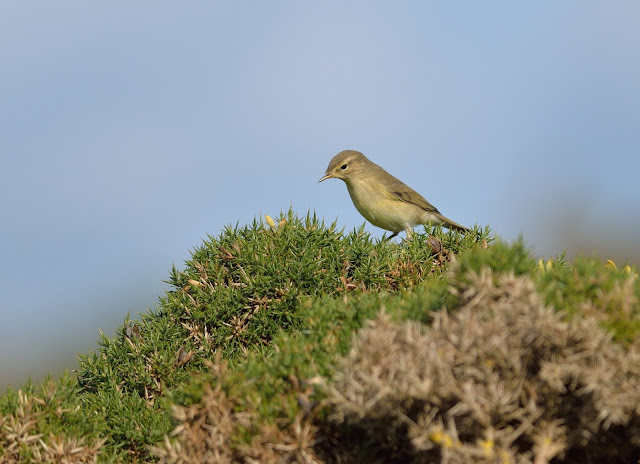 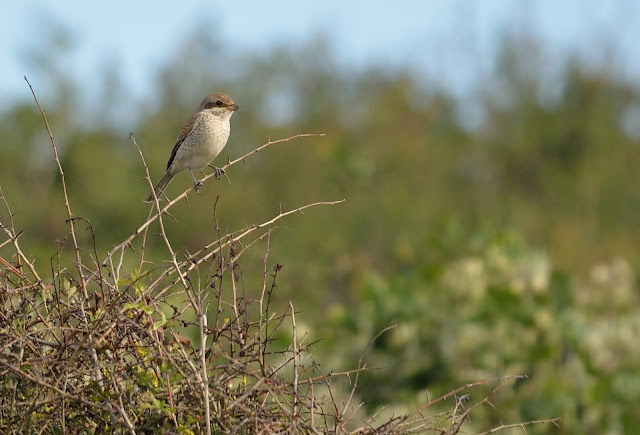 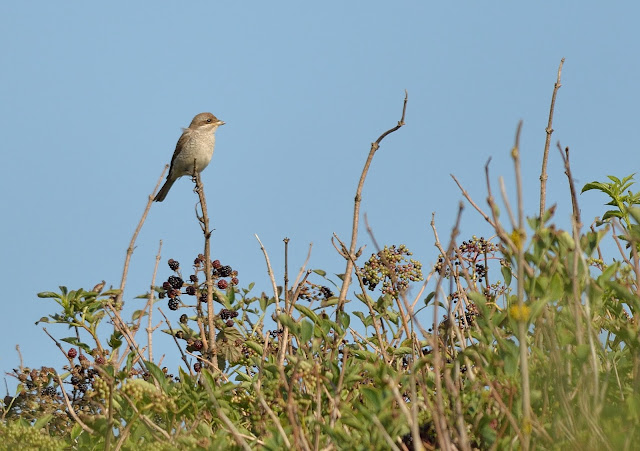 Posted by Bob Eade. at 21:14
Email ThisBlogThis!Share to TwitterShare to FacebookShare to Pinterest