With the first decent day for some time, and only a light breeze I decided to have an early start at the back of Seaford to see if I could get some more Chalkhill Blue pictures. As it had been quite cool overnight I was hoping that the butterflies would take some time warming up giving me plenty of time to get some shots. Unfortunately, this was not the case as the butterflies seemed to take to flight as soon as I approached them. Eventually I found one very fresh individual that allowed a close approach and I was pleased with the results. 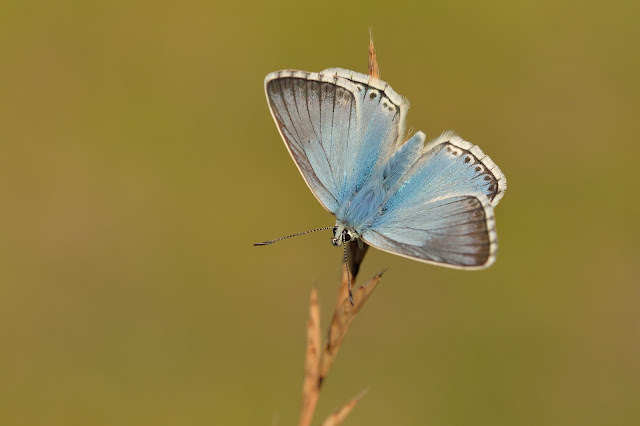 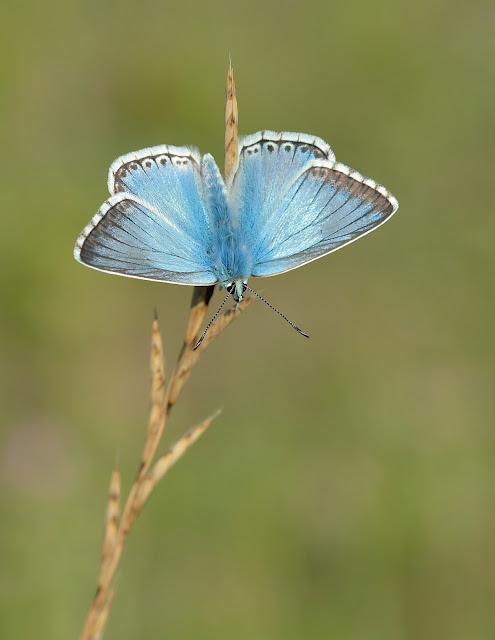 Once this guy had become too active I wandered about looking for anything else of interest. I saw a fresh male Wall Brown which I attempted to creep up on. It took flight a couple of times and then shot up in the air battling with another. I saw one of them land and approached it again and was amazed to see this one was actually a Grayling. This is a butterfly that is rarely seen away from its stronghold around Windover Hill. I did see Grayling here 3 years ago and Nigel also saw a couple in 2006 but the colony has never become established so far. I very soon saw a 2nd individual and both of them were very fresh males so almost certainly came from eggs laid here last year. I managed a few shots of these 2 and then managed a shot of the male Wall Brown as well. All in all a very successful morning with the excitement of finding a Sussex rarity locally. 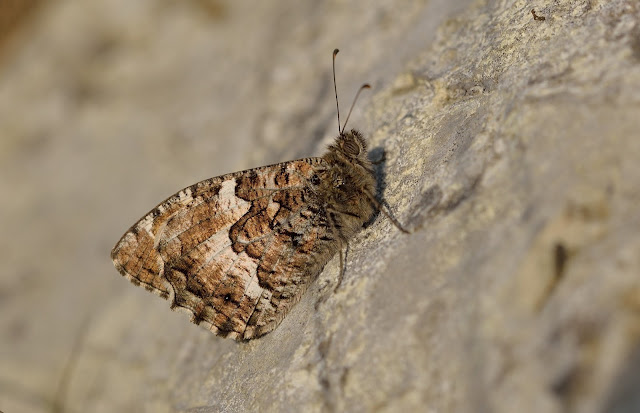 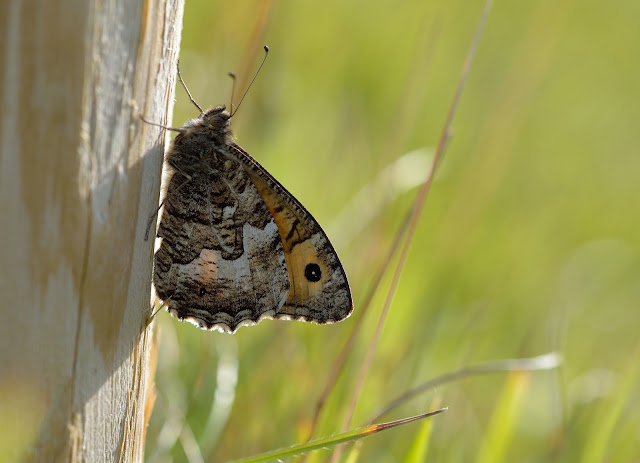 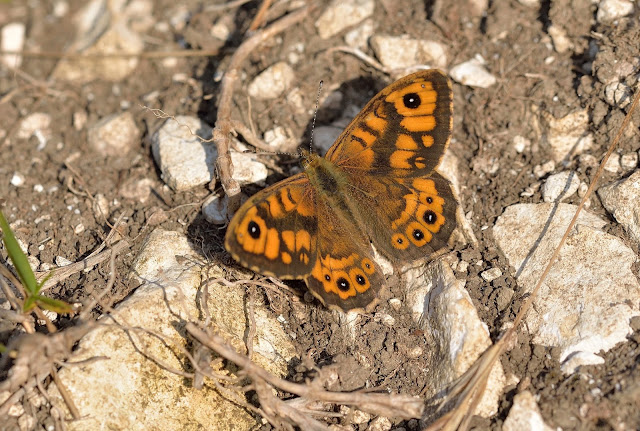 Posted by Bob Eade. at 17:40
Email ThisBlogThis!Share to TwitterShare to FacebookShare to Pinterest