A 'Cricket' Score on Hairstreak Hunt.

With the White-letter Hairstreaks having their best year for some time I've been trying to get to areas where I've seen them in past years along the Cuckmere. I'm not expecting this area to be as good as in the past due to so many Elms being felled, or dead and left standing due to the dreadful Dutch Elm Disease all along the Cuckmere valley. However, there are now good stands of Elm suckers that will hopefully support some of the colonies in the future. The weather was not particularly encouraging with a steady breeze blowing but as I was approaching what was my best area from 3 years ago I was really pleased to see a male Hairstreak on a Creeping Thistle. As soon as I saw it it flew up and was lost to view. I then bumped into Geoff Gowlett who was hoping for the Large Tortoiseshell that had been seen in the area a few days before, but was also on the lookout for the Hairstreaks. I suggested looking on some Creeping Thistle further along which had the benefit of a colony of Essex Skippers nearby. Here we saw 2 Hairstreaks as well as good numbers of Essex Skipper. I also managed to find a couple of the very impressive Roesel's Bush Cricket which he hadn't seen before. 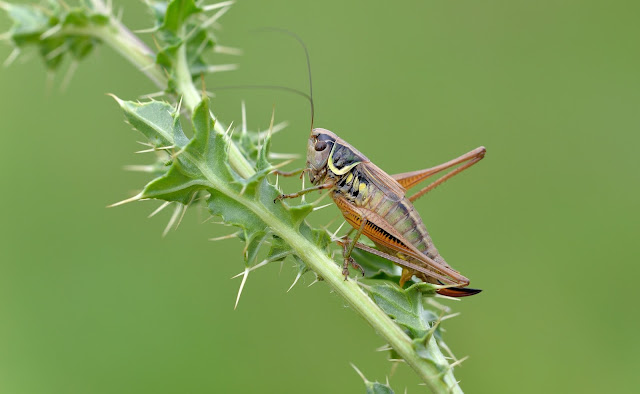 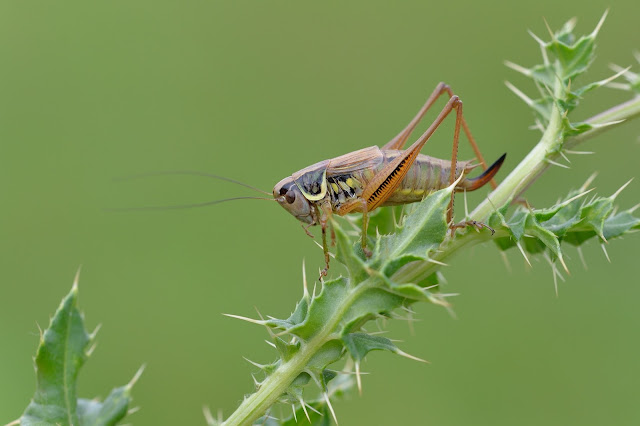 We then headed further downstream where in several different spots we found more White-letter Hairstreaks with 4 showing in one spot at the same time. Quite surprising was seeing another one nearby nectaring on Ragwort. All in all it was a very satisfying day hunting out my favourite butterfly with up to 9 seen across a large area. Despite my fears with the Elm disease I hope that these butterflies manage to hang on in the area for a while yet!! 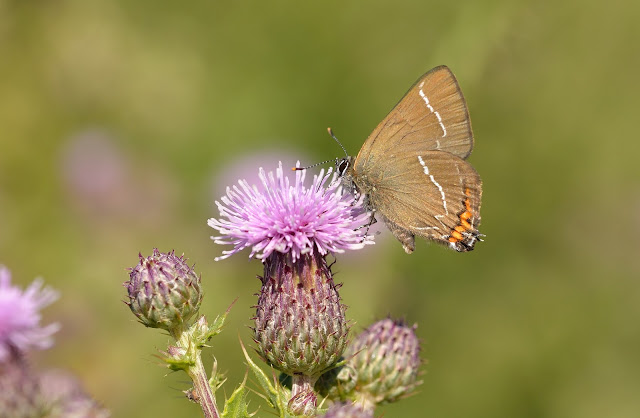 Posted by Bob Eade. at 22:47
Email ThisBlogThis!Share to TwitterShare to FacebookShare to Pinterest