Since finding the only ever record for a Frog Orchid hybrid a couple of years ago, I have checked last year and now this year to see if it is going to re-appear. As far as I am aware there were no sightings by anybody last year and I thought that maybe that would be the end of it. Pete and I decided to go and check out the Downland site for this orchid and also normal Frog Orchids. At first it looked as though we were totally out of luck as there only seemed to be Common-spotted and some Fragrant Orchids. In the spot where the hybrid was I checked each plant a bit closer and I was very surprised to find that what looked like a tiny damaged Common-spotted Orchid was actually the hybrid. It was nothing like its former glory, but at least it is still alive. 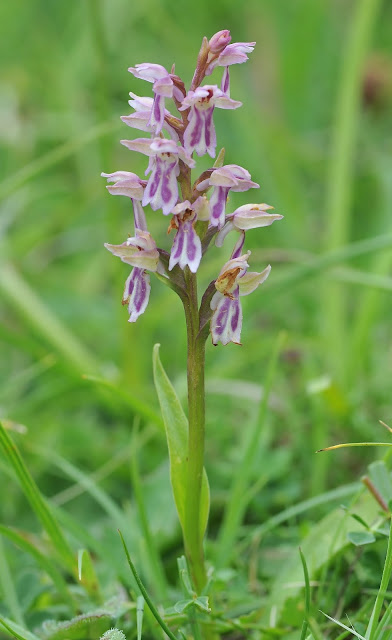 Frog/Common Spotted Orchid Hybrid.
In its former glory on the day it was found 18/6/2013. 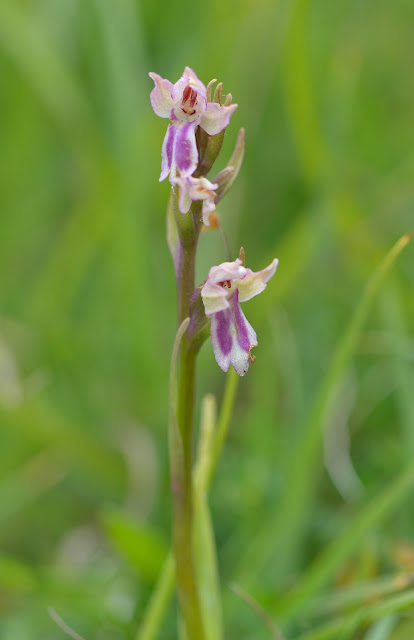 Frog/Common Spotted Orchid Hybrid.
As it is this year 2015!!

Following this we went to see the nearby Bee Orchid pale form Var. flavescens. 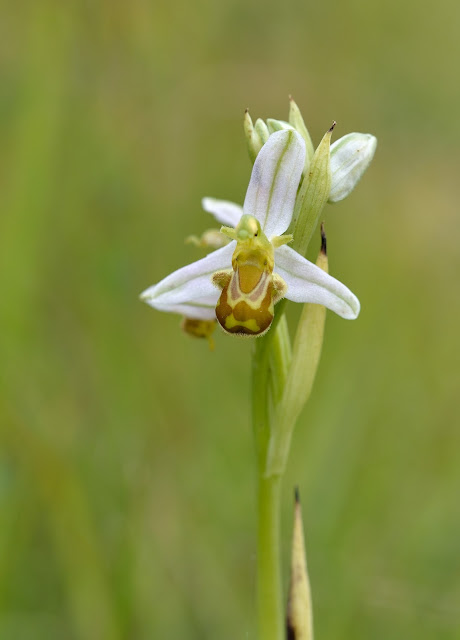