I haven't managed to see the Heath Fritillary since May 2011 despite trying for them last year. With a window of opportunity though I made the trip to Kent earlier this week. On arrival the weather was overcast and the butterflies were keeping well hidden. It was not long though before warmer weather arrived and the butterflies appeared as if by magic. From then on there were butterflies all around including many courting pairs. Superb to see this species again and despite already having some photos that I was pleased with from the past I managed some more worth keeping. Whilst in the wood I also found a Rhagium Mordax, a long-horned beetle that always seems to have a bit of character. 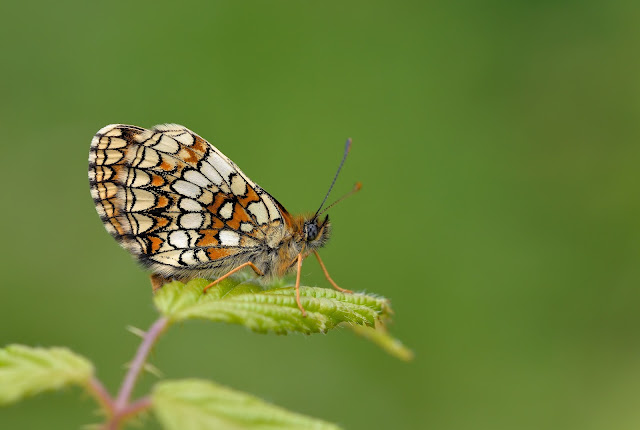 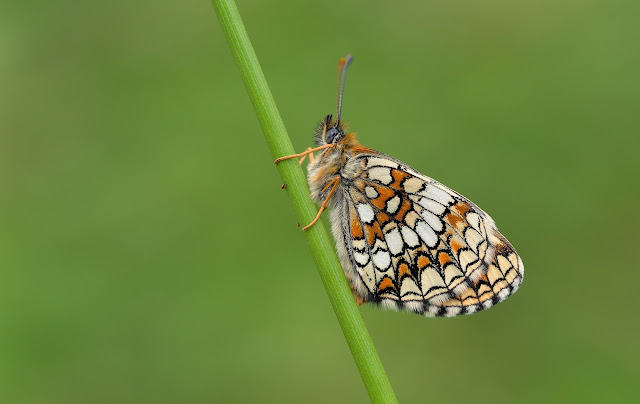 The beautiful underside of the Heath Fritillary. 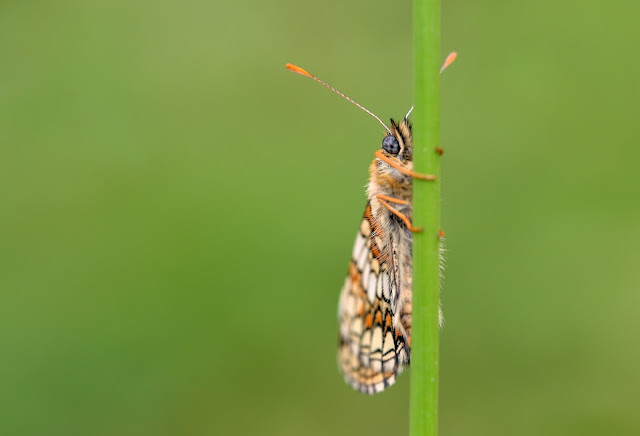 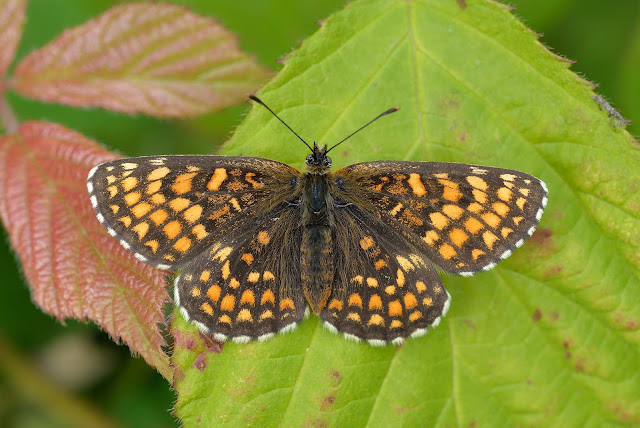 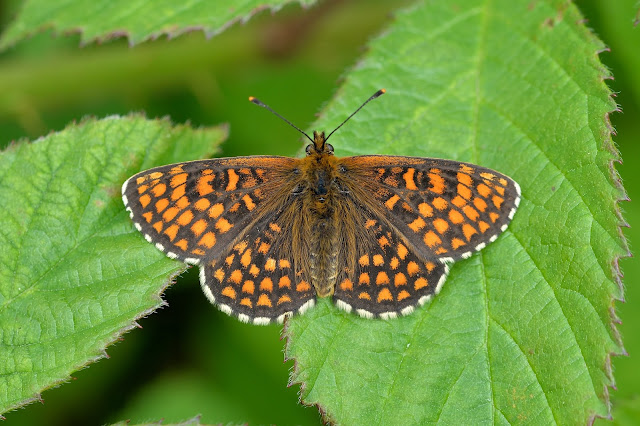 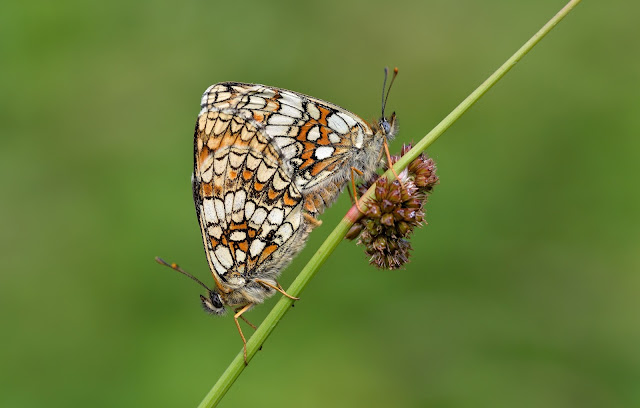 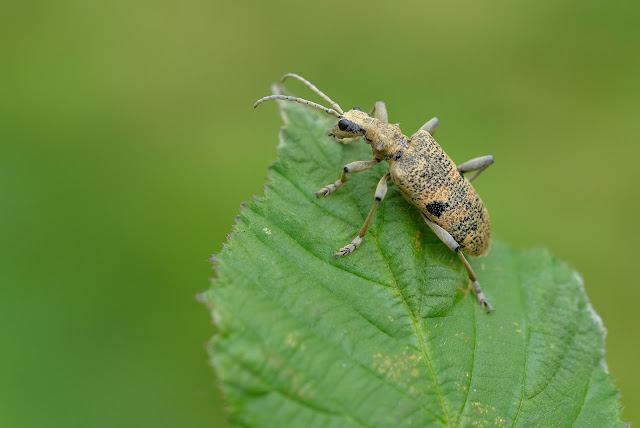 Following this success it was then heading to the North Downs in Kent looking for orchids. Although some of the plants were past their best it was still good to see some fine Butterfly Orchids and Late Spider Orchids. I also found some Musk Orchids, a species that used to be common in the Lewes area until the drought in 1976. 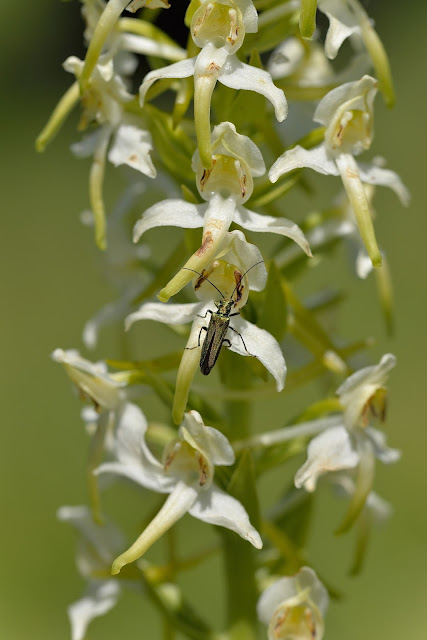 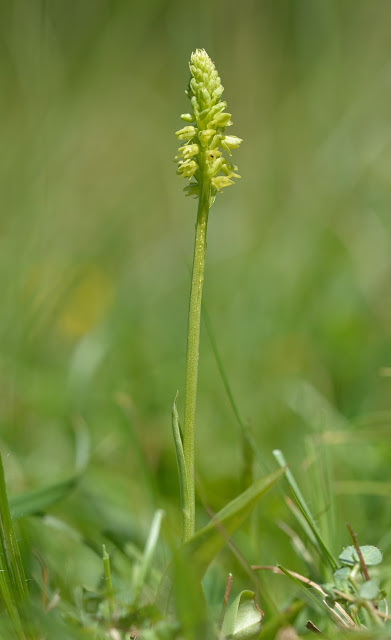 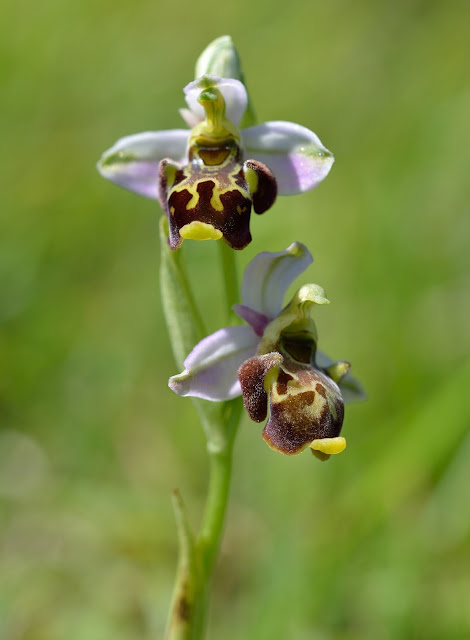