A Duke Meets a Duchess.

With nearly all my photographs taken within walking distance of home it sometimes becomes necessary for the odd trip further afield. With two of Britains most endangered butterflies on the wing at the same time I do like to make the trip to West Sussex for the Duke of Burgundy and into Surrey for the Wood White. It also makes for a nice round trip which, with an early start, is easily possible on the same day.
I had 2 days last week where this was possible, but as always the weather had other ideas, so with a slightly improved day, Thursday was the day. On arrival at the site the clouds were heavy and a cool breeze was blowing and thoughts of 'waste of time' came to mind. However, within 40 minutes the clouds thinned and it warmed up. Very quickly the first Dukes were up and about and became immediately very active. Soon a dark marked male settled nearby and with a slow steady approach the first picture was in the bag. Several males became involved in dog fights, as this species is well known for, with aerial battles going on for territory rights. Most of the butterflies were in pretty good condition, a few with small nicks out of their wings but some were extremely fresh. 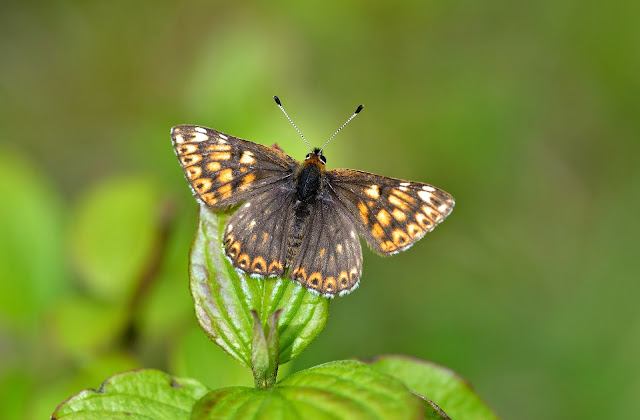 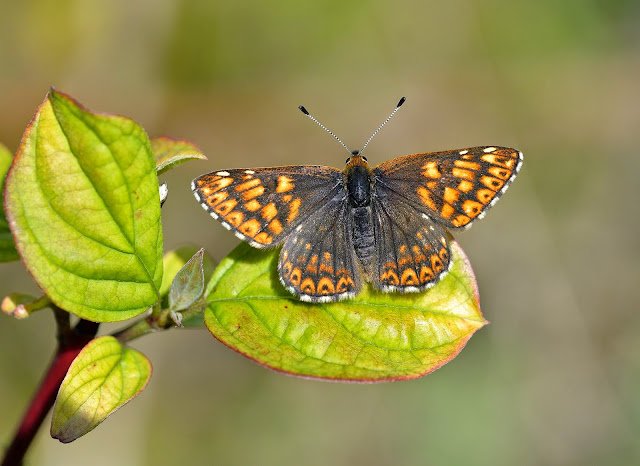 An Immaculate Male Duke of Burgundy.


After a while I noticed a fresh butterfly that appeared to be slightly unsteady in flight, so I thought it had probably just emerged. This one also appeared to be a female, showing a shorter and thicker abdomen. After a quick photo she flew off out of sight. Whilst I was moving around the bushes looking for other fresh individuals 2 butterflies flew past which didn't seem to be fighting. They both landed on the top of a small Hazel bush and it became obvious that it was a pair involved in courtship. The male flapped its wings several times before moving alongside the female. He then bent his abdomen around and quickly became attached to the female. They then stayed paired together for the next 20 minutes, moving just a couple of times from their original bush. As I then left them in peace they may have remained connected for a while longer. Whether this was the female I had seen shortly before I'm not too sure. The pictures do show quite clearly the differences with the male and female legs. Although, of course, all insects have 6 legs, the male Duke only uses 4 with its front 2 being tiny and tucked out of the way under its head. However, the female has full use of all 6 legs, perhaps she uses all of them for kicking the male out of the way!! 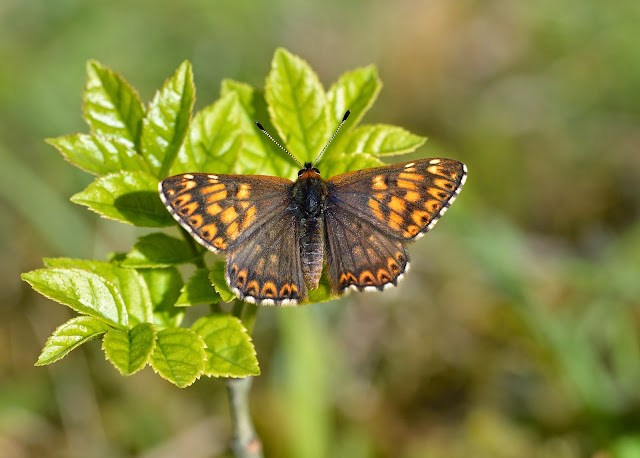 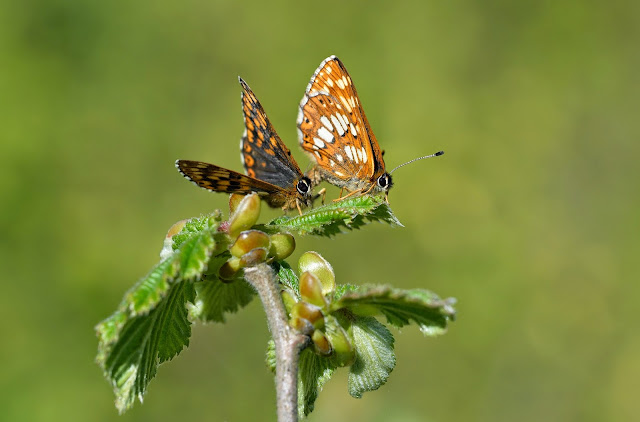 The Duke and the Duchess get together. 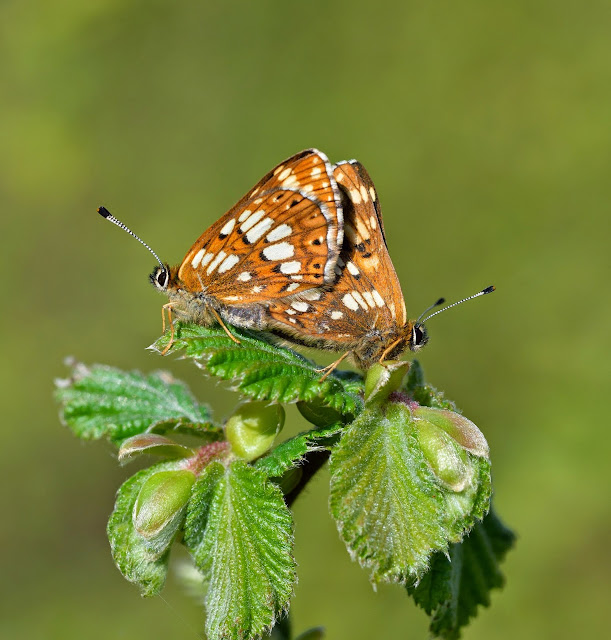 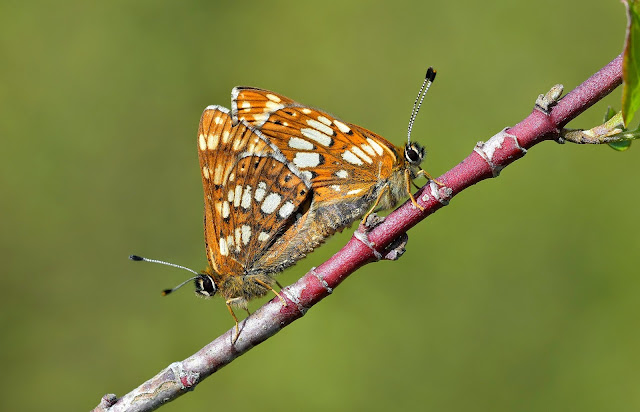 The female above with her 6 legs showing.

After this fabulous encounter it was then onto Surrey where around 10 Wood White were seen flying along the woodland rides. The best opportunity for a picture came when one landed on a fern leaf. Although this was far from my best Wood White picture it was still nice to get one posing quite well. A superb view of a Nightingale was an extra bonus for the day and as we returned to the car for a welcome cuppa another Wood White was flying around the car-park. 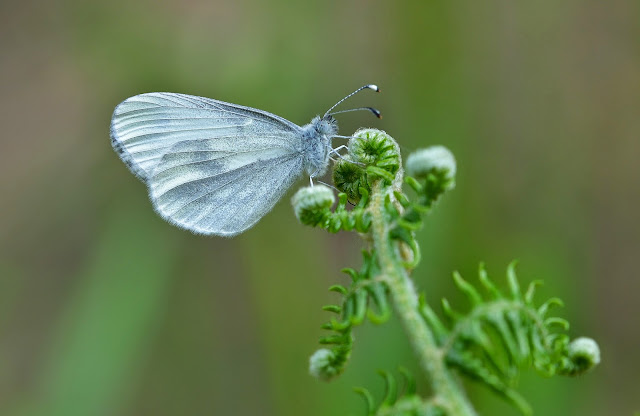