It was one of those days when nearly everything seemed to go right. A Large Red Damselfly was seen just after leaving the car. I then started to look for Wall Brown pupa for a while. This is the one thing that went wrong as I didn't find any pupa, however, I did find a cluster of Emperor Moth eggs. I then found a newly emerged Blue-tailed Damselfly, my first of the year. 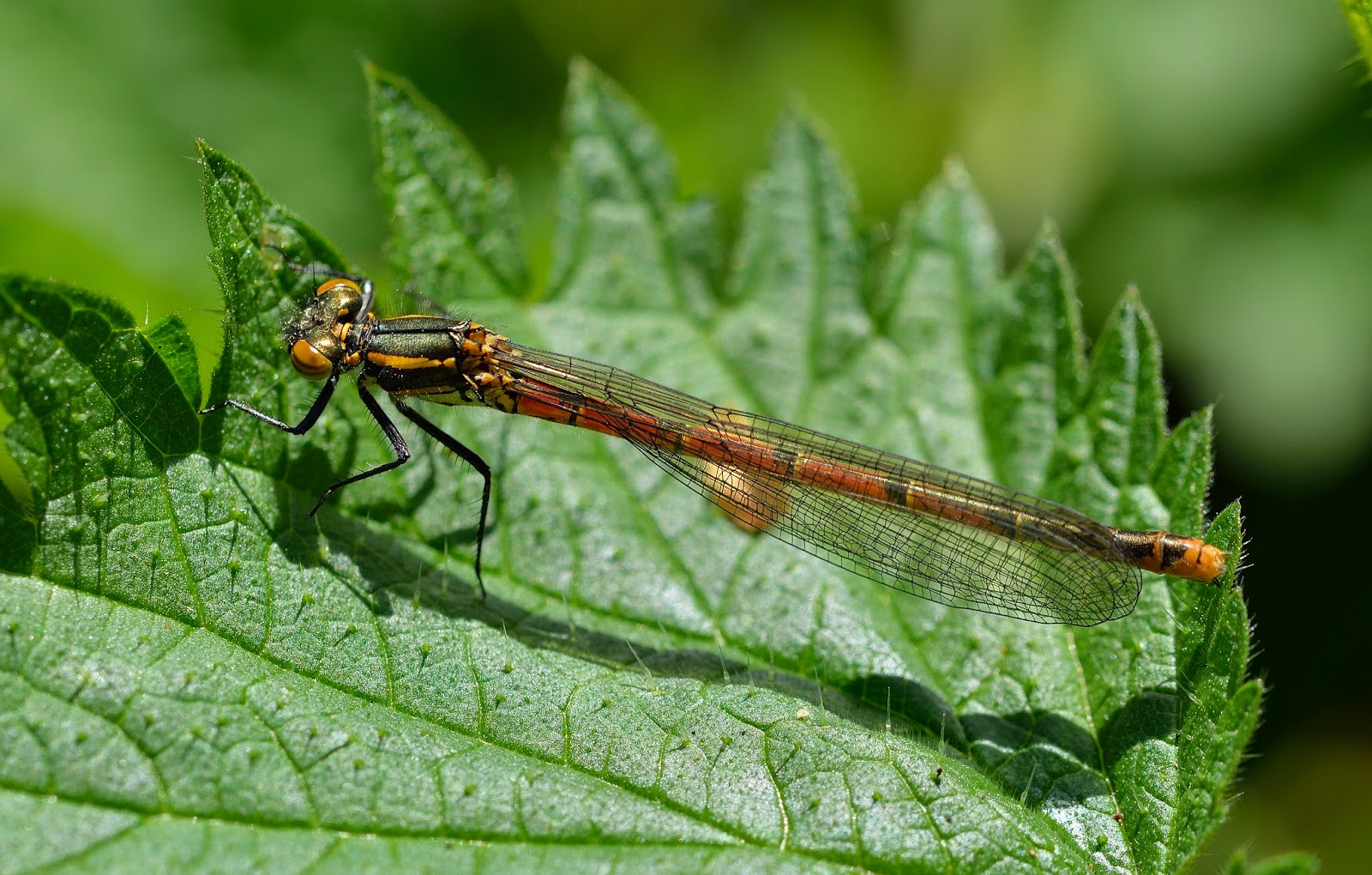 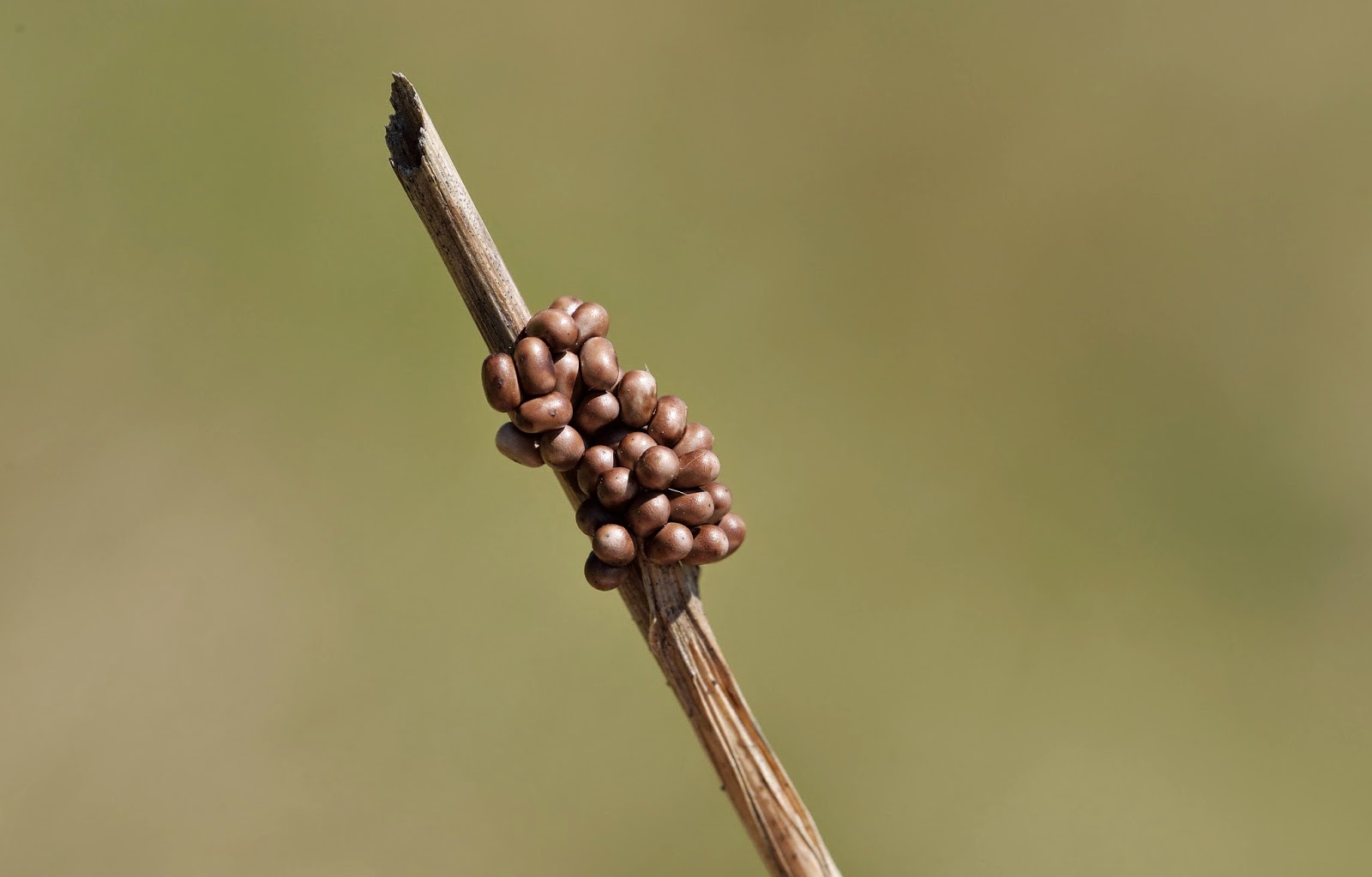 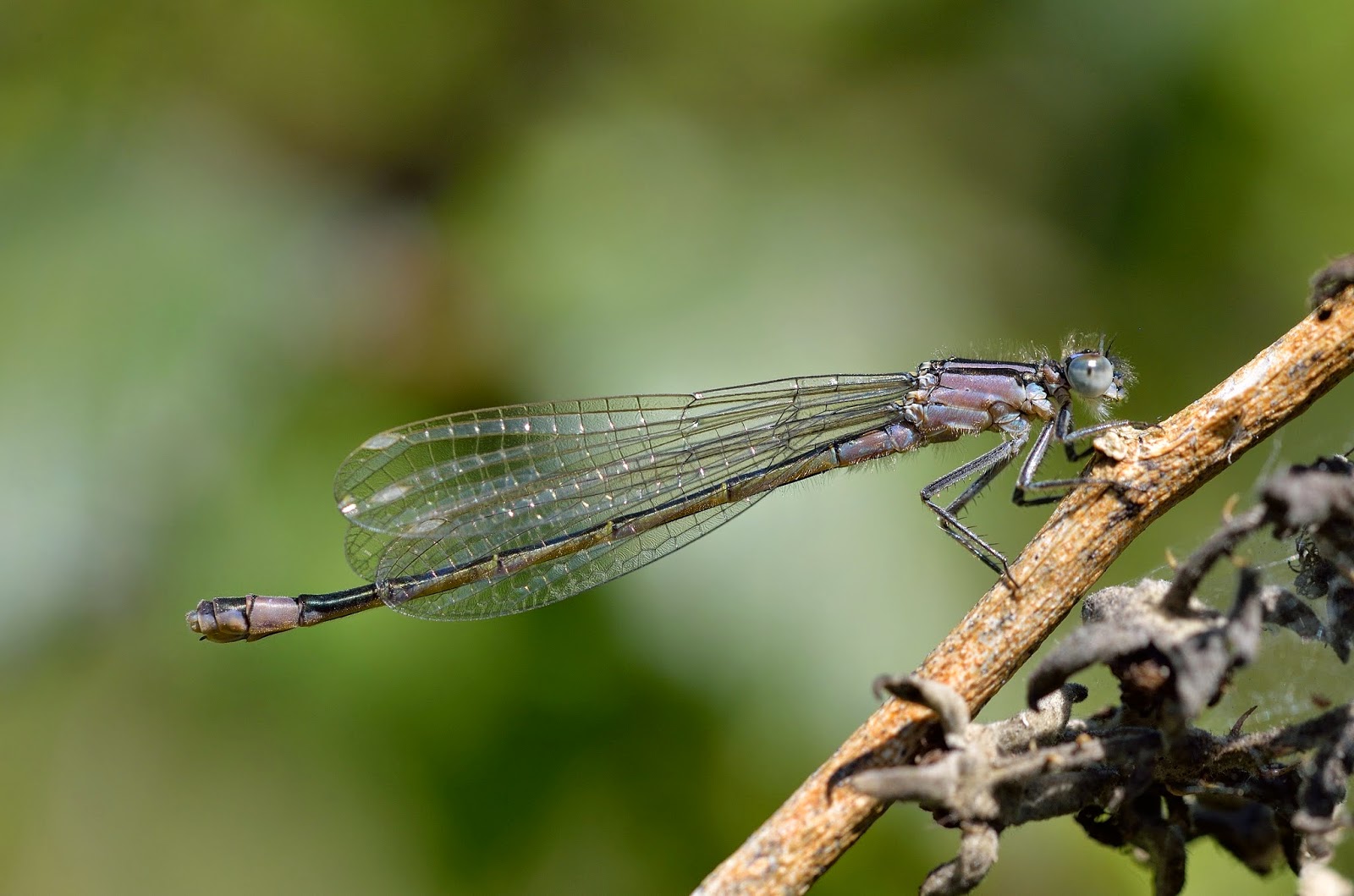 A short while later I found my first Grizzled Skipper of the year although it took a while to get a clear view of it. Following this a further 3 were seen. One even posed nicely for me. 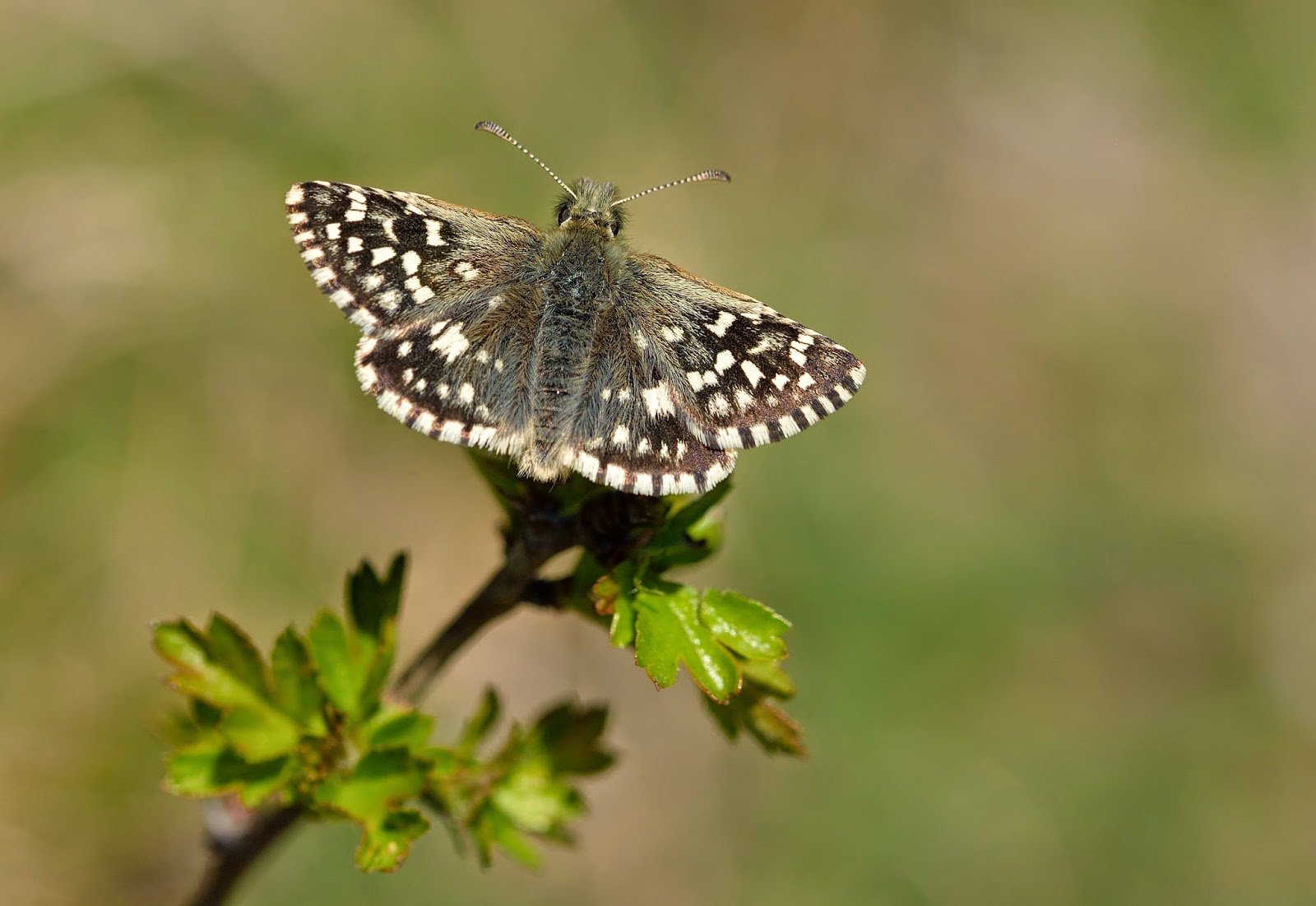 Later in the day I went back to see if I could find them roosting. On heading to the area a butterfly took off near me and I assumed it was a Small Tortoiseshell. However, I realised the flight pattern was wrong and as I watched it I saw that it was my first Wall Brown of the year.
I struggled to see any Grizzled Skippers but as I was looking around a Dingy Skipper flew past, another first for the year. I thought I had lost it until I found it roosting on an old rose dead-head. Although it was in the roosting position it then opened its wings fully when the sun came back from behind a bush. 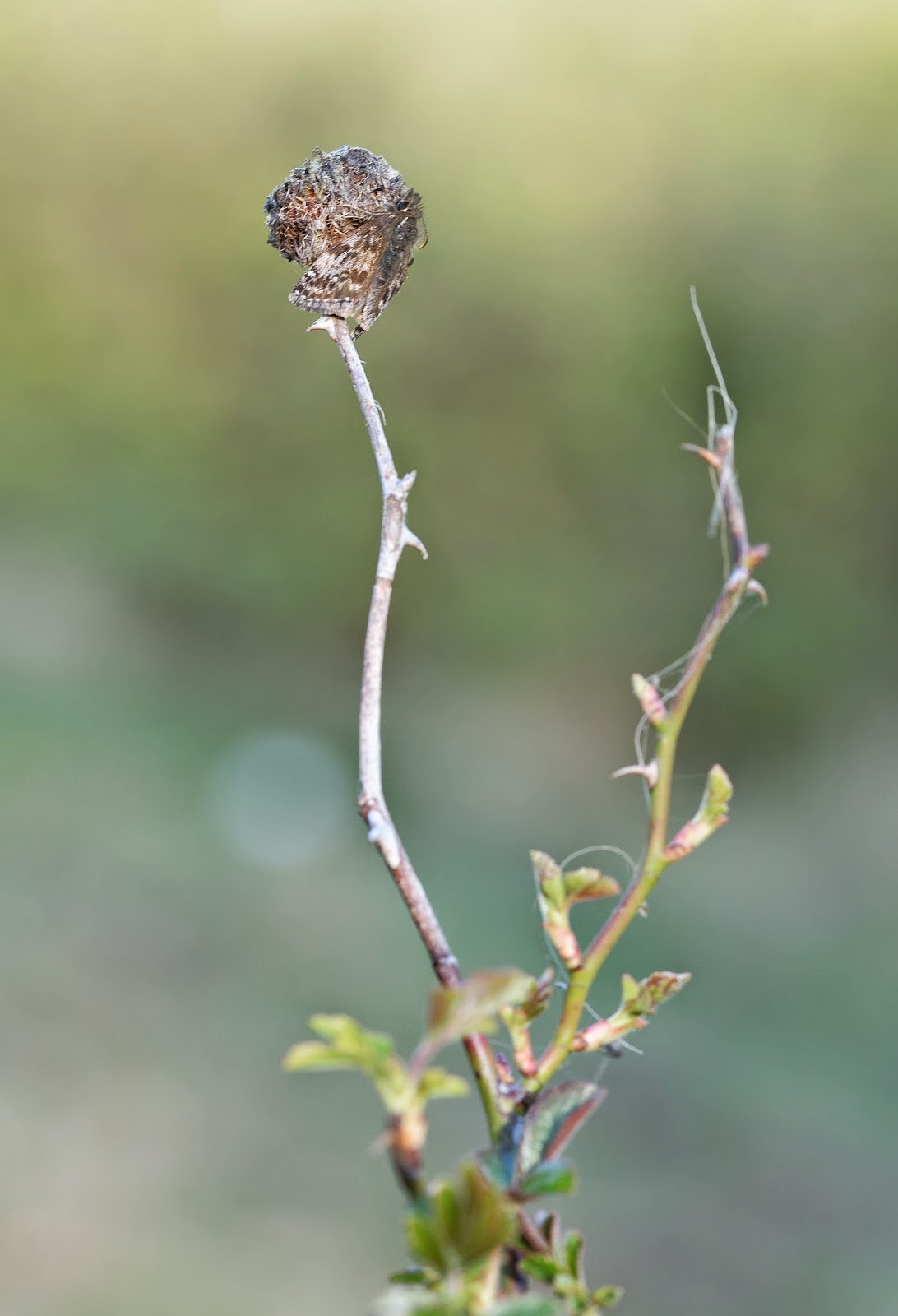 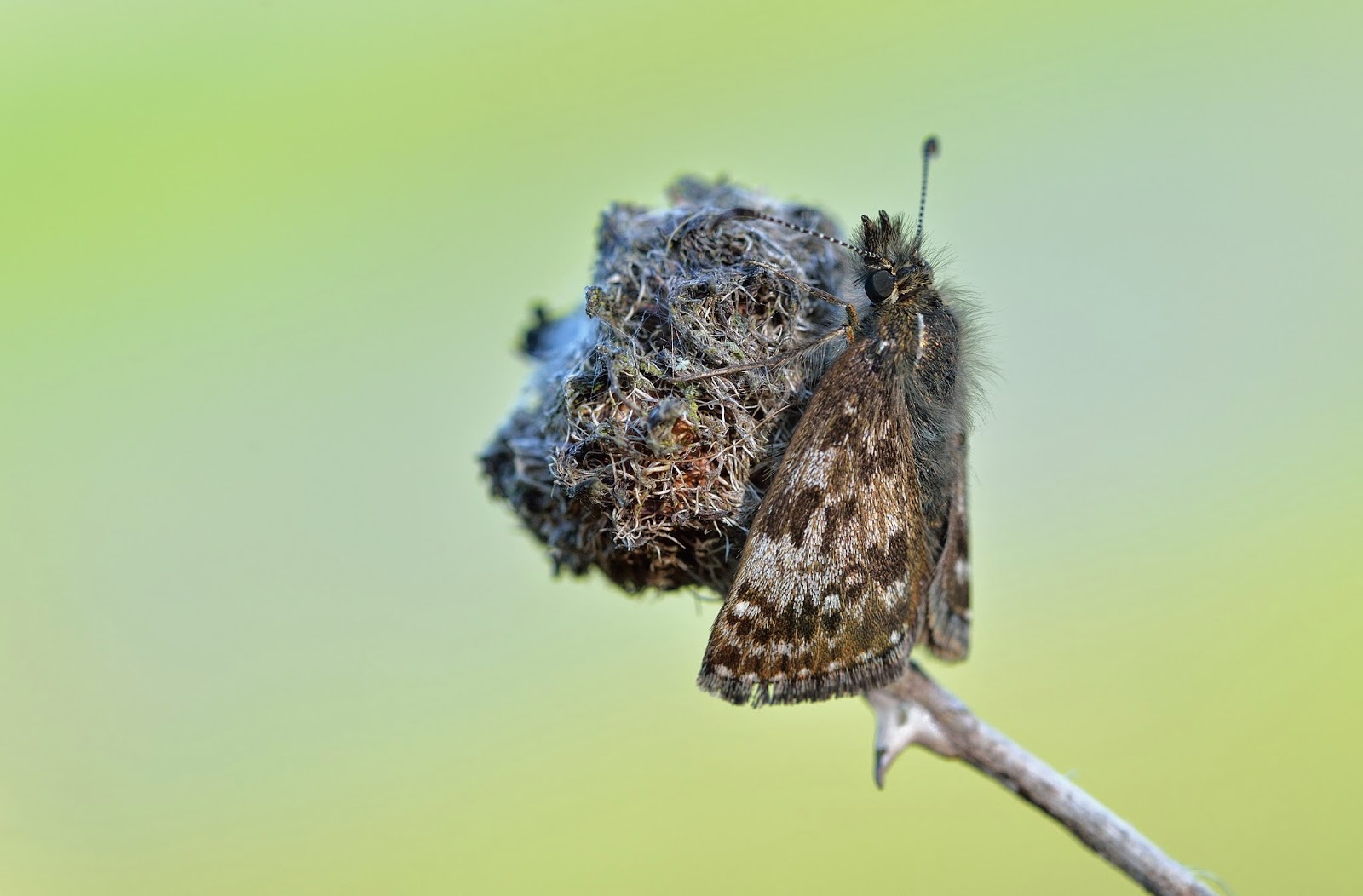 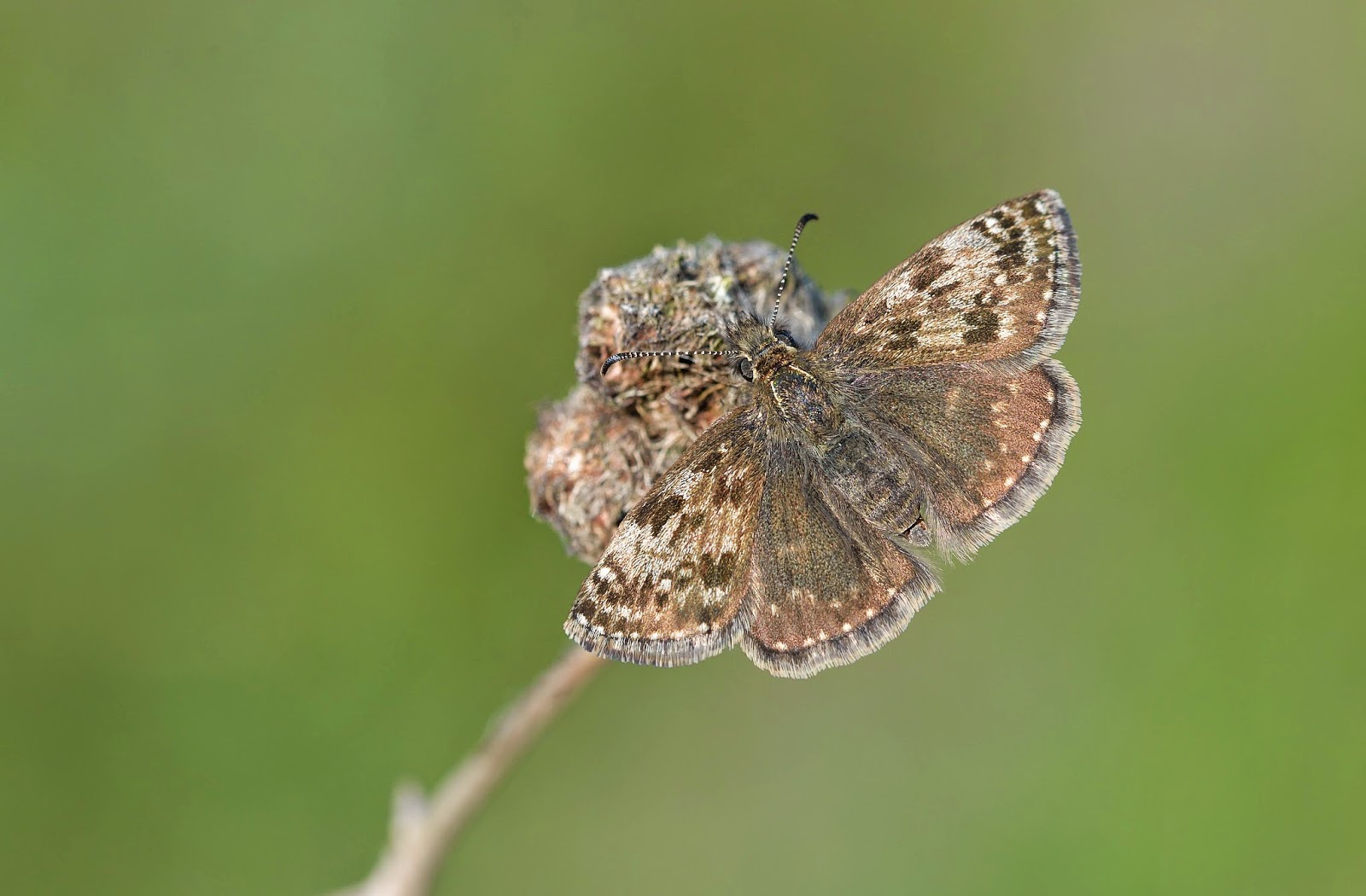 Posted by Bob Eade. at 22:03
Email ThisBlogThis!Share to TwitterShare to FacebookShare to Pinterest