I was out quite early today, with the temperature being only 7 degrees I wasn't expecting to see too much, however, as soon as I was in the main Wall Brown area there were 2 having a territory battle. A few other Wall also seen but it did take a little longer before other species started moving. Dingy Skipper, Grizzled Skipper, Orange-tip and Green Veined White were also seen. I soon had to return home but a longer afternoon session then produced the goods. With the sun now shining and quite light winds I headed to the other end of my patch  and I soon found lots more Wall Brown including 2 that posed nicely, 1 of which was a very fresh female. 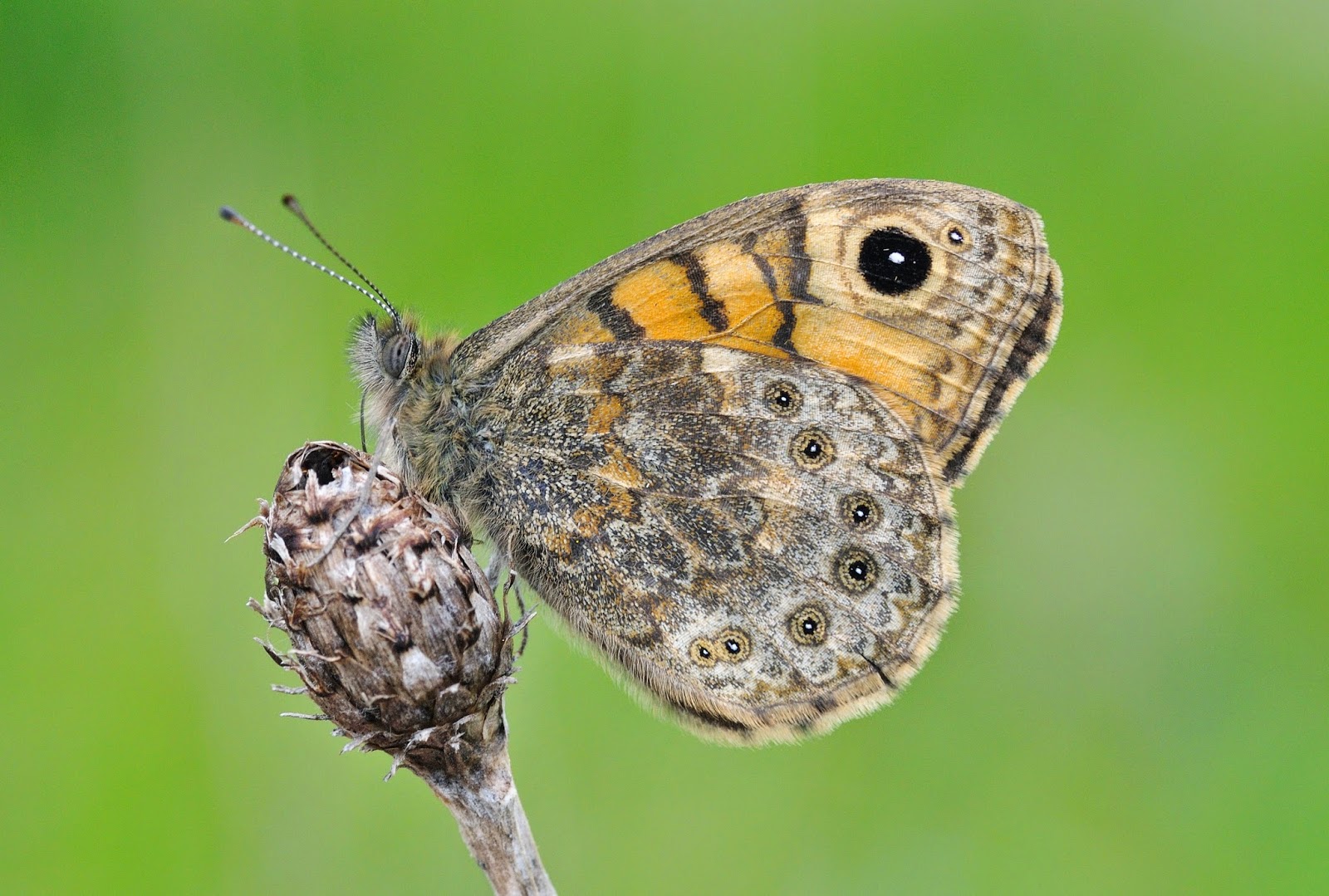 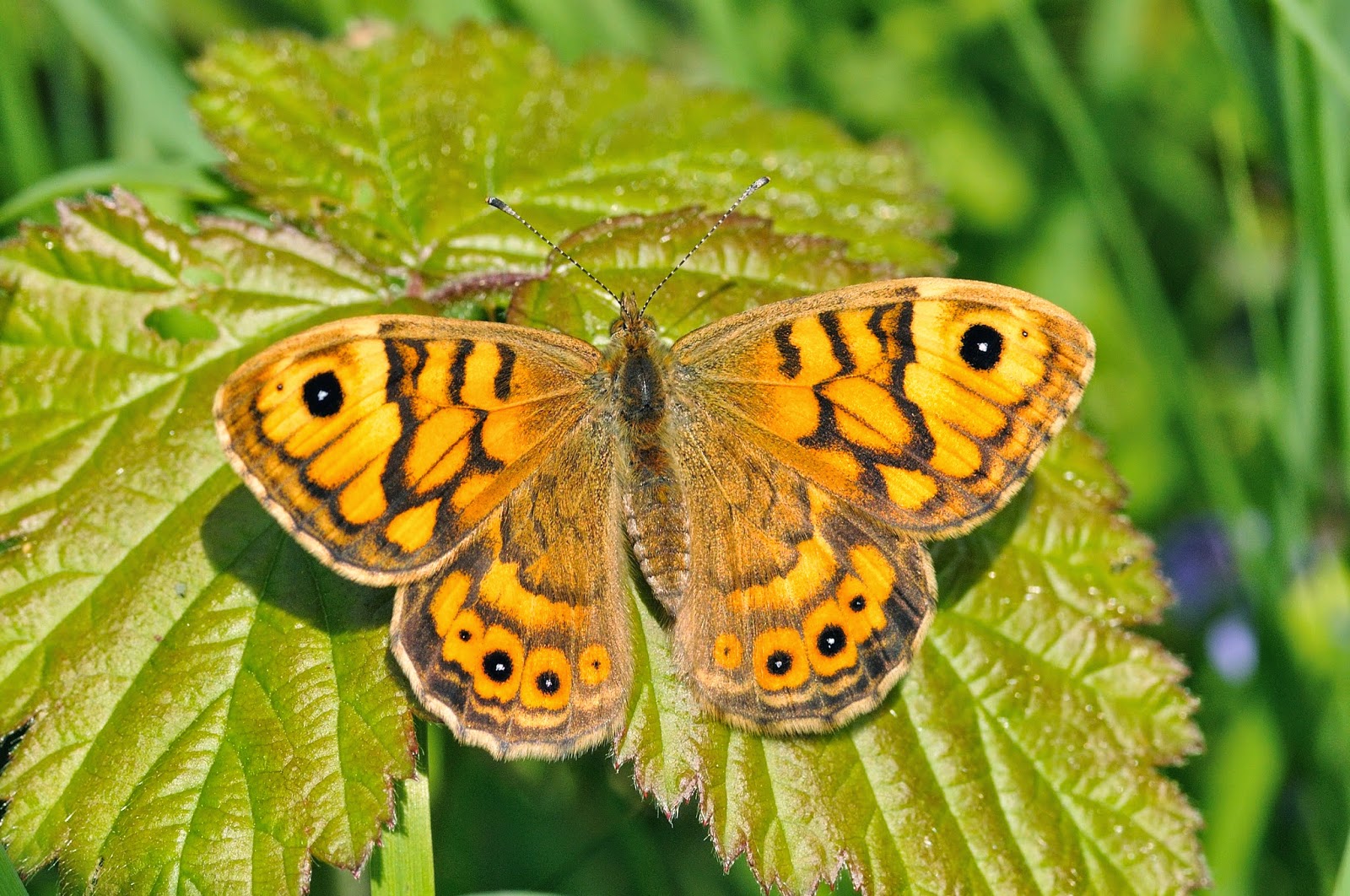 Following this I found a newly emerged Brown Argus, my first of the year. I only managed a quick couple of shots before I lost him. 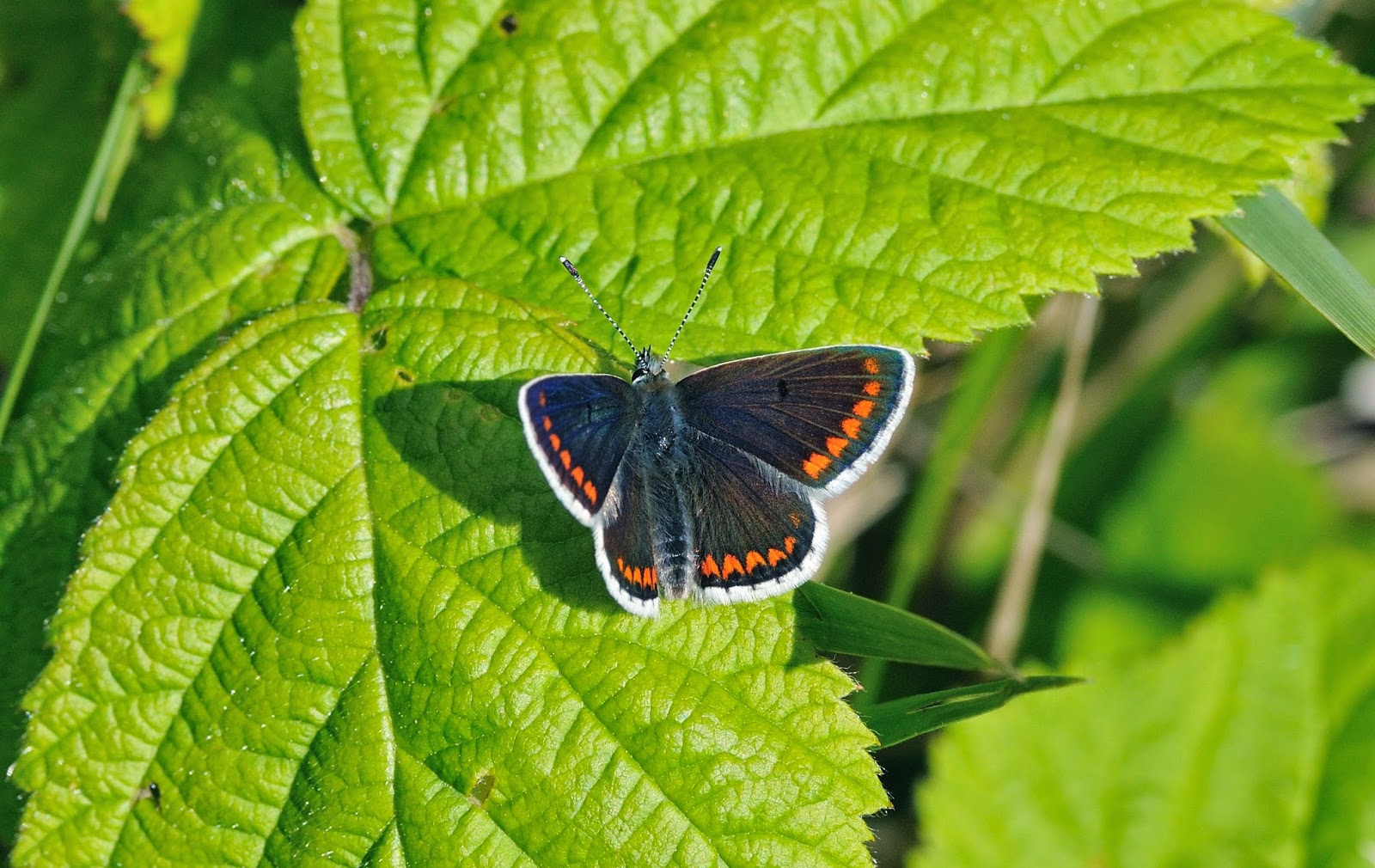 Just before leaving the site a near fully grown Oak Eggar larva appeared, followed by a Dingy Skipper that had gone to roost on a seed head. 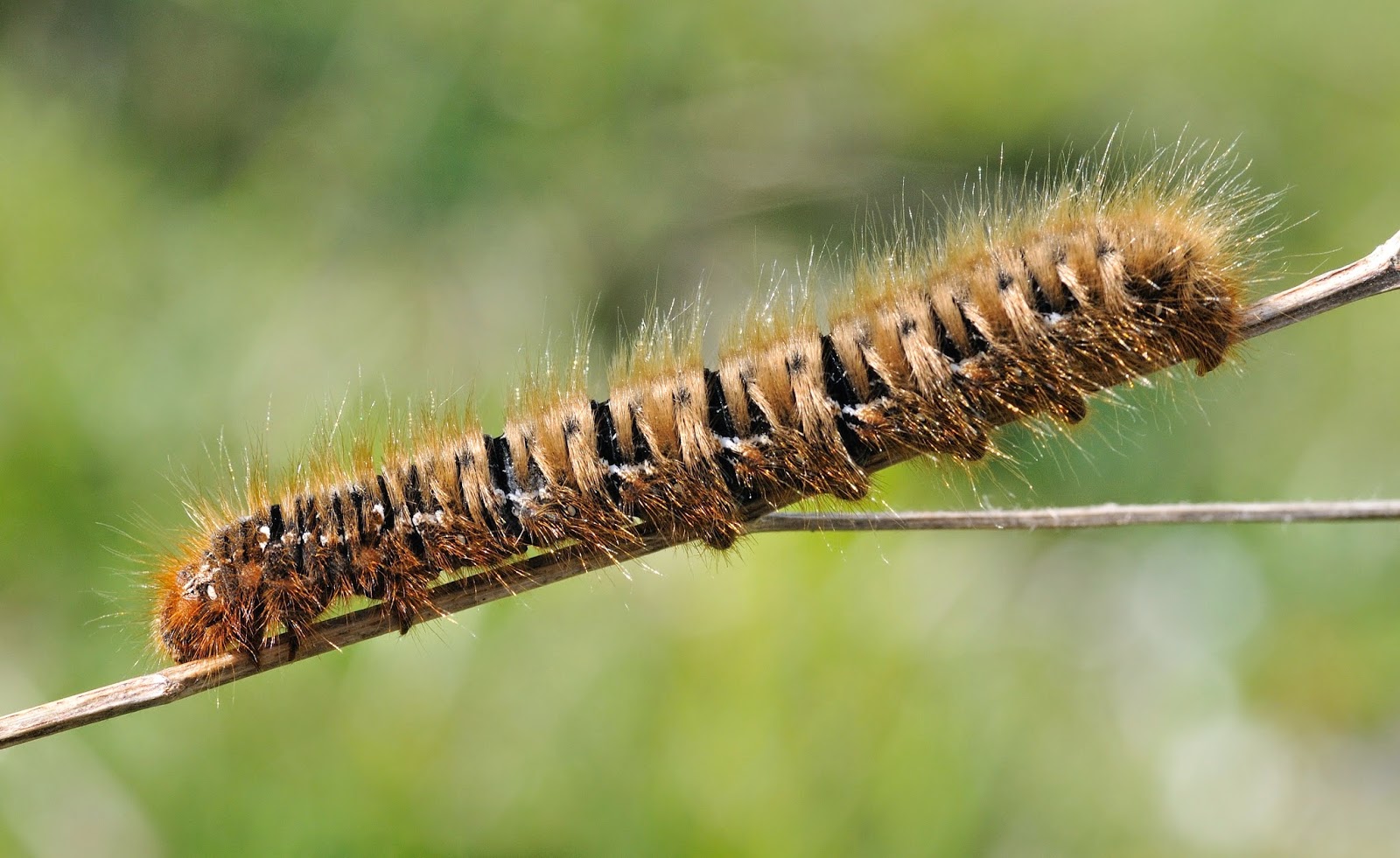 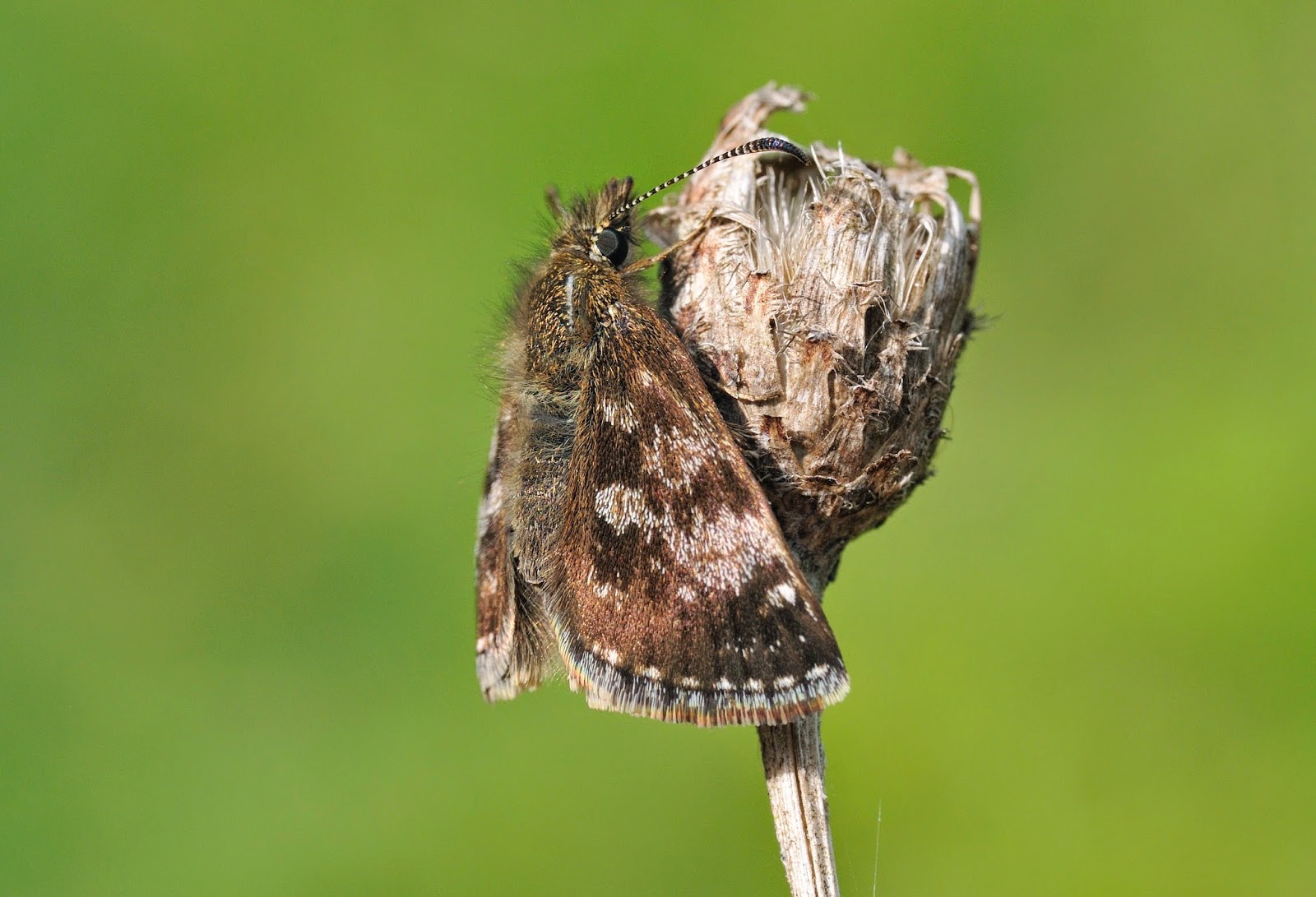 Roosting Dingy Skipper.
Posted by Bob Eade. at 19:40
Email ThisBlogThis!Share to TwitterShare to FacebookShare to Pinterest