In 2009 I managed to find several colonies of White Letter Hairstreak butterflies along the Cuckmere valley. The following year I succeeded in photographing them as there was a superb elm tree next to a bramble bush which the butterflies were coming down to nectar on. Since this time the dreaded Dutch Elm Disease has returned with a vengeance in this area and 100s of trees have been felled, including the one next to the bramble bush!! As the only food plant for this hairstreak is elm this has been very bad news. Although in 2013 there were still several colonies there the areas where they are has diminished. It is also much harder to find areas where they come down to nectar as most of the time they stay near the top of the remaining elms feeding on honeydew left by aphids. All is not lost however as the adults do sometimes lay their eggs on the elm suckers that do appear when the old trees are felled, although many of these suckers show signs of the disease.
I have put together a small selection of photographs I have managed to get over the last few years of this very elusive species in the hope that they may still be seen for many years to come.
female from July 2010 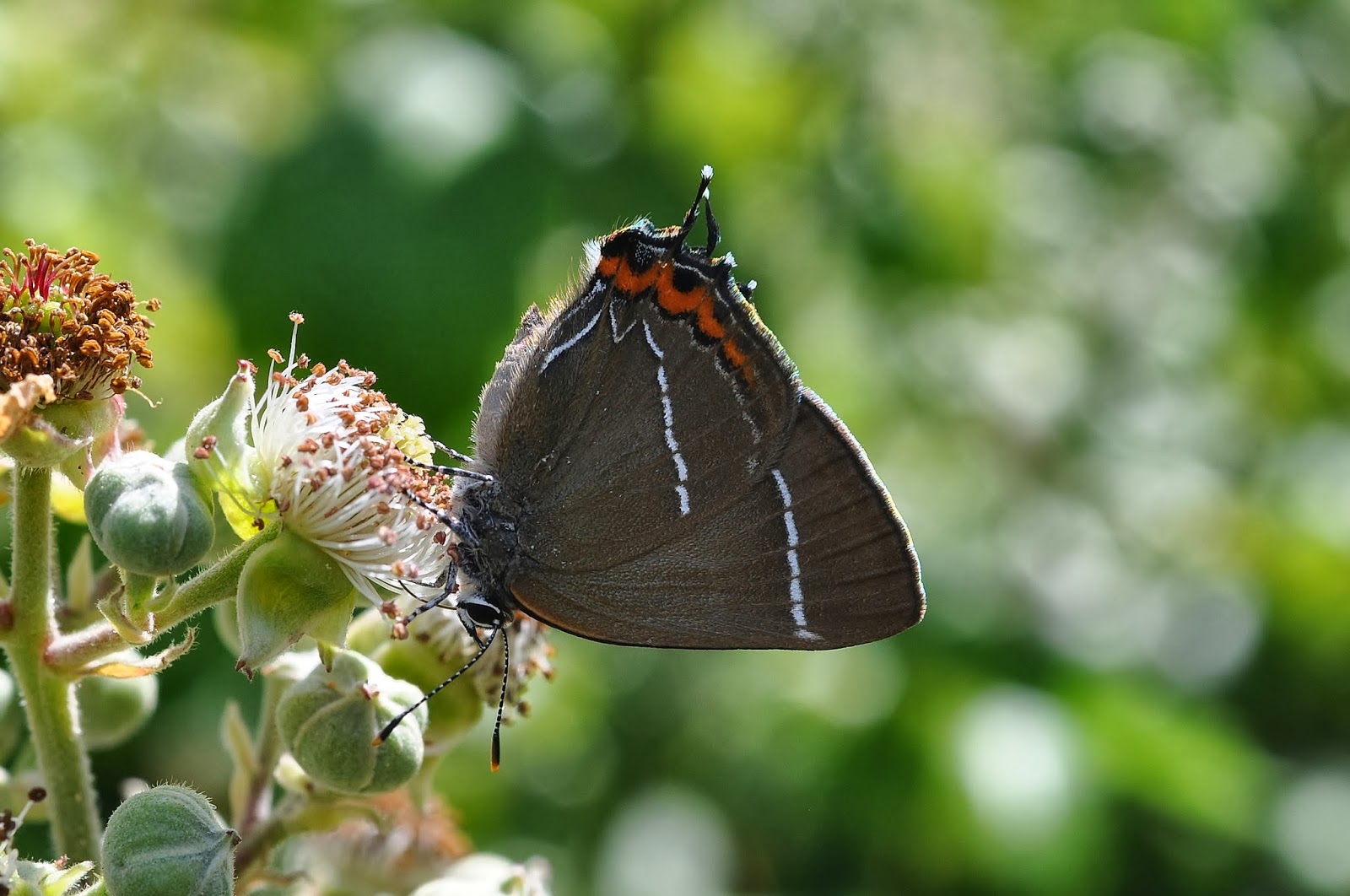 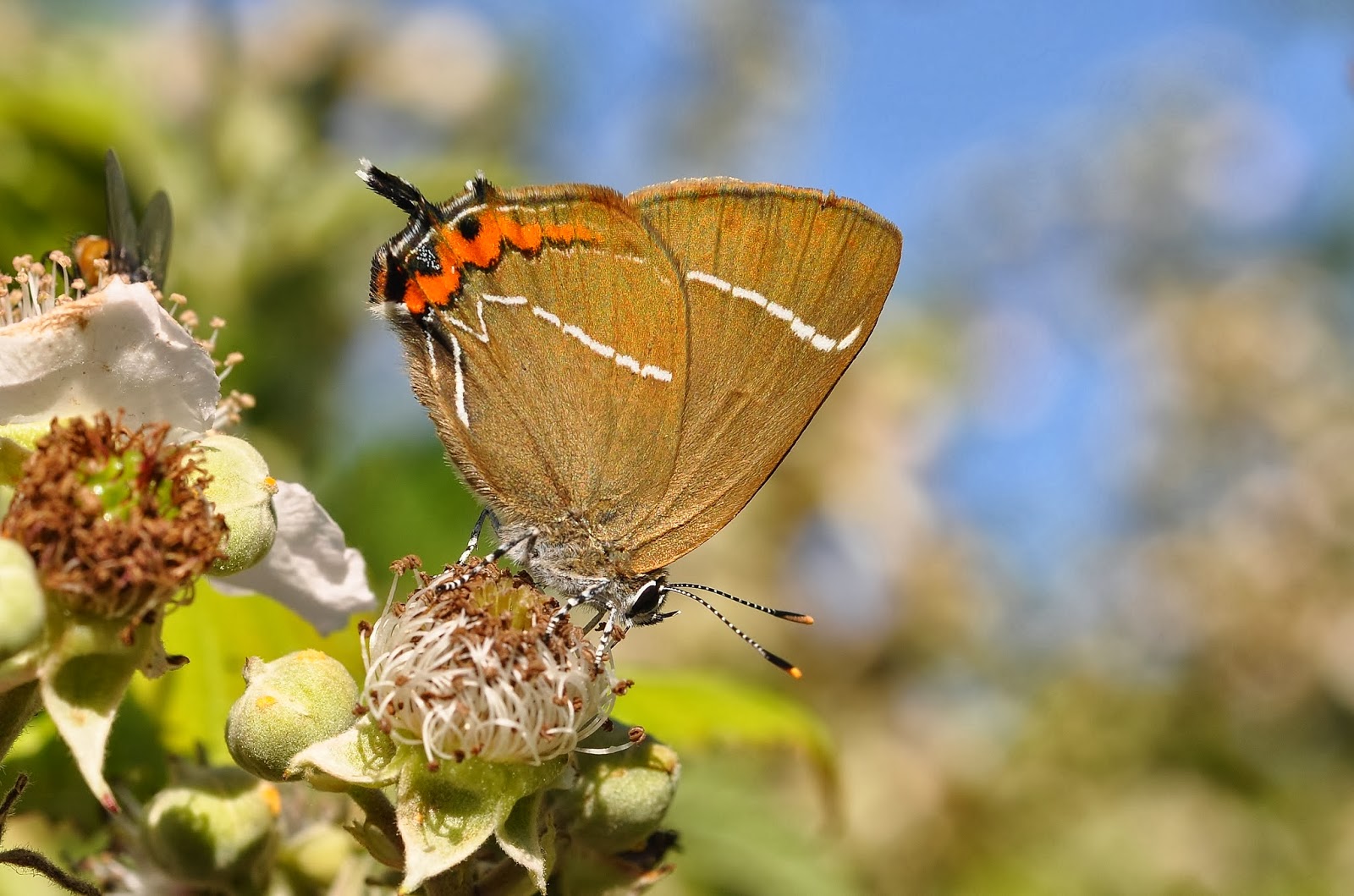 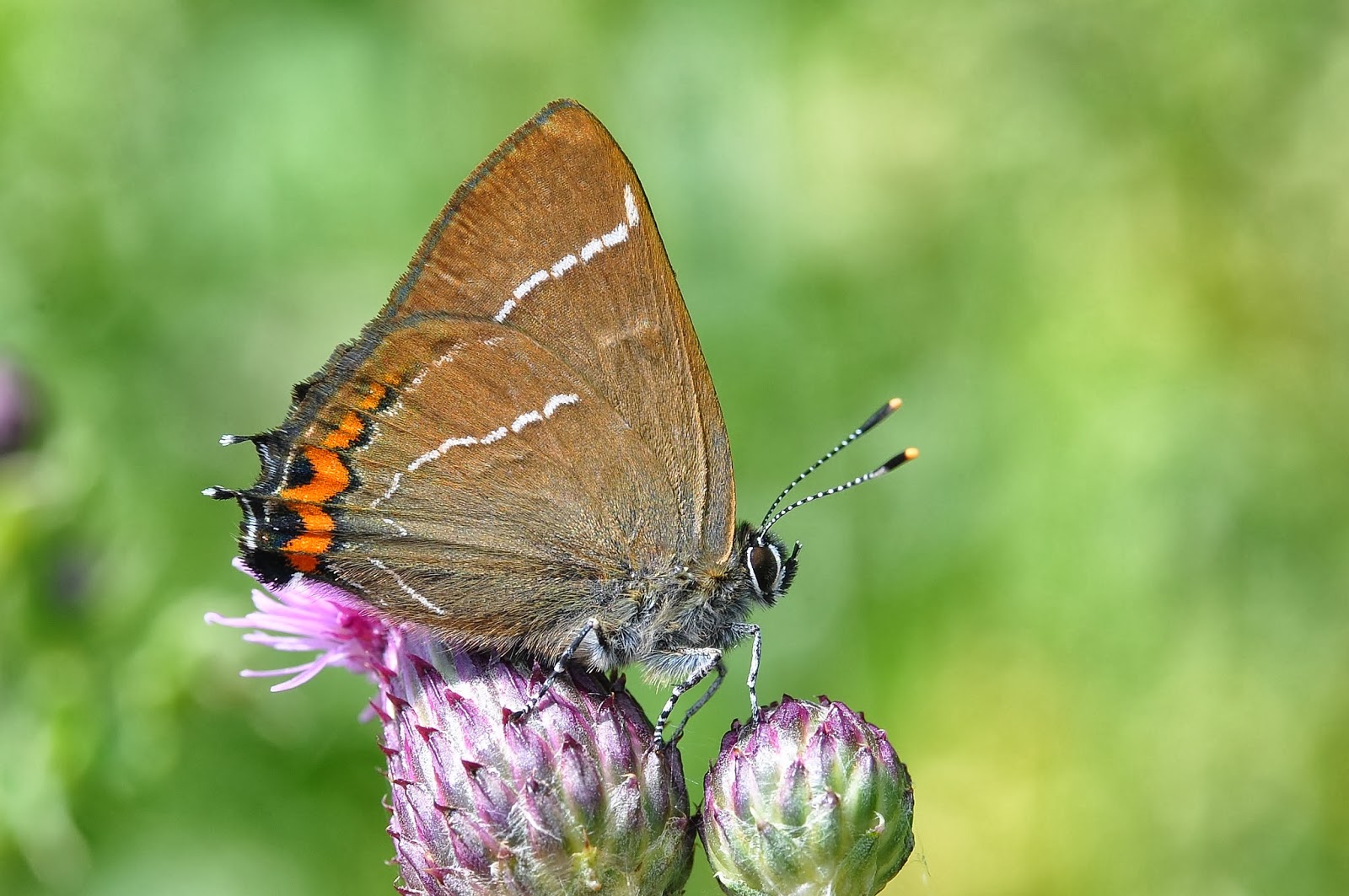 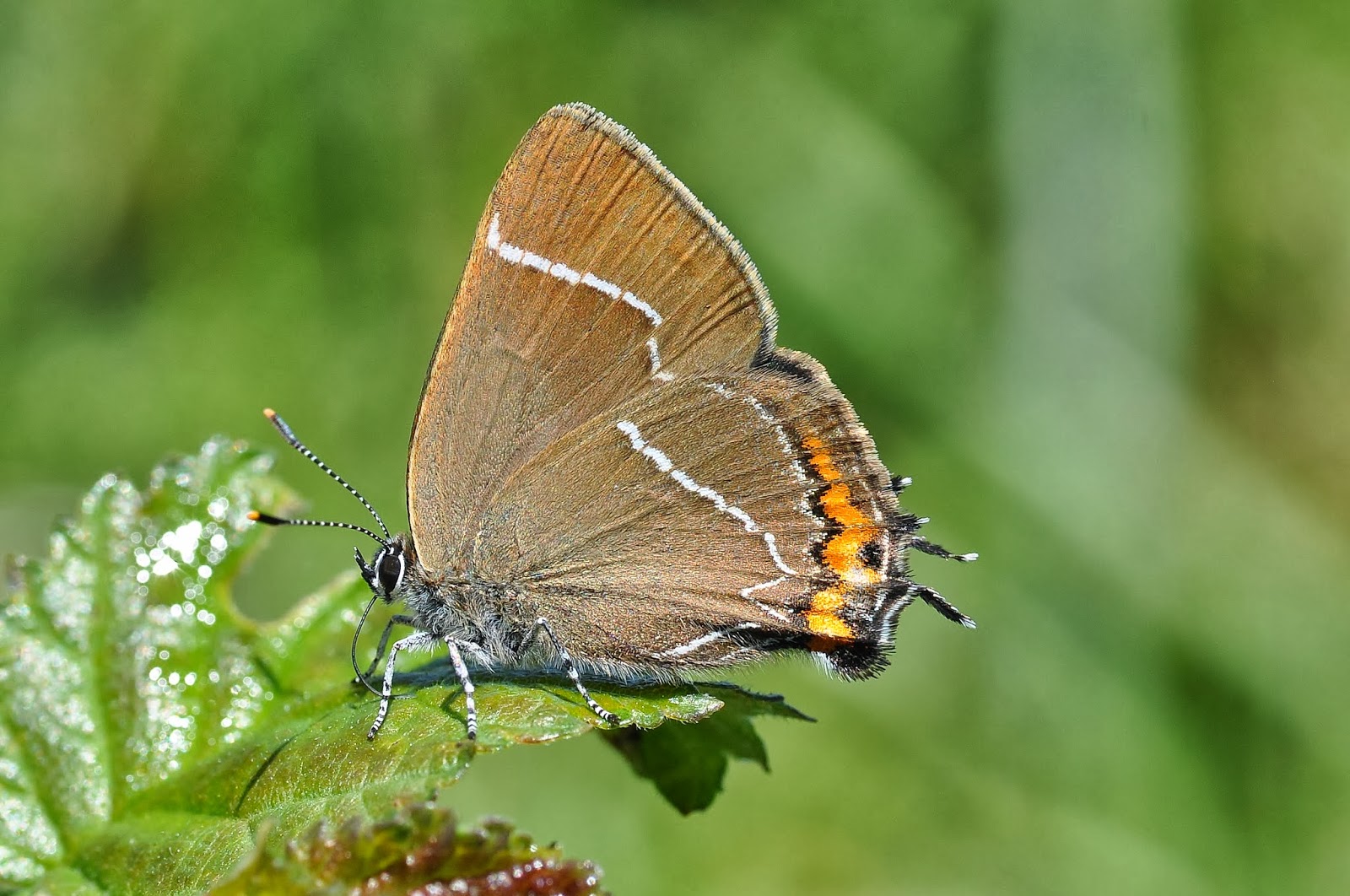 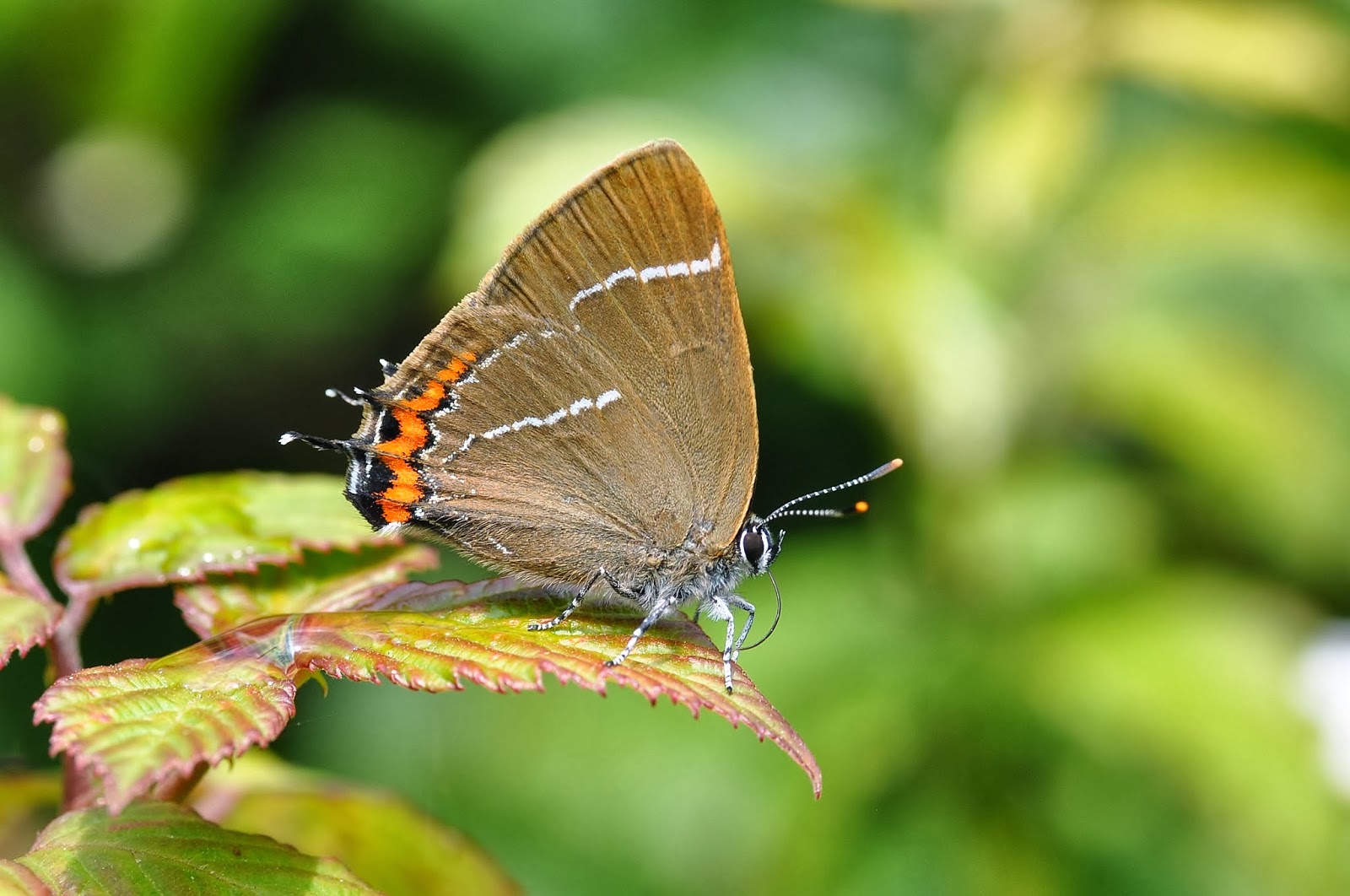 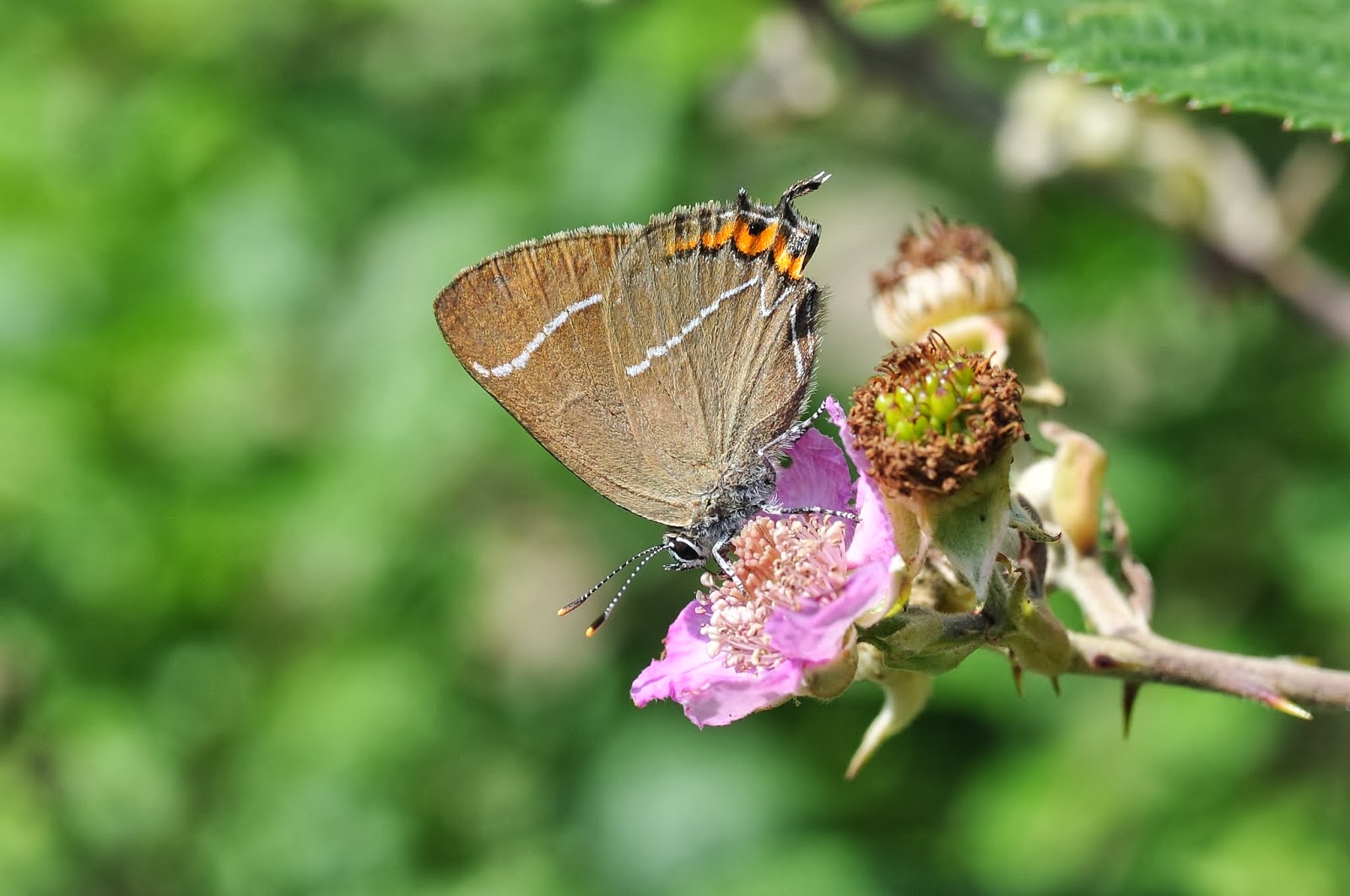 ﻿
Posted by Bob Eade. at 19:04
Email ThisBlogThis!Share to TwitterShare to FacebookShare to Pinterest