For the last 3 days I've had brief visits in the garden from a Hummingbird Hawk Moth. Mostly in the early evening when the light has started to go. Today though, it appeared around lunchtime and stayed just long enough to get a few grab shots of it. Before today I had planned to mention the moth and put a couple of shots I had prepared earlier (August 2009). I am still showing these as well as one shot from today. The moth today was being blown about quite a bit in the stiff breeze and the lack of sunshine also didn't help at all. This year has until now been quite poor for this migrant moth from the Mediterranean area but maybe numbers will now start to pick up as offspring from any early moths may now be on the wing.
August 2009 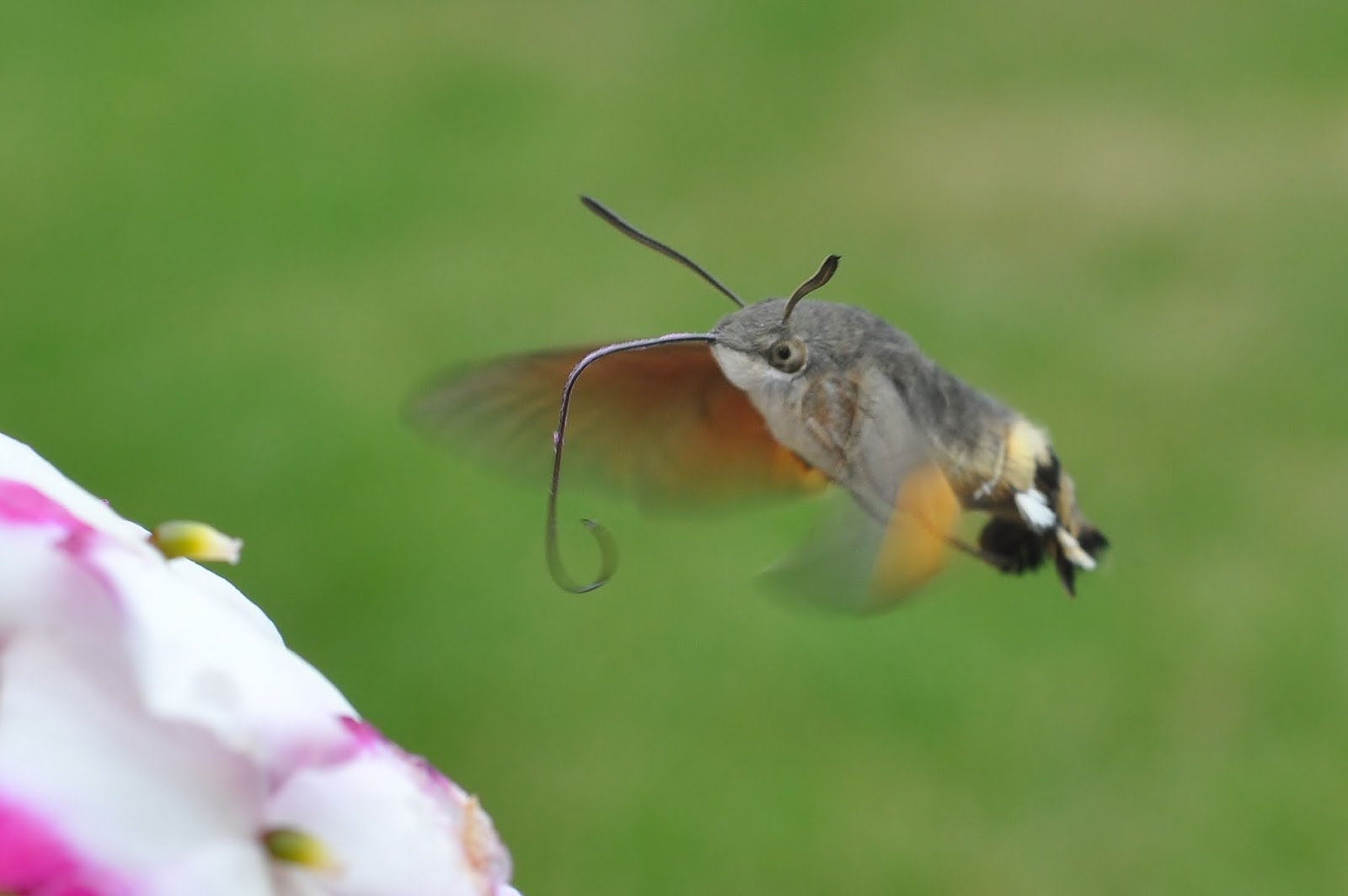 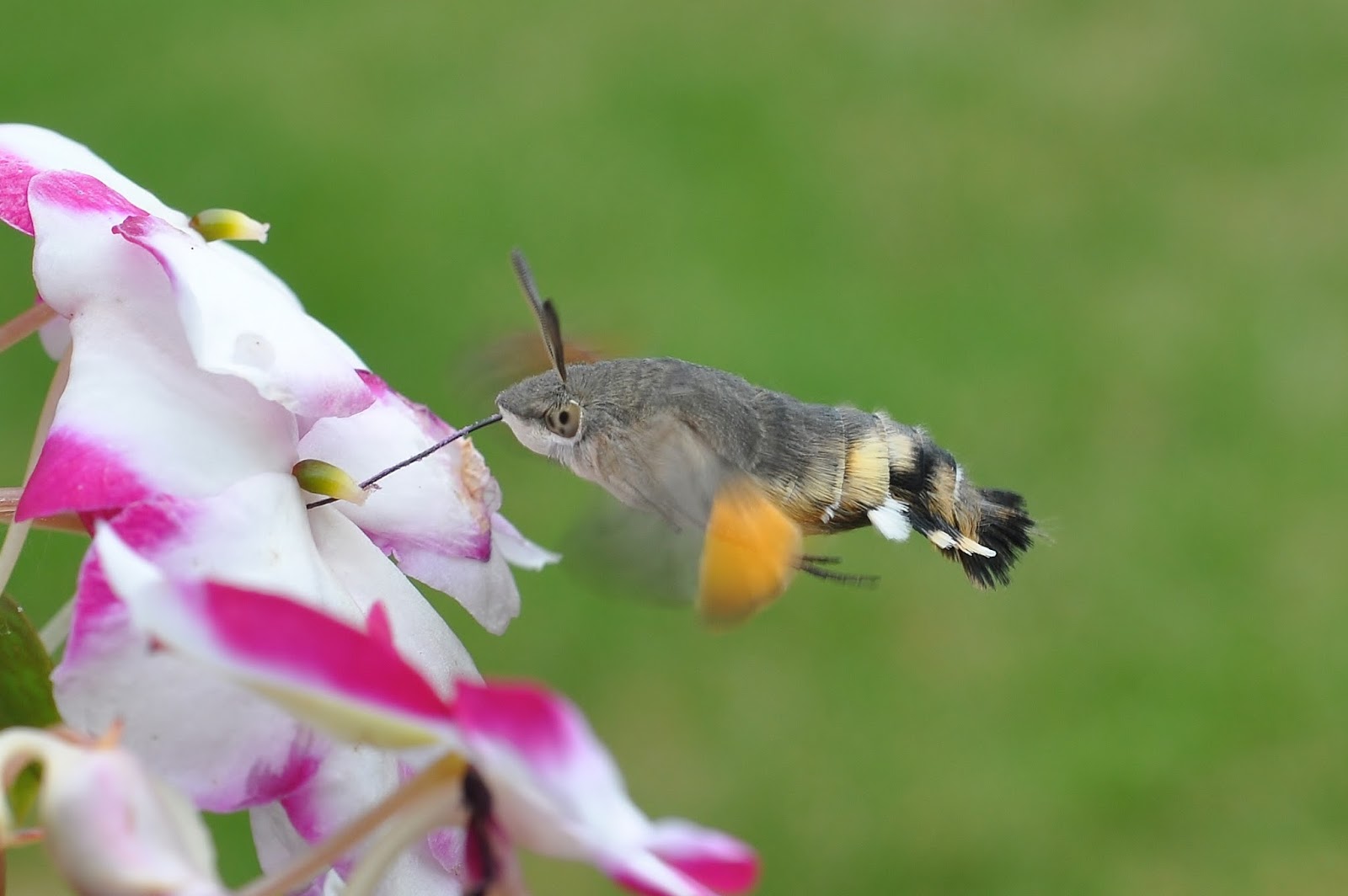 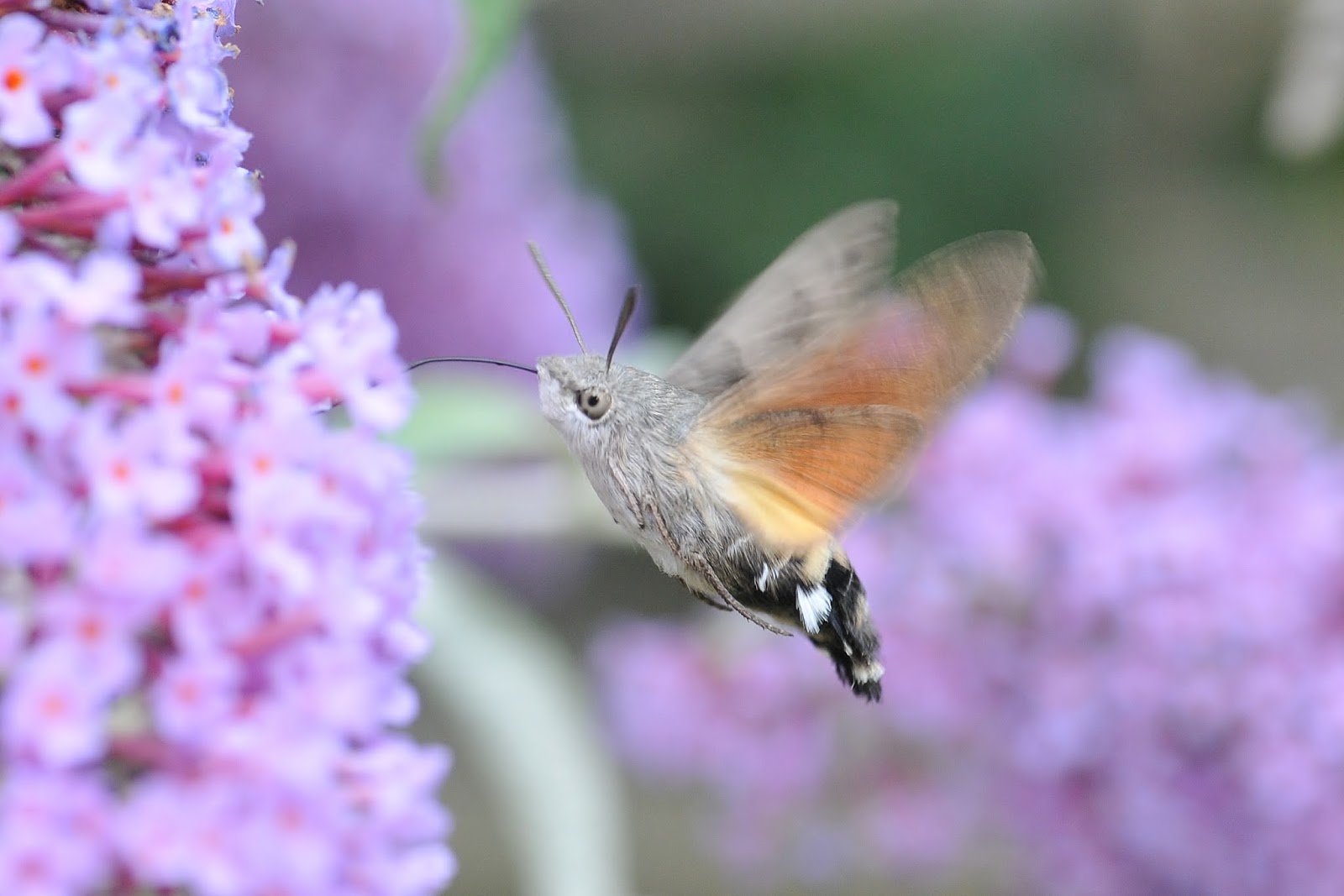