A final trip to West Sussex yesterday before the weather broke hoping for more Brown Hairstreaks. Possibly four were seen but only one was not camera shy. With temperatures approaching 30 degrees it was probably too hot even for the butterflies as after a look around for egg laying areas she settled in the shade and stayed there for some time. Unfortunately she was showing her age with a small bit of wing damage as well a faded appearance. It was still good though to watch her behaviour as she walked along the blackthorn twigs hunting out places to lay her eggs.
First she settled on the twig. 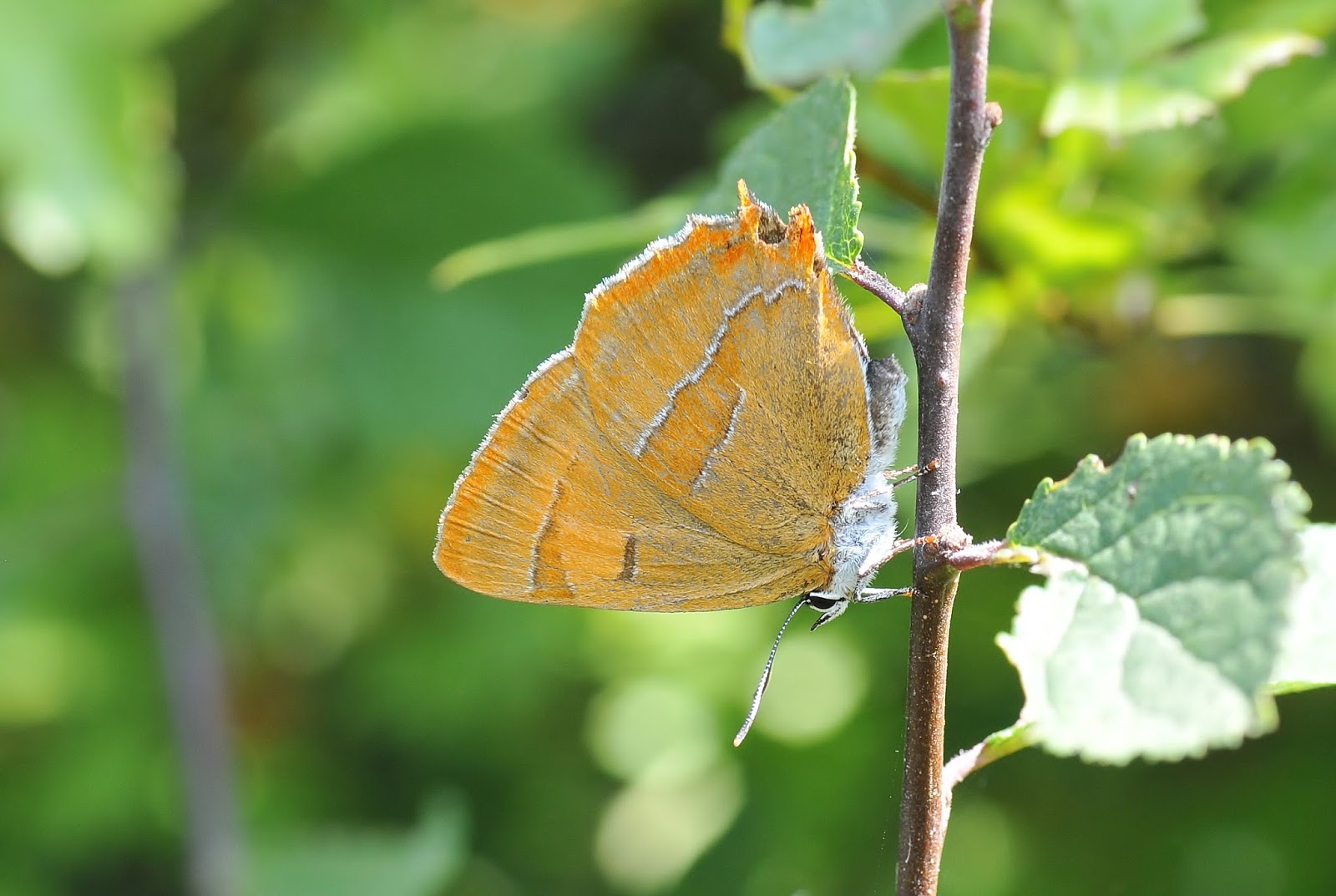 Then she walked along the twig hunting out the best places to lay. 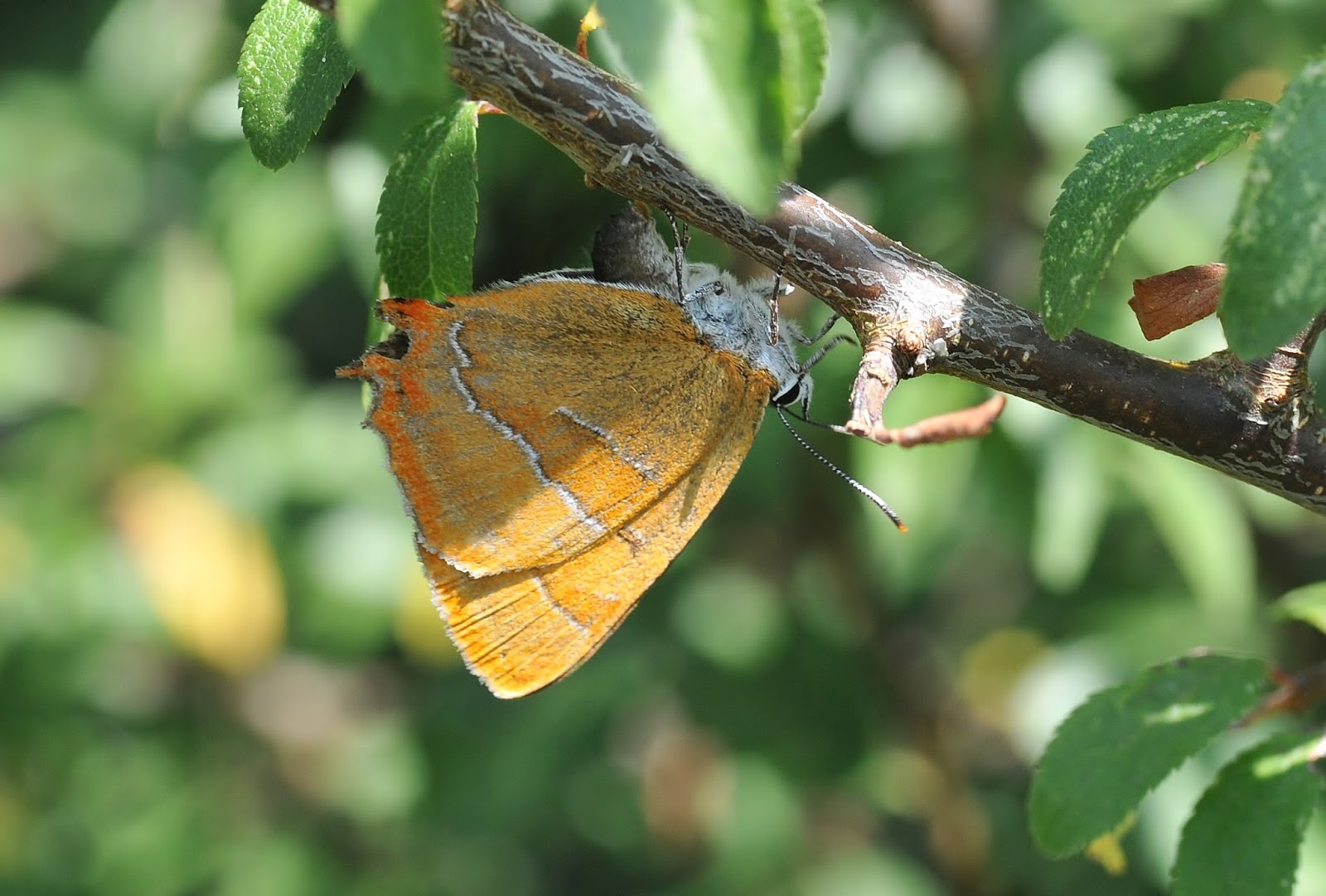 In the evening I put the moth trap out again as the weather was going to hold until about 10 am on Friday. Nothing rare caught but I did get my first Centre-barred Sallow as well as another Gold Spot which has been one of my favourite moths.
Centre-barred Sallow. 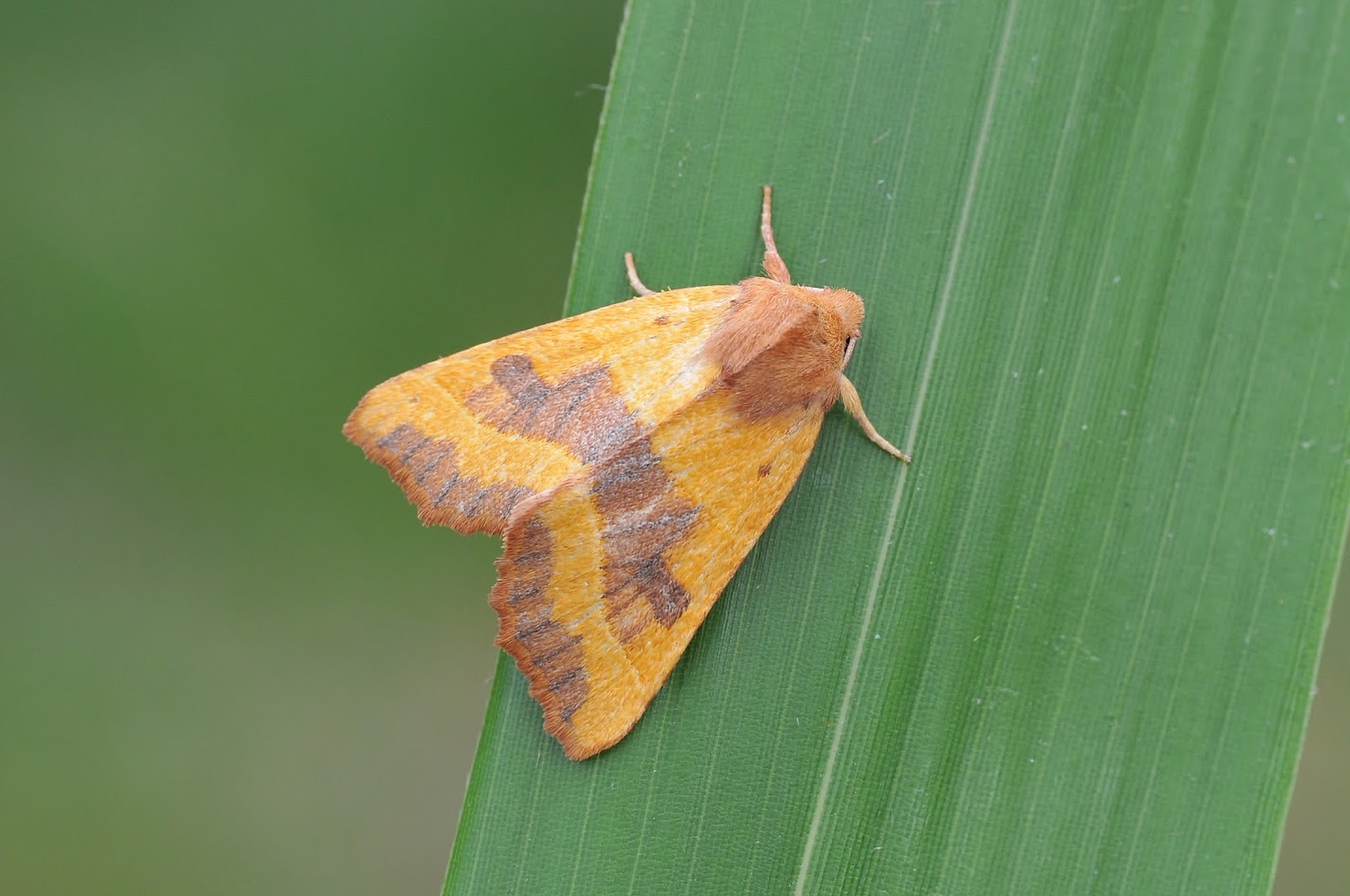