During our stay in the Italian Dolomites we were so lucky with the weather. Apart from a few showers overnight the only rain we had was on the first full day. Although to be honest it wasn't actually rain, but massive hailstones. We had moved below the hotel to the valley below and we hadn't been out of the vans very long before the first deluge. Fortunately we were near the vans, which was just as well as I haven't seen a hailstorm as big as this one. The road very quickly became more like rivers. With that we decided to try our luck higher up in the mountains as these storms can be very localised. We had to wait for the storm to ease off first as it was impossible to see in front of the vans as the hail came down, but eventually we got going again. At the next stop the roads were dry which was a good sign. Here we spotted more Fritillaries and Ringlet species. After an hour or so we then saw more heavy clouds moving in so we walked back towards the vans and just as we were getting these the hail came again. We went into a local bar for beers or coffee for us drivers!! The hail then fell possibly even heavier than earlier. So much so that the barman had to go to the doorway to take some photographs.

After that day the weather became dry and sunny and with that came lots of butterflies. Of course, as I was co-leading the group I was not able to spend much time with the photos as my job was to find things for the clients. I did however manage to get some photos of subjects once everyone else had finished and occasionally found a few things when the clients were otherwise engaged. It was a terrific group and everyone got on really well during the week. Most of the species we were seeing are not found in the UK but a few good ones were including several White-letter Hairstreak and lots of Silver-studded Blues. The most confusing family were the Ringlets with 10 species seen. I now know much more than I did at the start of the trip on these tricky butterflies. 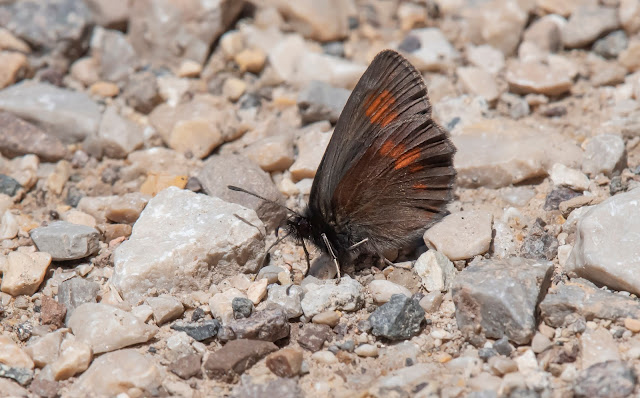 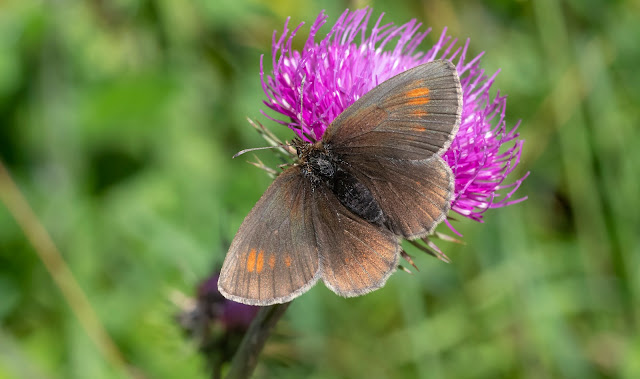 Blind Ringlet. (No eyelets on the wings). 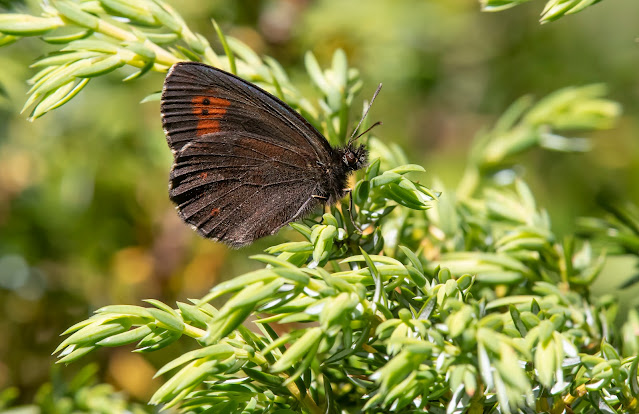 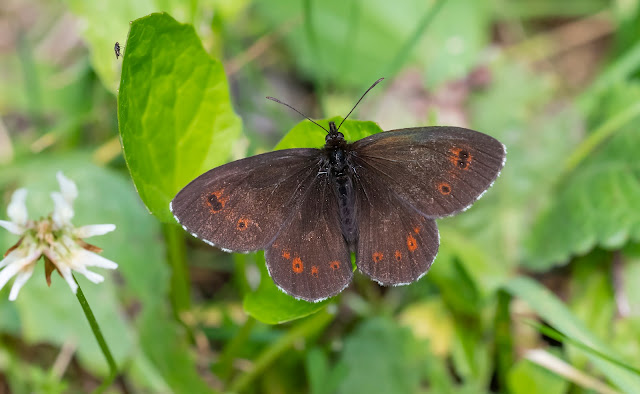 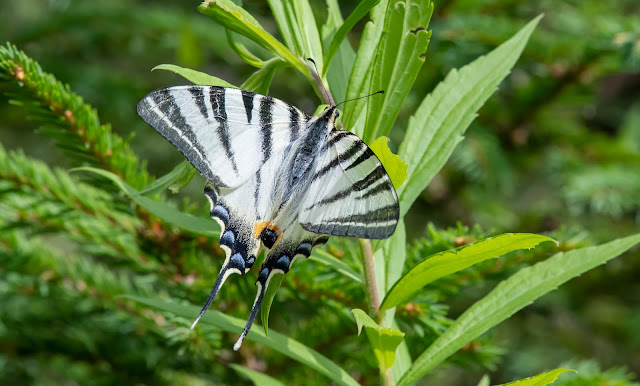 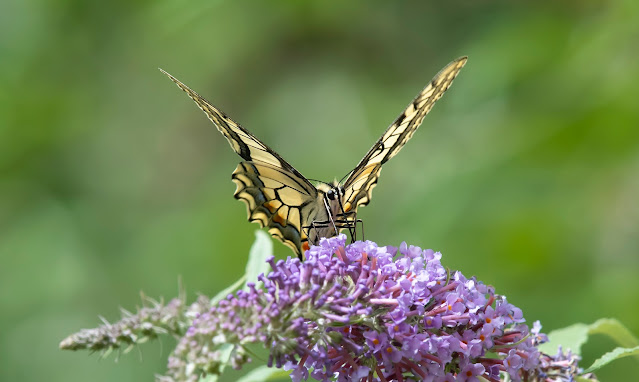 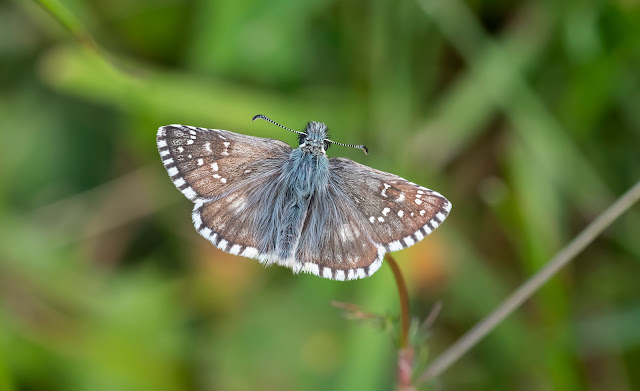 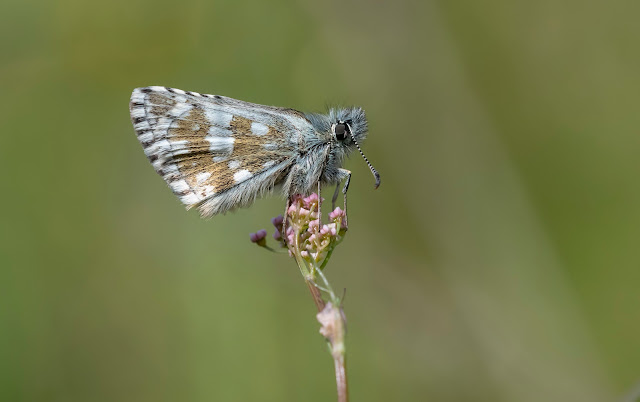 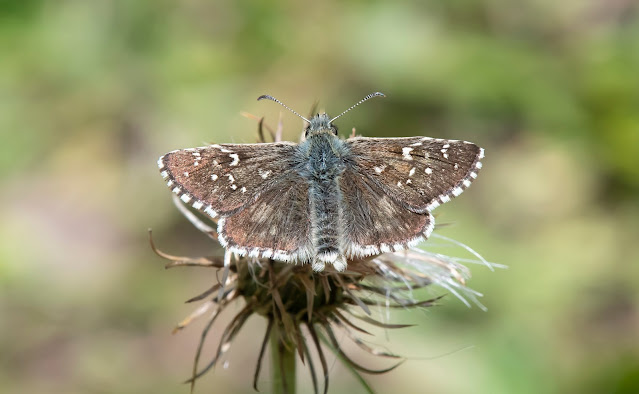 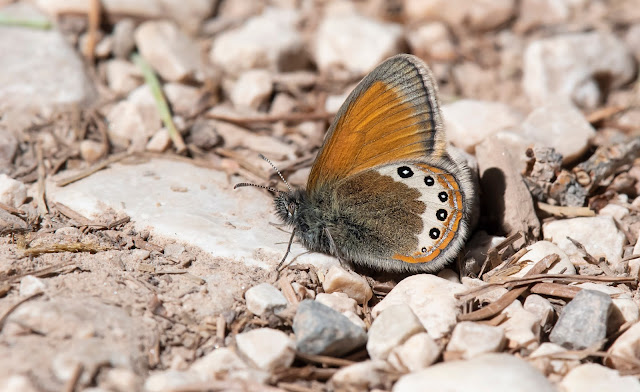 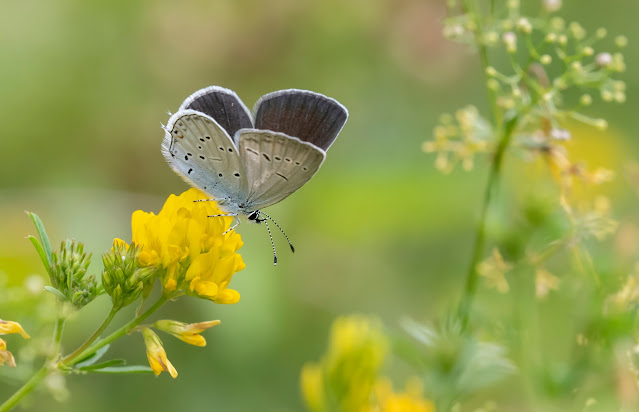 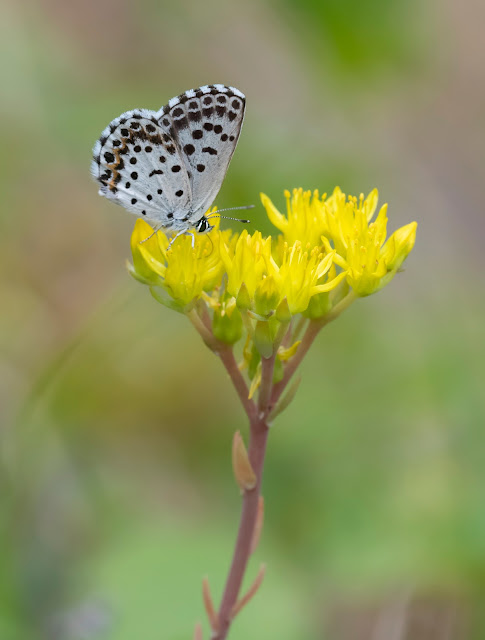 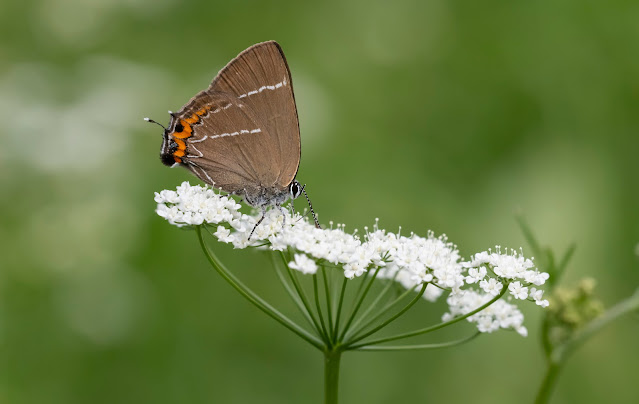 Posted by Bob Eade. at 15:14
Email ThisBlogThis!Share to TwitterShare to FacebookShare to Pinterest