Back to the Local.

After Transylvania I had a short break before going off to Italy and the Dolomites co-leading a butterfly tour for Naturetrek. There will be a few posts concerning this terrific trip shortly, but in the meantime there are a few bits and pieces from between the trips and just after getting back from Italy.

Some sightings were from the garden and some from my local patch. Also during a survey in Friston Forest a very fresh Scarlet Tiger was spotted. In fact 2 of these spectacular moths were seen, but one that had probably only just emerged posed quite well. 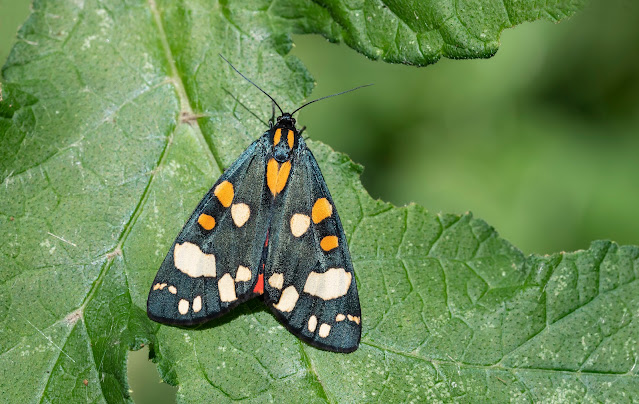 Scarlet Tiger.
In the garden the 2nd brood of Wall Brown are flying with a male posing well on the Ivy in the early morning sunshine. 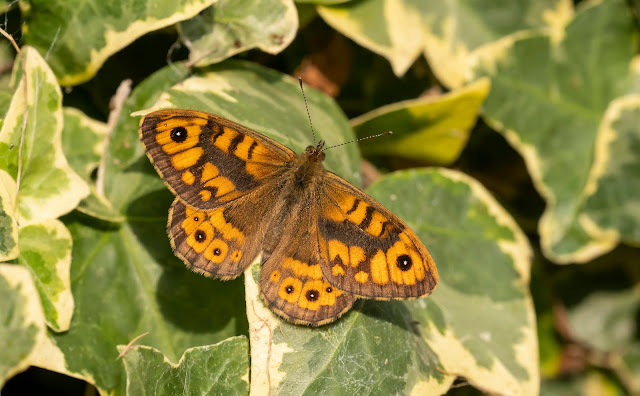 Male Wall Brown.
Also in the garden I was pleased to find a couple of Poplar Hawk-moth larvae on one of my potted Willows. Pete gave me two Willows a few years ago in the hope that some Hawk-moths would lay eggs on them. This is the first time they have, although I have had Herald and Grey Dagger caterpillars before. In a little over the week since I found them they have doubled in size and have now both left to pupate. 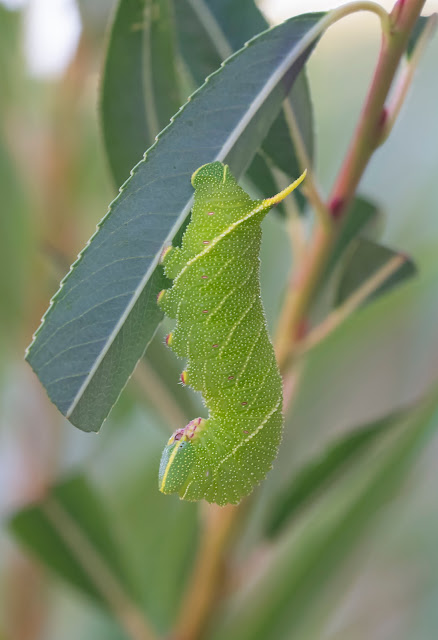 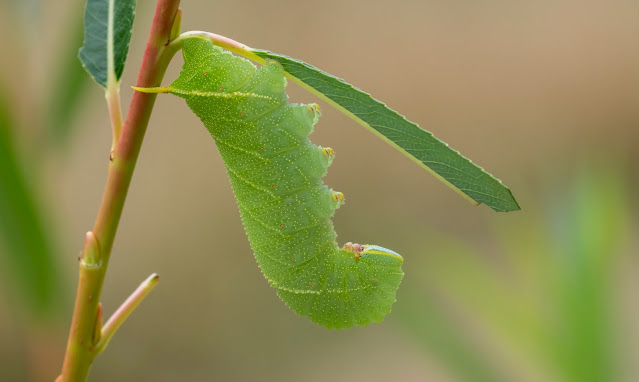 Poplar Hawk-moth larva.
On the patch Chalkhill Blue numbers have picked up well and several mating pairs have been observed. 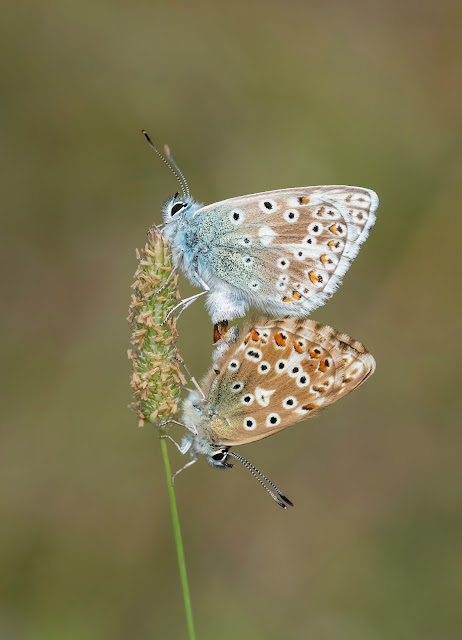 Mating Chalkhill Blues.
Finally, the 2nd brood of Lace Border are now on the wing with 2 spotted, both in very good condition. It's always good to see this rare moth has continued to breed locally. 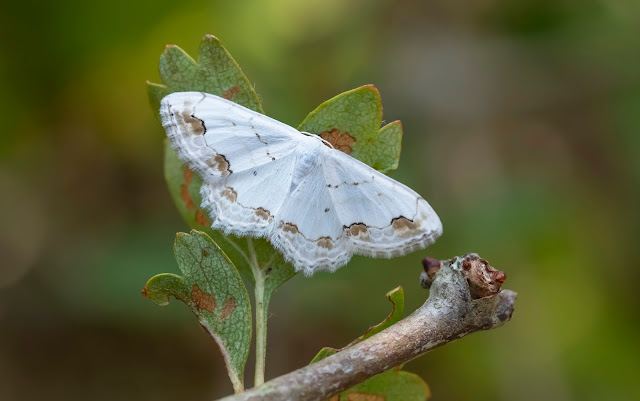 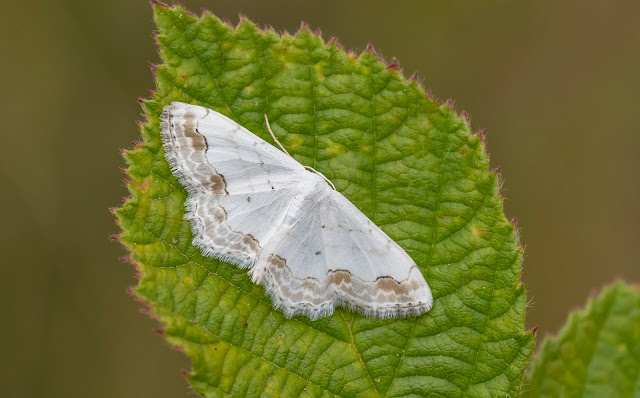 Lace Border.
Posted by Bob Eade. at 10:12
Email ThisBlogThis!Share to TwitterShare to FacebookShare to Pinterest