Life and Death in the Garden.

A couple of evenings ago I decided to have a quiet wine in the garden as it was such a stunning day. As I was sitting there I noticed a large Sparrowhawk circling in the sky, so as I didn't have the binoculars with me I quickly got them from the kitchen table and went back outside. Of course, there was now no sign of the bird!!

Relaxing again I suddenly had what appeared to be 2 fighting birds almost hit my head as they flew just over me. They just about made it to next doors fence and it appeared they landed on the decking. After a bit of 'Bloody Hell' or words to that effect, I rushed to the fence and peered over and there was a large Sparrowhawk holding down a Pigeon. The camera with the telephoto was of course upstairs, so I quickly ran up the stairs and collected the camera, taking the converter off. As I looked back over the fence the Pigeon was really struggling and the Sparrowhawk had to fly with its prize, but only a few feet, which was just as well as it would have been too close for the 300m lens. It was now just in front of the garden shed next door. I was able to poke the lens through a gap in the fence and shoot off quite a few photos. 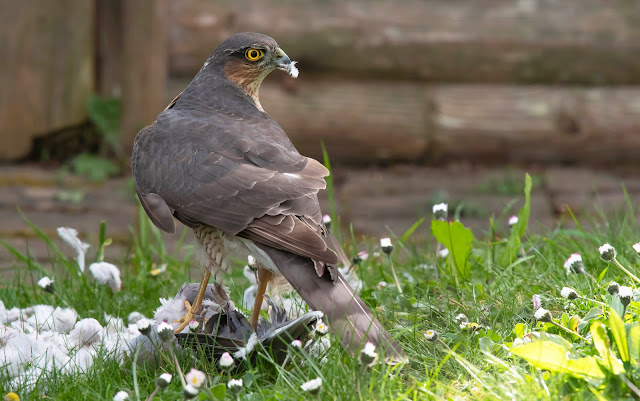 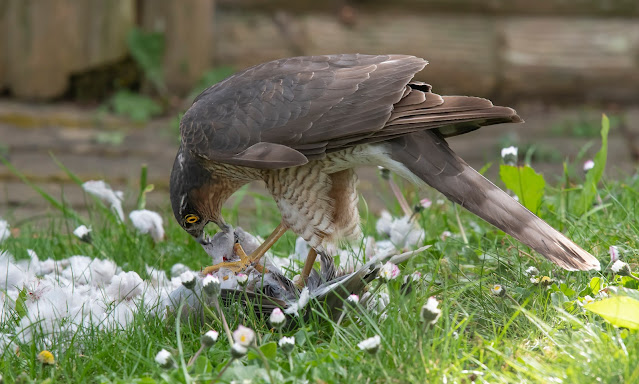 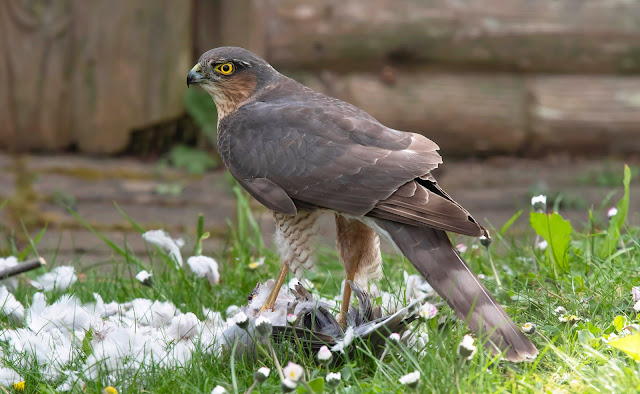 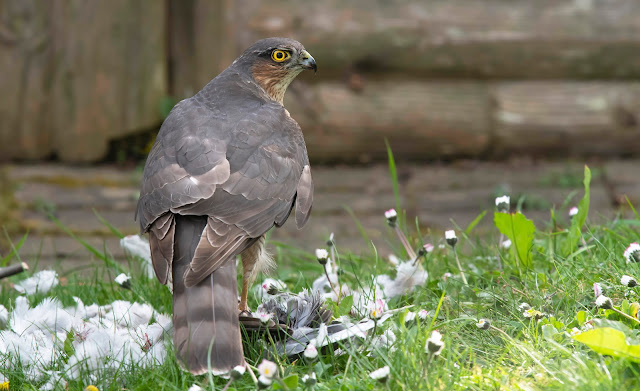 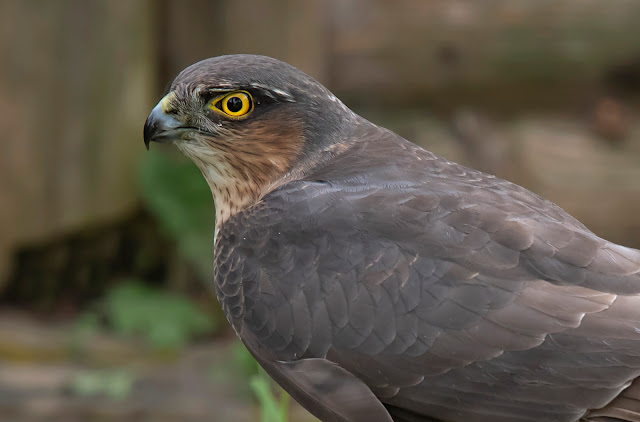