During the latter part of the Summer I've had the pleasure to lead several field trips to Ashdown Forest for Naturetrek, concentrating mainly on birds and the smaller members of the natural world.

Although many of the clients main interests were birds few had really got close and personal to the close up world of insects, but the comments at the end of the trips were all positive and I'm sure many of them will be spending more time looking closely at the smaller creatures in the future.

During these trips my camera wasn't used much as I was trying to find lots of things of interest for the visitors, but a few shots were taken of really special things. A few of the photos here were also taken on my own visits when checking the areas out.

There were of course many decent birds seen and most trips had Dartford Warbler, Common Redstart, Tree Pipit, Woodlark, Hobby and a young Cuckoo also put on a great performance for us as it hunted hairy caterpillars on one trip. The image below shows the young Cuckoo with what I am sure is a Pale Tussock larva. 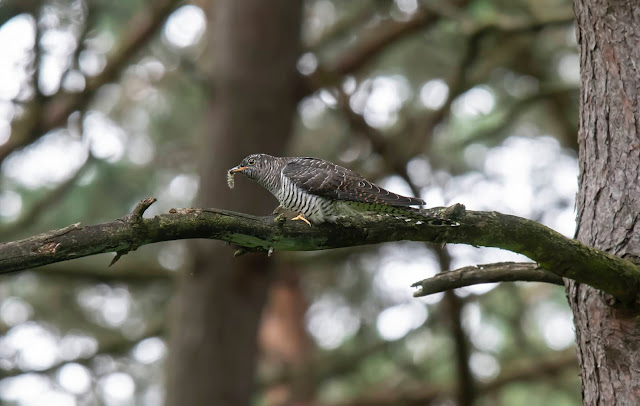 Immature Cuckoo with Pale Tussock larva.
As there are so many acid pools on the forest the scarce Small Red Damselfly are found in quite good numbers and on the cooler days a very close approach was possible. 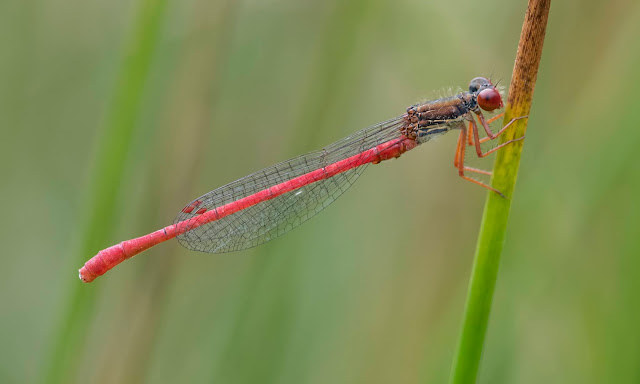 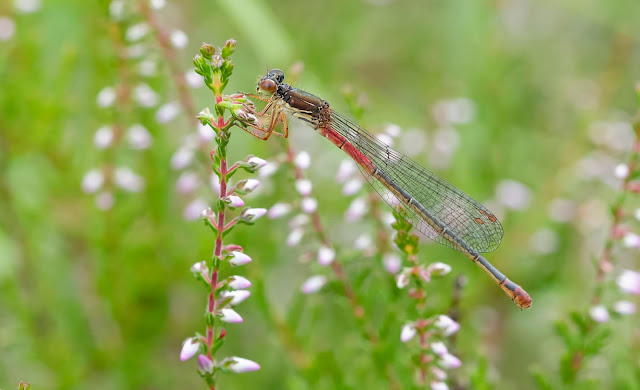 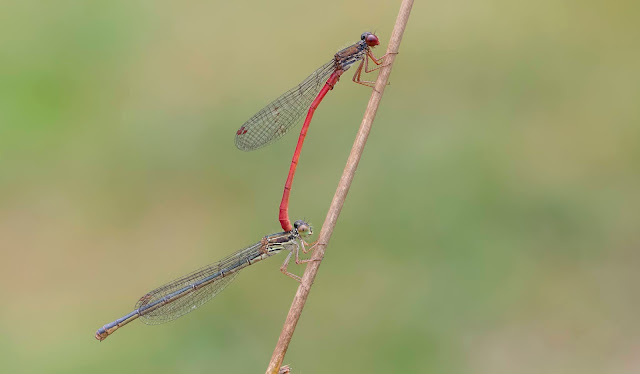 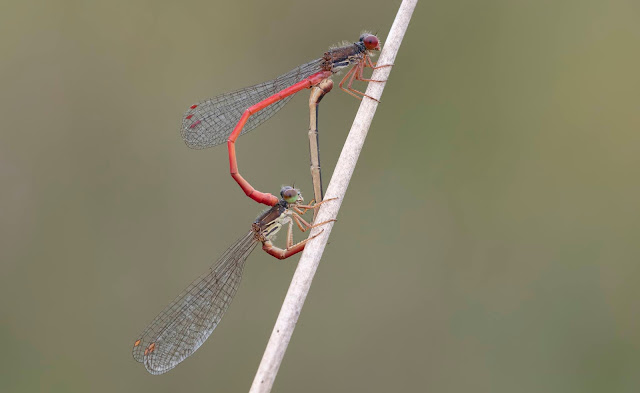 Mating Small Red Damselflies.
Unfortunately, the Black Darter were slightly later this year in appearing so these were only seen a week after the final trip. However, many superb dragonfly species were seen including Golden-ringed, Southern, Brilliant Emerald, Keeled Skimmer, Emperor, Migrant and of course the Common and Ruddy Darters.
A later visit produced the Black Darter images. 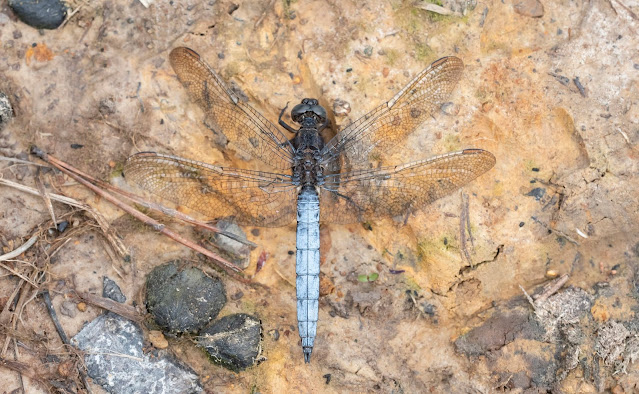 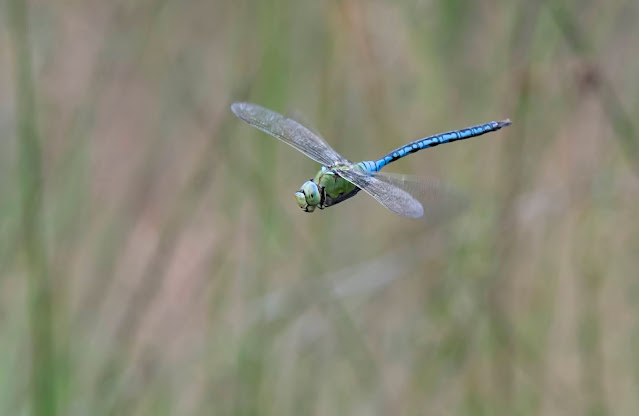 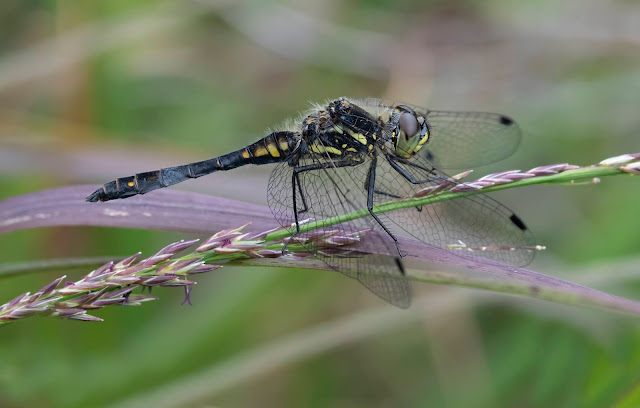 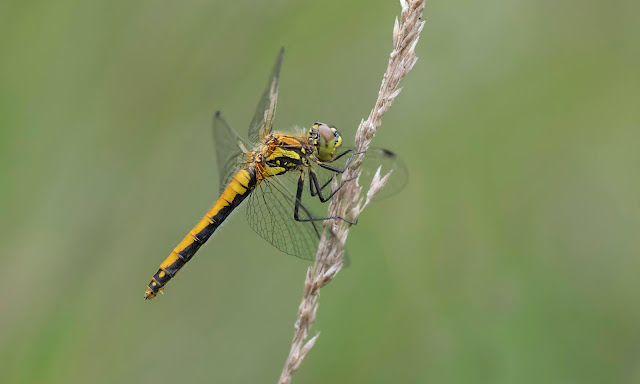 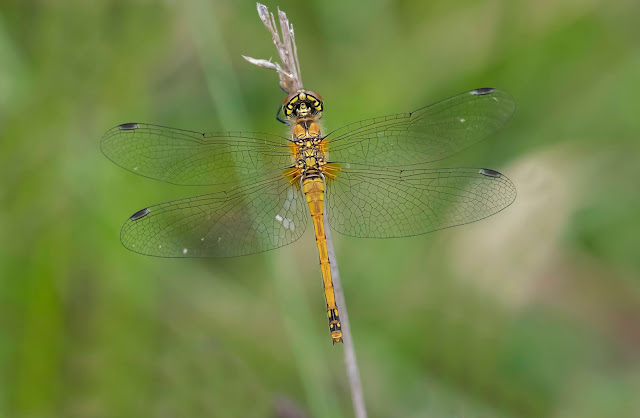 Immature Black Darter.
Also popular with the clients were the 2 rare species of spider that were seen in reasonable numbers with both the Green Huntsman Spider and the Common Raft Spider being seen on all the trips. Immature spiders were quite numerous and some lucky sightings were also obtained of mature individuals with some groups. 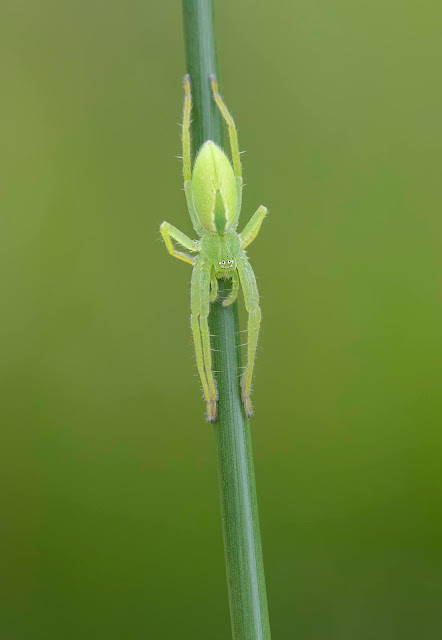 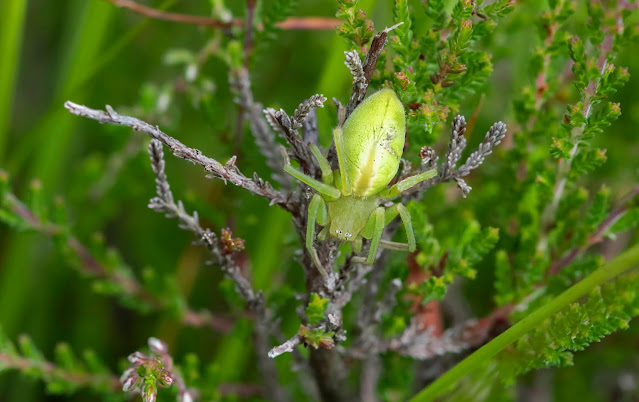 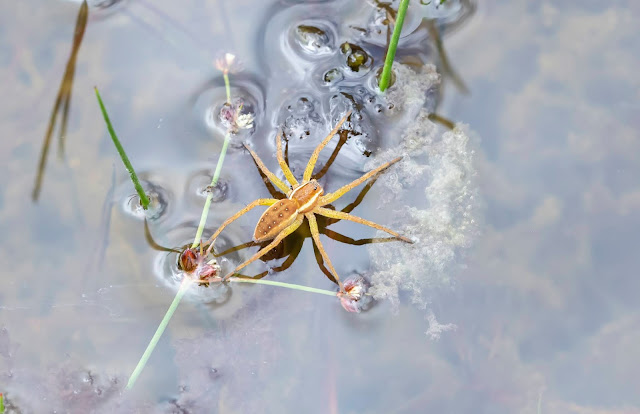 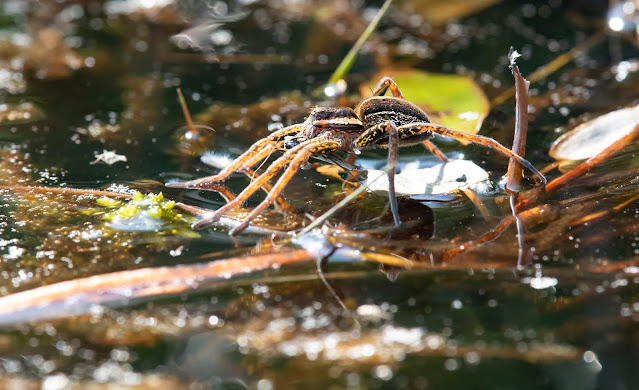 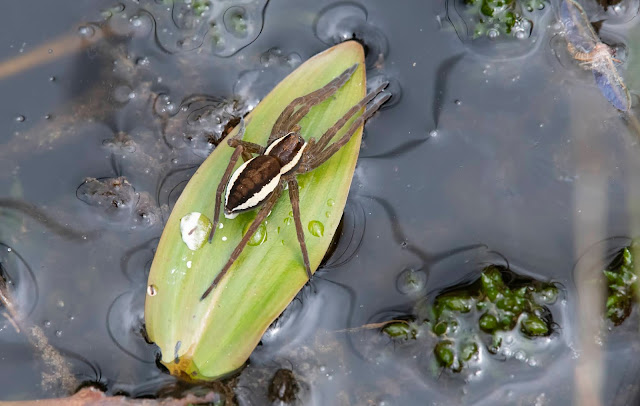 Half grown Raft Spider hunting.
Away from the water a female Raft Spider was found on a nursery web, as it sat protecting its web full of spiderlings. 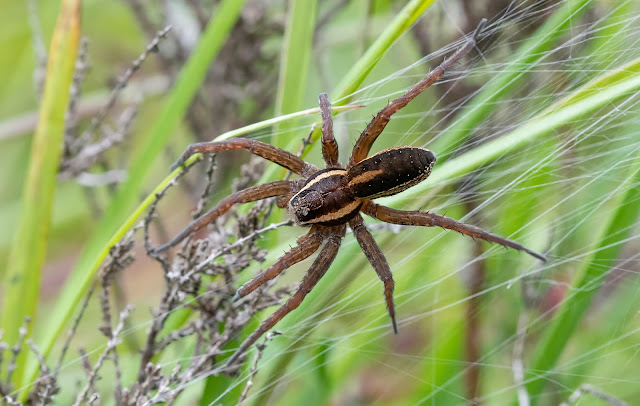 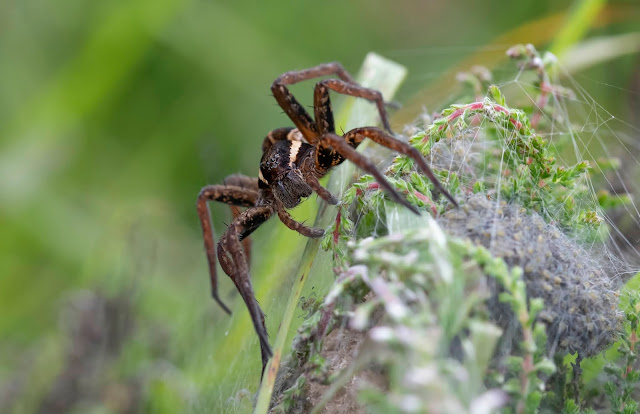 Female Raft Spider on nursery web.
Spiderlings can be seen on the right of the picture.
As we walked past the masses of Heather I was always on the lookout for the caterpillar of the Beautiful Yellow Underwing. When I did eventually see 2 feeding together my clients wondered why a bloke could get so excited about a caterpillar, however, when they looked closely at the stunning caterpillar, they did realise why it was a special find. 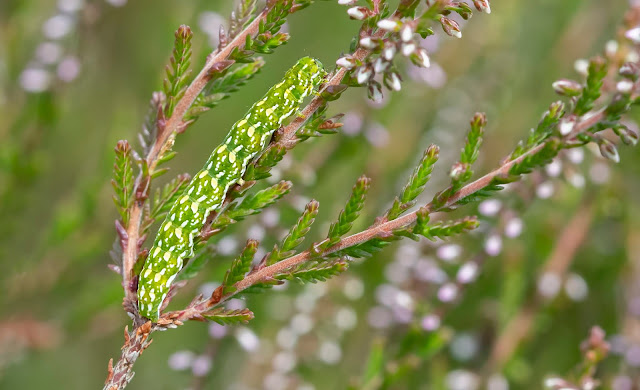 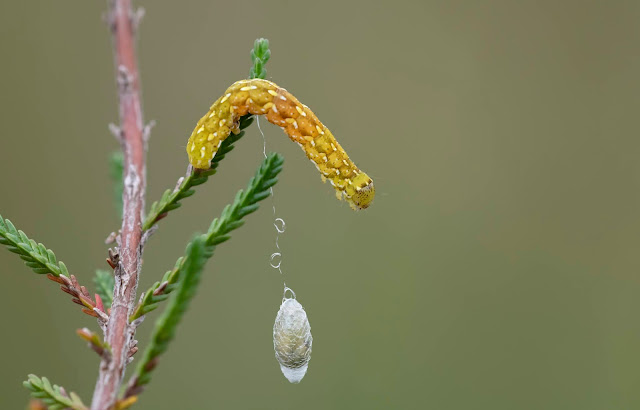 This poor Beautiful Yellow Underwing larva had been predated by some grizzly creature. Probably an ichneumon wasp of some kind, and the larva of the predation species appears to be feeding off the moth caterpillar by a kind of umbilical chord, draining the fluids. A totally gruesome way to go!!
We did also find a wonderful, and very large caterpillar of the Emperor Moth on one of the trips.

Posted by Bob Eade. at 09:35
Email ThisBlogThis!Share to TwitterShare to FacebookShare to Pinterest