As Autumnwatch have been using my image of a Long-tailed Tit on some of their promotional activity I thought I would replace my header page. After all, if it is good enough for the BBC it should be good enough for my blog!!

With calmer, mild nights the moth trapping has been pretty good over the past few nights and I've had a few new species for the garden.

This morning I also had a message from Clare saying she had caught a Radford's Flame Shoulder, a rare migrant moth that has been seen in pretty good numbers along the coast this year. As I doubt I will catch my own I went over to her place to get a few shots of the moth as well as a White Speck and a Mottled Umber. 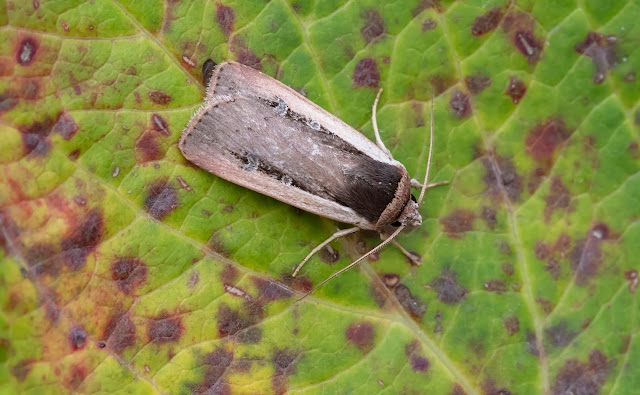 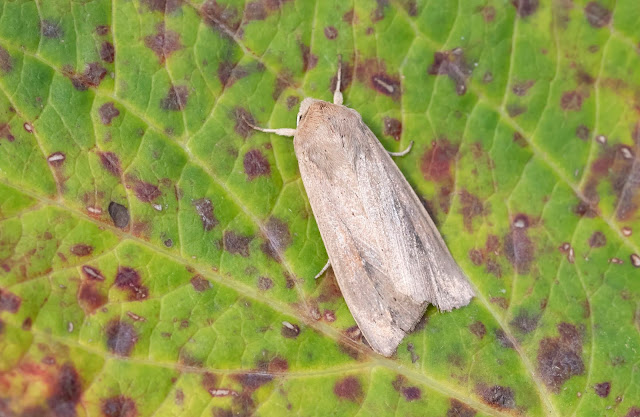 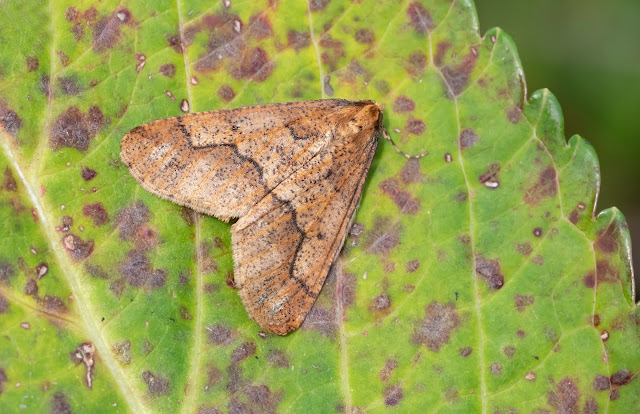 Mottled Umber.
As far as my garden trap went I didn't catch anything quite as rare but my first Feathered Thorn and Satellite were good to see as well as 3 Olive-tree Pearls. 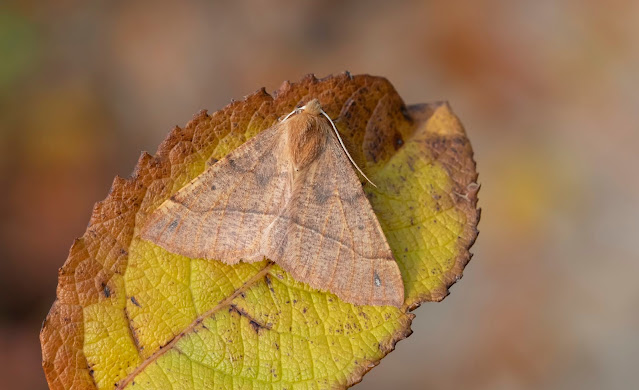 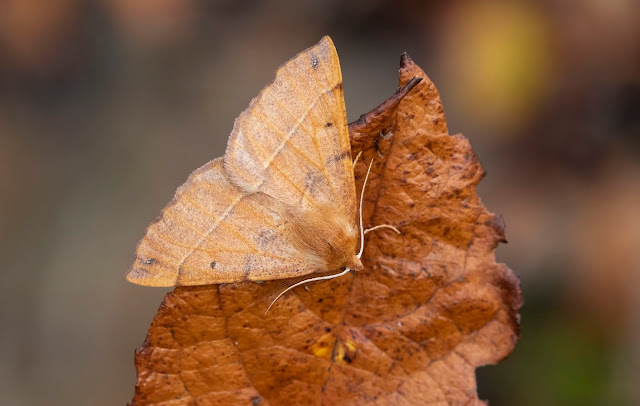 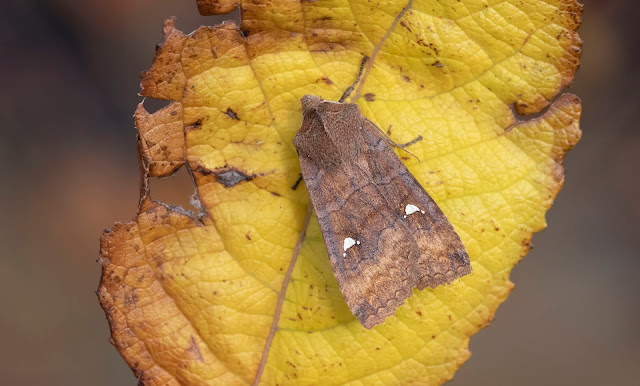 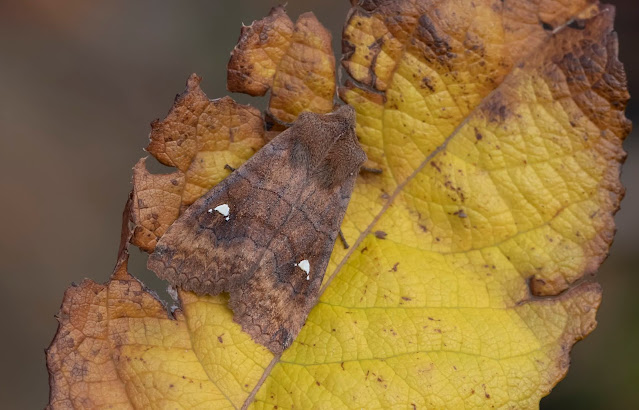 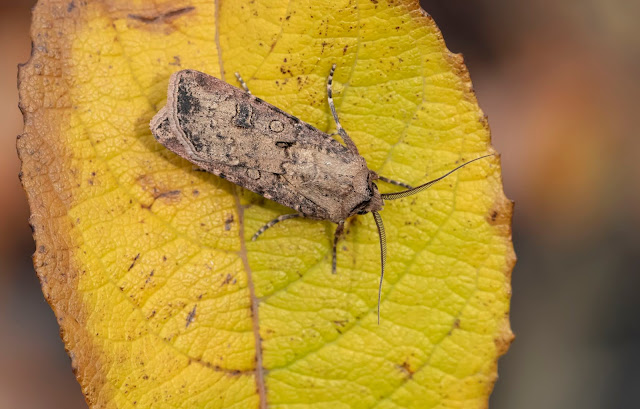 One of many Turnip Moths caught this Autumn.
Posted by Bob Eade. at 15:59
Email ThisBlogThis!Share to TwitterShare to FacebookShare to Pinterest