I feel I am in a type of lockdown currently with very few opportunities to venture out, which is one of the reasons that the moth trap has been so well used recently.

One of my few trips out was last week when I went out to hunt for the bizarre fungus, the Octopus Stinkhorn, also known as Devil's Fingers.  This is a species I have never seen before and knowing there were a small number about I headed to a known site and started hunting.

Unfortunately I was unsuccessful, but a good friend had seen one a few miles from where I was and I had a good description from him of the site. Even then it was so well hidden I couldn't find it. I called him up on the mobile and he then told me exactly where to look and I did see it. It was in very deep undergrowth and it was also slightly past its best so I didn't photograph it, but it was good to finally catch up with this species, so thanks to Jim.

At the first location there were very high numbers of Fly Agaric which gave me some photo opportunities. A species that I don't often see in decent numbers. A few other fungi were also seen, although the light was fading early in the overcast conditions.

A pleasant day out, and hoping for some more chances soon. 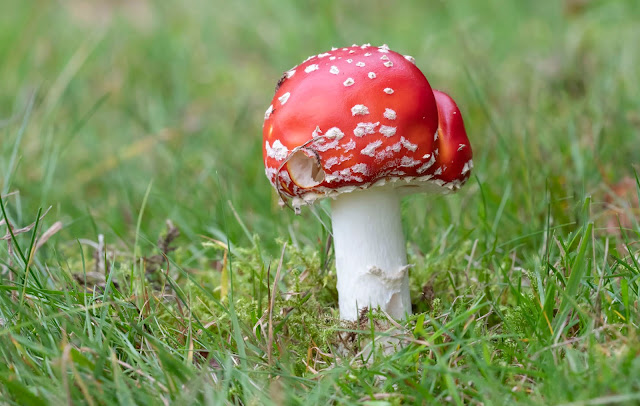 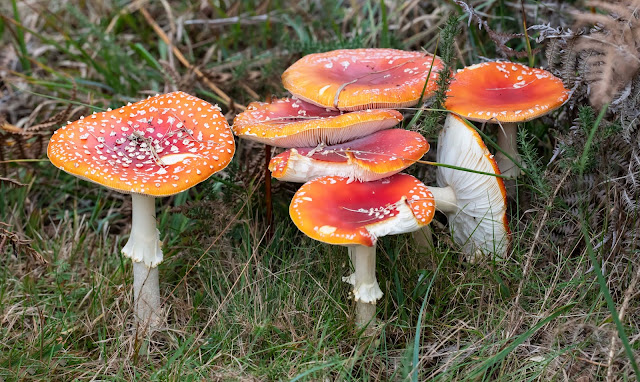 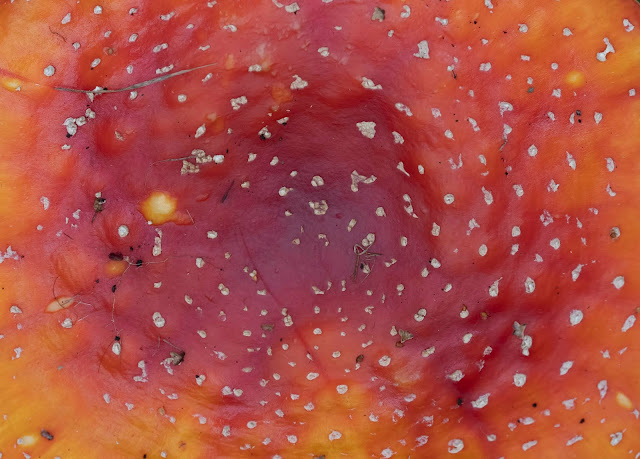 Close-up on the top of a Fly Agaric. 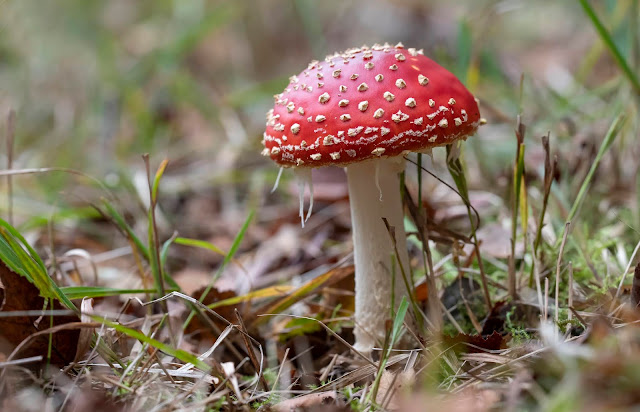 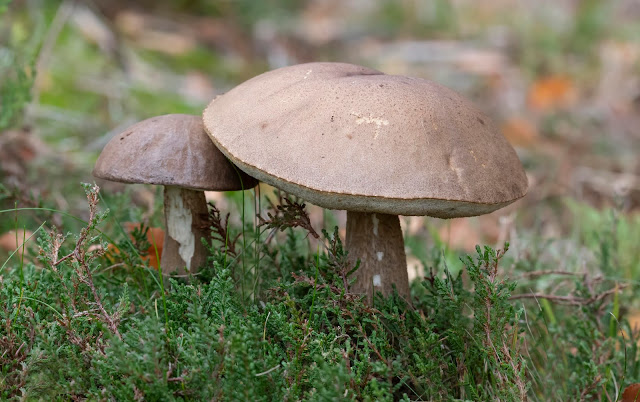 Posted by Bob Eade. at 15:19
Email ThisBlogThis!Share to TwitterShare to FacebookShare to Pinterest