The Chalk Hills are Blue.

Earlier in the year when the lockdown was happening I was hoping that by the time the Chalkhill Blues were flying we would be allowed back out as this is a species I love watching early in their season.

A few days after my first sighting there was a lovely clear still morning, so it was a mega early start hoping to find some roosting Chalkhill Blues waking up in the sunshine.

It didn't take too long finding some in good positions and then it was just a waiting game for them to wake up and expose their top-wings to warm up.

This species always roost head down and most of them when they wake up open up and stay head down, however, one of my subjects decided to walk around his chosen perch and ended up with his head up, which made a pleasant change from the normal shots that I already have many of.

A beautiful morning which actually finished just before 7am. 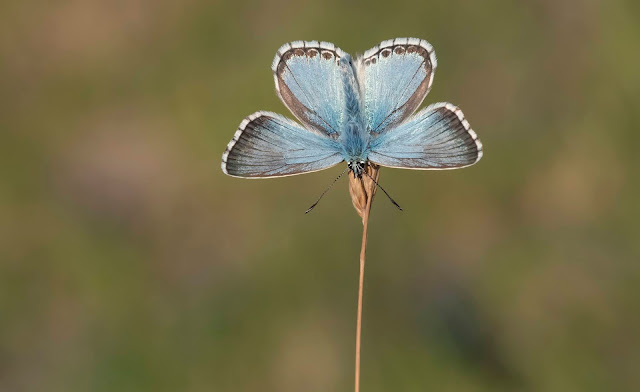 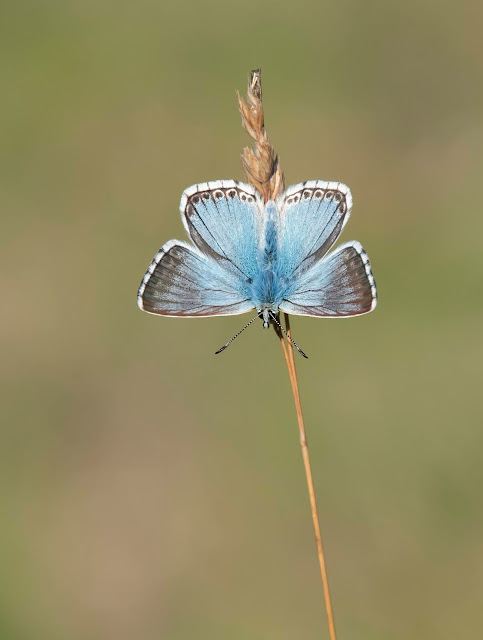 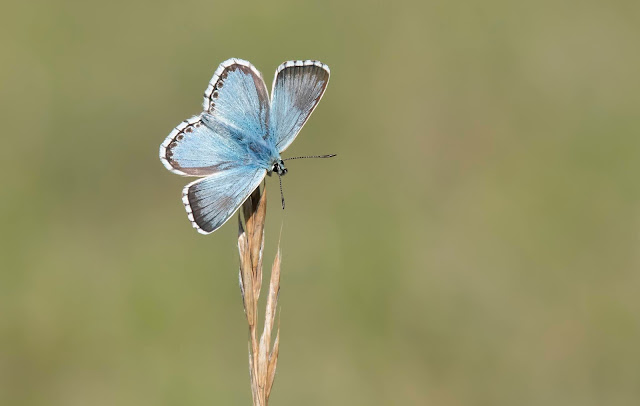 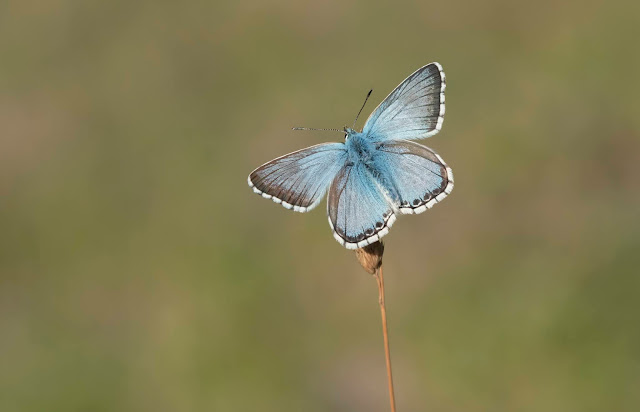 A few days later I headed back to the area where on a windy afternoon I found several mating pairs of Chalkhill Blues and nearby a beautiful Dusky Sallow moth on a Ragwort flower. 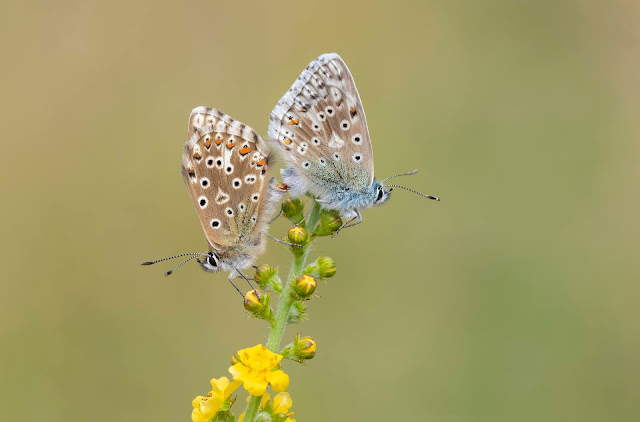 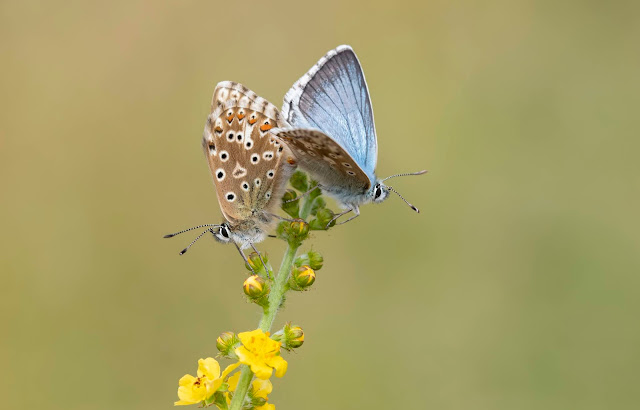 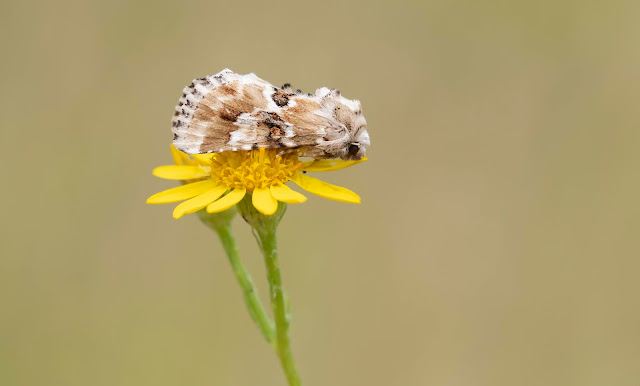