A couple of weeks ago I headed onto the patch to see if I could find any Mecyna flavalis or Thyme Plume moths.  Both are notable moths and ones that I have seen regularly over the years on the patch, however, last year neither of them were seen so I was hoping to check that they were still around.

On entering the area I was pleased to see a couple of Chalk Carpet, another notable moth that I see most years in small numbers here.  I was trying to creep up on one of the Chalk Carpets when I saw a smallish white moth land nearby. I left the Chalk Carpet just to check on the white moth, and as I focused the camera on the moth I could see it was a species that I was not familiar with at all. I managed just the one shot of it before it flew away into a mass of bushes.

I didn't have a clue as to what the moth was until I got home, fortunately the markings were very distinctive and I quickly found it in the books and identified it as a Lace Border.  It was classed as a NA meaning it was quite a rarity. I then checked out the History of  Butterflies and Moths of Sussex and saw that there were very few records of the moth in the County of Sussex. This was it seems only the 3rd record since 1976, although the other 2 records were in the past 2 years. Several searches since has not produced another sighting for me, so I have to assume it was a migrant moth, although the foodplant for the species is present so more hunts are on the cards. 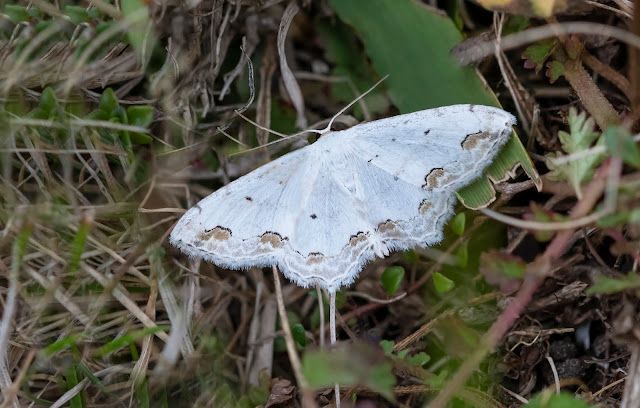 Following this find I then went on to find 2 more Chalk Carpet as well as a few Mecyna flavalis and 4 Thyme Plume, so it was a very productive session. 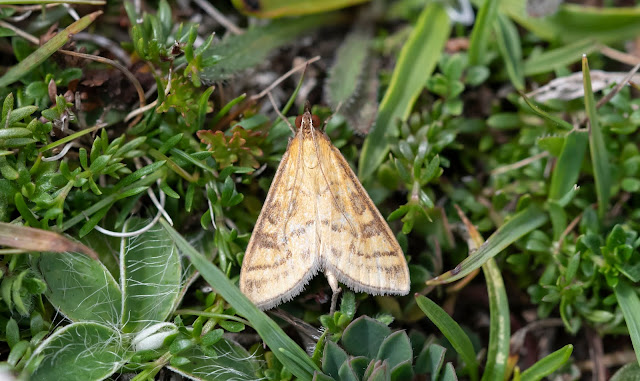 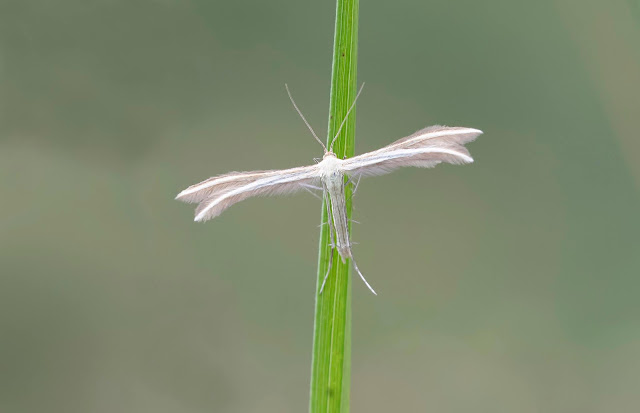 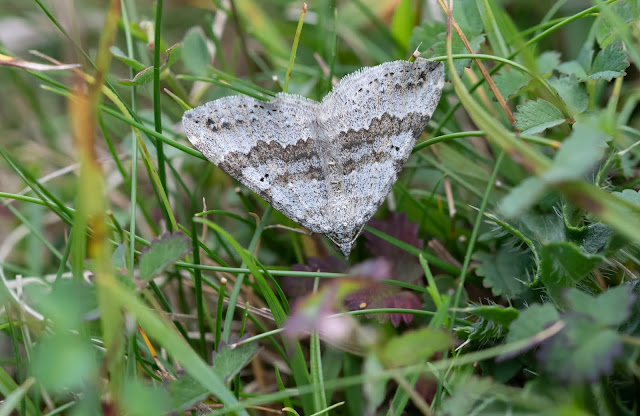 The following day I did search for the Lace Carpet again and although I failed with the moth I did find a stunning Clouded Yellow female of the form helice. 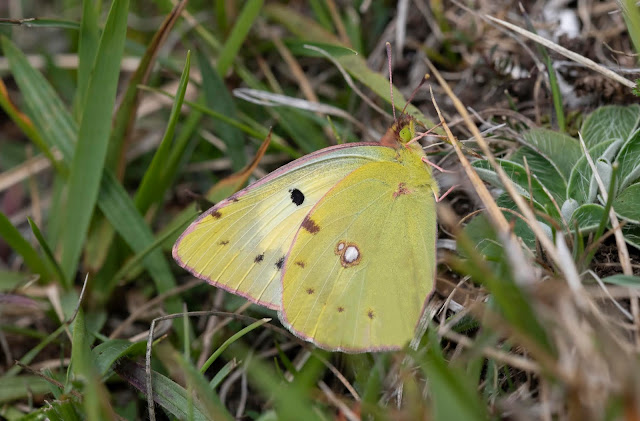 Posted by Bob Eade. at 18:12
Email ThisBlogThis!Share to TwitterShare to FacebookShare to Pinterest