Another early morning start found me again walking the mile to my patch hoping to have another attempt at the Common Whitethroat and perhaps the Fox cubs.

As it was the Fox cubs saw me before I could get close, and the Whitethroat didn't sing from the same bush as last week, and then I saw its partner close in the bush so I quickly retreated in case there was a nest nearby.

I was then thinking I was going to have one of those mornings when suddenly things improved enormously.

First, a male Stonechat sat up for me on a nearby bush looking pretty smart. 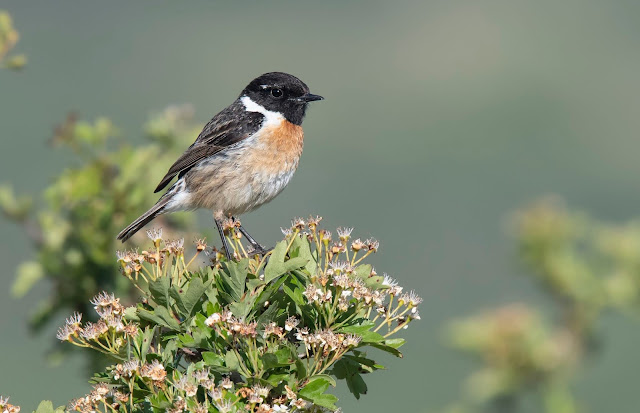 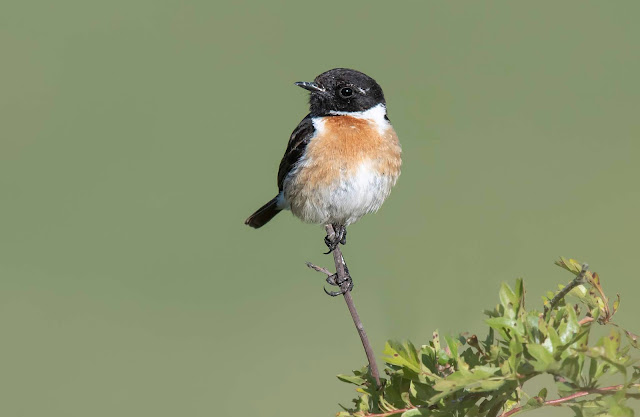 I then started to hunt out roosting Skippers, as it was a pretty chilly morning and the sun was still not on this part of the patch. After around 30 minutes and nothing found the temperature rose just enough to get things moving and a very nice Small Copper was suddenly flying around me.  As it was trying to warm up further it was perching higher up the bushes and several shots were taken of this lovely individual. 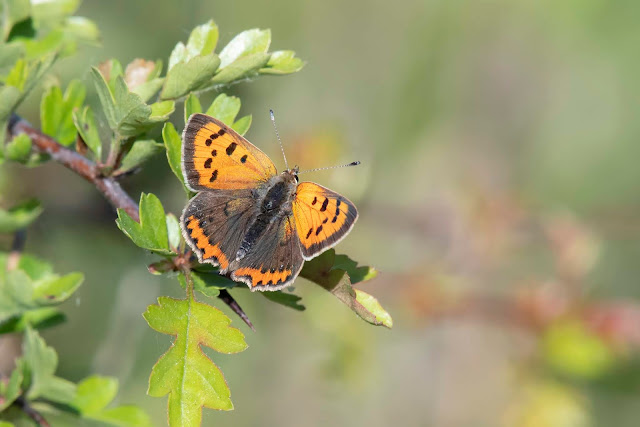 I then moved further along the valley heading towards my favourite Green Hairstreak bush, but before I got there a Four-spotted Chaser was seen that was also trying to warm up enough to fly. Although it flew short distances it posed very nice briefly showing the intricate wings. 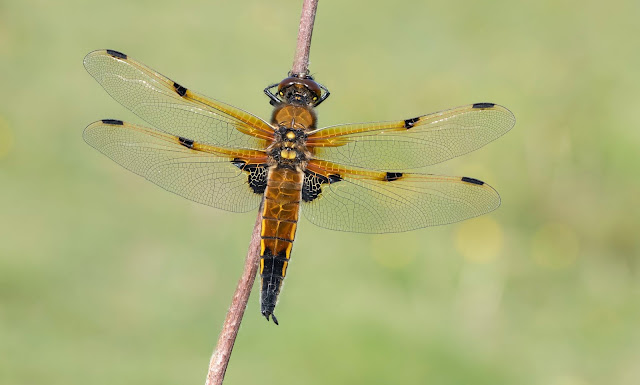 On arrival at the Green Hairstreak bush I saw a couple of battling Hairstreaks as well as a Lackey larva and a Box Bug, a possible new species for me. The Lackey caterpillar is one of our most colourful and is the species I photographed and posted on the blog recently when I found a larval web full of them. This one had now left the web as it had matured further. 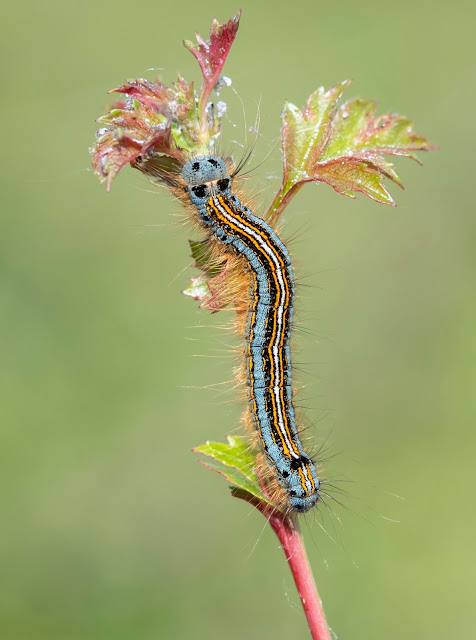 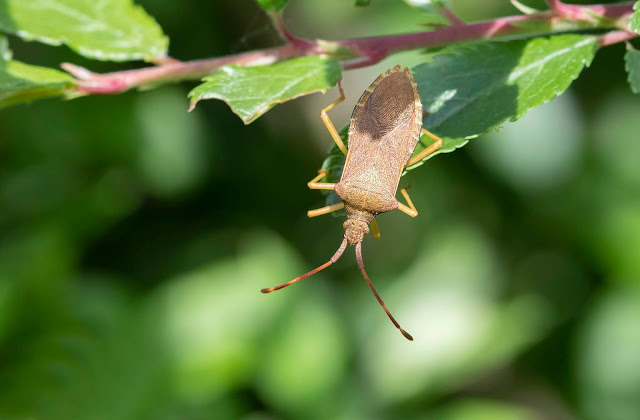 I now concentrated on the two Green Hairstreak that were still trying to knock each other out. One of them was very fresh whilst the other was showing minor battle scars. Following one of their skirmishes the sun suddenly went in and the temperature immediately dropped. The fresher butterfly then took several very short flights landing on low vegetation instead of the bush and showing extremely well. 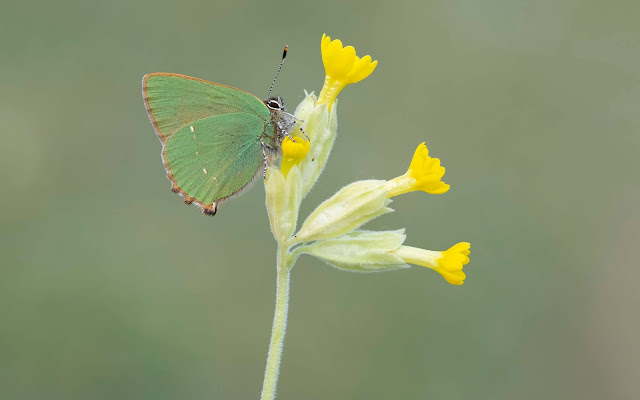 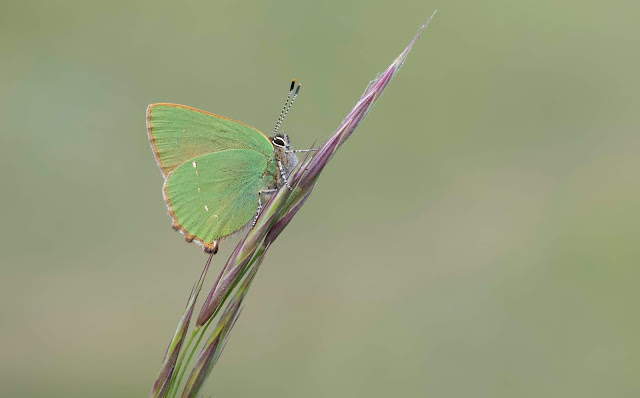 Posted by Bob Eade. at 17:01
Email ThisBlogThis!Share to TwitterShare to FacebookShare to Pinterest