My third early morning trying to get Adonis Blues waking up was once again hampered by the fact that Adonis Blue were a little thin on the ground, and once again I had to be content with some lovely Common Blues.

On arrival I was met with a gorgeous scene, and although I rarely photograph landscapes I couldn't resist taking a shot of the beginning of the day. 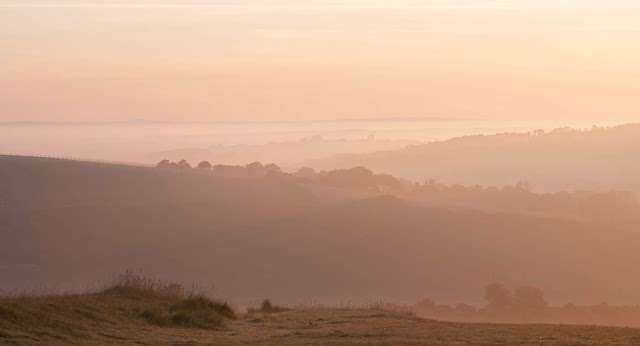 After finding a few fresh looking butterflies at roost it was a short wait for them to start opening up.  This time a couple of male Common Blue were just behind a male Adonis Blue, unfortunately the Adonis was not a fresh individual although the Common Blues were both pretty good.
Unlike the females the male of this species are pretty uniform in their appearance. 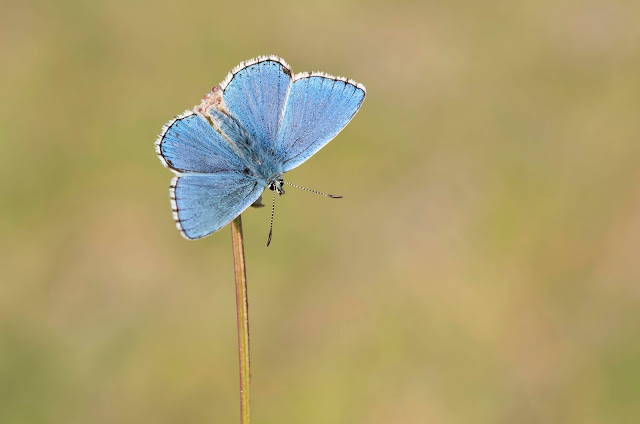 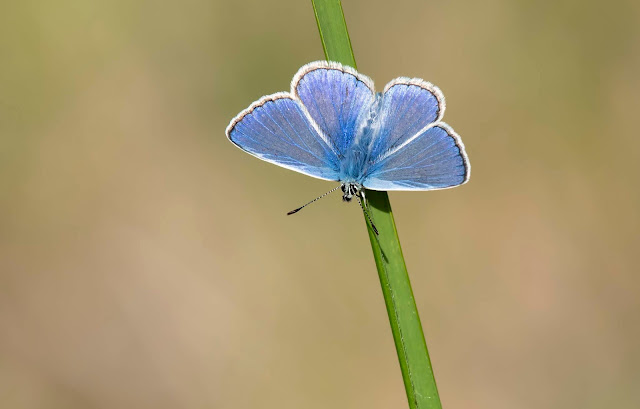 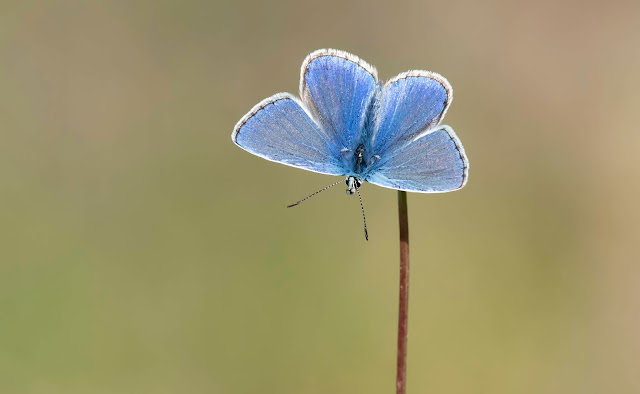 It was then the turn of the 2 females I had found to open. One of them was pretty standard for the modern female Common Blue, but the 2nd one was a particularly bright individual. 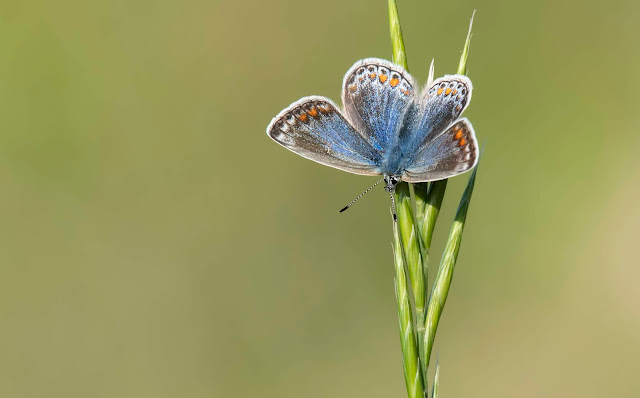 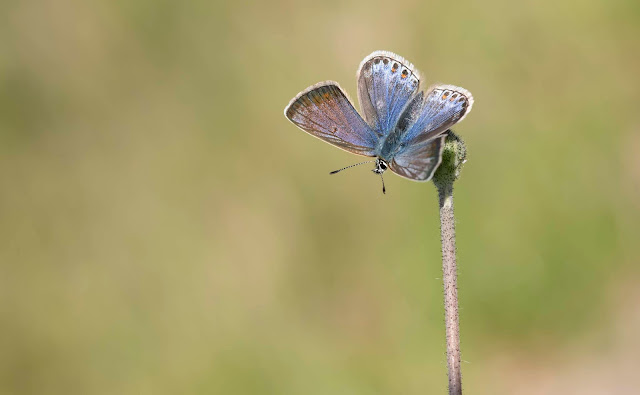 All the time I was watching and waiting for the Blues to open up I was once again enjoying watching the family of Foxes playing some distance away. At one time I had the four cubs and both parents together. Once the adults had vanished I was amazed when a fifth cub joined the four already out.  I had seen four on so many occasions that I had assumed that was how many there were in the litter. After the butterflies had flown I did manage to get just about close enough to the cubs for a few photos. 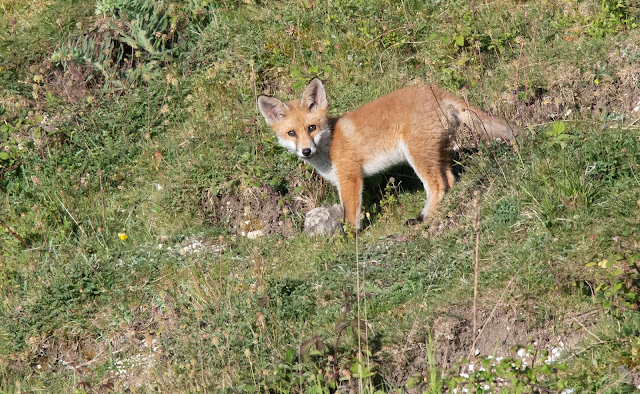 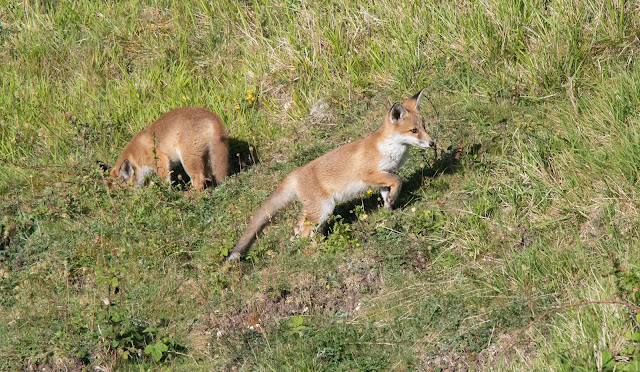 Posted by Bob Eade. at 13:46
Email ThisBlogThis!Share to TwitterShare to FacebookShare to Pinterest